Martha Stewart has cooked, in her estimation, more than a thousand turkeys over the years, in her work as a caterer and media giant and as the host of her own over-the-top holiday meals. But as she laughs about the number of birds she's cooked, she notes that she's ready for more.


“I love fresh turkey,” she says. “I usually raise my own turkeys. I think if you are going to spend all those hours on your turkey, you have to have the best. This year, I’ll have about 17 people for Thanksgiving, so I’ll do three turkeys. One is spatchcocked, one is topped with cheesecloth and roasted, and one is fried. It’s a lot of turkey, but everyone loves it.”


Stewart is offering the recipe for her spatchcocked turkey through Uber Eats this year, along with recipes for her roasted fruit and vegetable stuffing, gravy, and cranberry sauce. She says the spatchcocked turkey is one of her favorites, and that she makes it every year.


“It’s so great,” she says. “It cooks in less than an hour and a half, compared to the three or four hours it takes for a whole turkey. And then, you can cook the stuffing underneath the bird. It’s very easy to carve and it's very tasty.”


What else is on her menu this year? She says she likes to start with a light soup, usually a pureed squash soup or vichyssoise. Key to her table are her mother’s mashed potatoes, for which Stewart steams and rices potatoes, then mixed in cream cheese, heavy cream, salt, and butter. She makes her stuffing with brioche, chestnuts she roasts and peels herself, apples, pears, dried apricots, and prunes. She cooks some of the stuffing under her spatchcocked turkey, and the rest in a separate pan so vegetarians can eat it. She also makes cranberry sauce, gravy, creamed spinach, and sweet potatoes that are cooked in the style of pommes Anna — thinly sliced and layered in a casserole with clarified butter (no marshmallows for her). She balances all that richness and cream with a few lighter options to keep palates refreshed: steamed broccoli, plus a fruit salad of grapefruit, oranges, and pineapple. Then comes dessert; she always rounds out the meal with her famous pies. Her brown butter apple pie and lemon meringue pies are a must (she says she has friends who insist on the lemon pie each year). She also makes her own mincemeat for a mincemeat pie, and also likes to include a pecan pie (preferably one with chocolate).


For all that deliciousness, it sounds like the sandwich that comes the day after might be her favorite part of the holiday meal.


“I love a turkey sandwich,” she enthuses, as she explains in detail what goes into her favorite version of the classic day-after meal. “I put stuffing on my sandwich; that’s very important. And crunchy lettuce; it has to be iceberg. And you need mayonnaise or Russian dressing, plus some cranberry sauce. But, if someone wants a hot turkey sandwich, you have to have gravy for that. And the bread is important. I like to use Japanese milk bread, or the pain de seigle bread from Balthazar; it’s a multigrain, and I cut nice big slices from it. It’s really great.”

The combination of meat, creamy dressing, crunchy lettuce, tart cranberry, and savory stuffing is proof that Stewart keeps an eye on every detail while planning her holiday meals, even the leftovers. 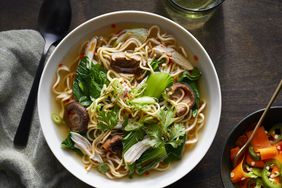 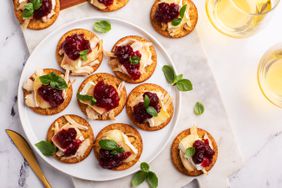 The Best Friendsgiving Is Made of Snacks 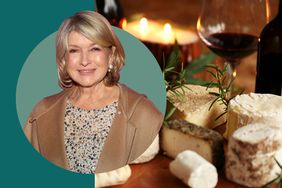 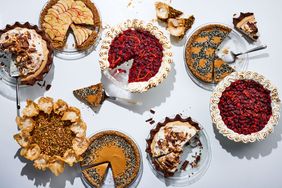 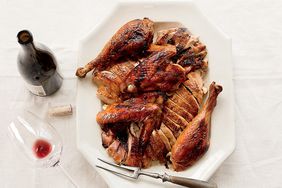