If you want to become a formidable baker, plan to make one cake every month for a year.

When I decided to enroll in pastry school, I had (or thought I had) a pretty decent foundation of baking know-how. I could follow a recipe no problem, and I could always tell when my cake was finished — even without a timer. I was more than capable of assembling the layers, frosting the cake, and using a piping bag to decorate it. But once I got to school, I realized just how much there was to baking that I hadn't ever realized. I learned how temperature affects whether or not a frosting will stick to the side of a cake and what techniques to use in order to prevent sugar from crystallizing. I learned how gluten is created and all about the chemical reaction baking powder has when it meets a liquid. At the end of my two years in school, I emerged from the kitchen confident and informed. A lot of what I learned came from my instructors, who had years of hands-on experience and knowledge to impart. But a lot of it came from practice. In baking, as in life, things don't always turn out right the first time, so it's important to stick with it. Skill and confidence will come with practice.

If you want to become a formidable baker but pastry school isn't in the cards for you, plan to make one cake every month for a year. Not only will you learn multiple techniques, but you'll begin to feel more comfortable with baking. Bonus: You'll have a different cake to eat every month for a year. Here, the 12 cakes to help you conquer your baking fears.

For your first month, make this snack cake, which is easily thrown together by mixing the dry ingredients with the wet. The recipe uses browned butter; it's made simply by melting butter in a skillet over medium heat until the water evaporates and the milk solids are toasted and fragrant.

While traditionally made with pineapple, this recipe uses crisp fall apples that get baked in a pool of concentrated maple syrup. How do you turn the cake out without it breaking apart? After it's cooled until warm, place a large platter directly on top of the cake pan. Then, with one hand on the center of the platter and one on the bottom of the cake pan, carefully, yet confidently, invert the pan while still holding the platter. Then slowly remove the cake pan. Voilà!

Get the Recipe: Maple-Apple Upside-Down Cake

The holidays call for a show-stopper of a cake, and this coconut cake will tower over your table. It'll require you to practice cutting even cake layers, so you'll need a good serrated knife and a steady hand. From there, just spread the zingy passion fruit filling between each layer, stacking the cakes nice and tall. Cover it with whipped cream and toasted coconut and let your guests marvel at your handiwork.

Get the Recipe: Six-Layer Coconut Cake with Passion Fruit Filling

This cake is especially light and moist, which is particularly welcome after the decadent sweets of an indulgent holiday season. For its pillowy texture, egg whites are beaten until they form stiff peaks, then they get gently folded into the rest of the batter to preserve their airiness.

Get the Recipe: Honey Chiffon Cake

With only six ingredients and less than an hour of your time, this decadent chocolate lava cake looks more difficult than it really is and will surely impress at the end of a romantic Valentine's Day meal.

Get the Recipe: Molten Chocolate Cakes

You could make this in any pan, but the bundt is classic — and the cake comes out so beautifully that you don't even need to frost it! With its porter-spiked batter and warm whiskey-caramel sauce, this is the perfect dessert for St. Paddy's Day.

Get the Recipe: Porter Bundt Cake with Whiskey-Caramel Sauce

This retro cake never seems to go out of style, and that's fine by me. The secret to its tender and moist consistency is the use of oil and buttermilk instead of butter. In my opinion, it's the best vehicle for eating cream cheese — other than with a bagel.

This custardy cake is dense and slightly boozy. The eggs are whipped to create a sponge-like cake that the three milks ("tres leches") can soak into after it's baked.

Get the Recipe: Tres Leches Cake

The perfect layer cake for a celebration — whether it's Father's Day, a graduation party, or a birthday bash — vanilla cake with sprinkles and rich chocolate frosting will not disappoint. This cake uses both the creaming method (like chocolate chip cookies) and fluffy egg whites for its velvety crumb: You beat the butter and sugar, mix in the egg yolks, and then alternate dry and wet ingredients. The whipped egg whites and sprinkles are folded in at the end.

Get the Recipe: Best-Ever Birthday Cake

Yes, desserts deserve grill time too, and chef Stephanie Izard's crumbly skillet cake is the perfect one. While not a technique traditionally taught in baking schools, this is definitely one you should learn. Using those juicy summer peaches (or any seasonal fruit you have on hand), you can bake this cake in a cast-iron skillet, on the grill. It's a clever way to avoid turning on the oven.

Get the Recipe: Skillet Graham Cake with Peaches and Blueberries

If you can't stand the heat, get out of the kitchen — or, better yet, make this no-bake cheesecake. While it isn't a traditional cheesecake, it is a delicious six-ingredient version to keep in your back pocket, especially during the sweltering summer heat.

Get the Recipe: Lemony Layered Cheesecake

This recipe uses sour cream, which keeps the crumb cakes moist, and apples, which can easily be swapped out for berries or chocolate chips. The brown sugar streusel topping adds a sweet crunch and can also be used on top of pies and muffins.

Get the Recipe: Apple Crumb Coffee Cakes
Was this page helpful?
Thanks for your feedback!
Tell us why!
Related Articles 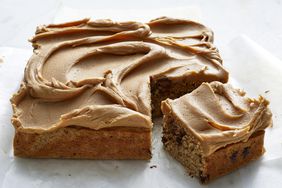 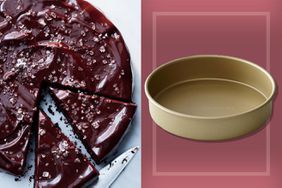 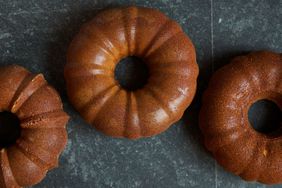 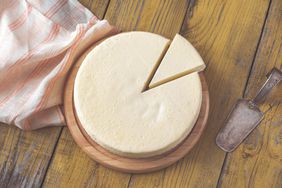