A new generation of Taiwanese-American chefs are creating a Stateside cuisine that is distinctive, personal, and American-born.

Taiwan is a uniquely food-obsessed place. And its idiosyncratic specialties—like tea with bouncy boba, shaved ice with ornate arrangements, and airy steamed bao clutching braised pork belly slabs—are becoming hot tickets in U.S. restaurants, too. As a generation of American diners grow more acquainted with Taiwanese dishes, like beef noodle soup and starch-thickened oyster omelets, today's intrepid Taiwanese-American chefs are reimagining their comfort foods of their childhoods, banding together, and creating a Stateside cuisine that is distinctive, personal, and American-born.

Taiwanese restaurants have been in the U.S. for decades. But three years ago, I couldn't name more than a handful in New York City. This was partly because it can be tricky to determine which restaurants are actually serving Taiwanese food; it isn't always conspicuous in the name or menu items. That "Taiwanese" branding, or lack thereof, reflects one broad generational change between older Taiwanese restaurateurs in the States and many of today's.

"We're definitely Taiwanese-American," said Hannah Cheng, co-owner along with her sister, Marian Cheng, of Mimi Cheng's. The sisters grew up in Rockland County, New York, but spent summers in Taiwan. They consciously described their dumplings as "Taiwanese-Chinese" when Mimi Cheng's opened their first location in Manhattan in 2014, even though there weren't many restaurateurs playing the "Taiwanese" card. That has changed rapidly, in just the last two years, Hannah estimated.

"New Yorkers love authentic food, and people have come to realize that Chinese food is really broad, and it's very regional," she said. The timing just seemed right. Mimi Cheng's menu emphasizes simple, homestyle dishes—such as sautéed sweet potato leaves topped with fried shallots, the inspiration for their "Taiwanese Street Cart Greens"—along with dumplings inspired by the ones made by their mom. But their dumplings' fillings range from the standard pork and chive to things you'd never find in Taiwan's: chicken, zucchini, and special combinations like "cheeseburger."

When Joanne Chang, the celebrated Taiwanese-American chef of Flour in Boston, opened Myers + Chang with her husband, Christopher Myers, in 2007, it was one of the first notable American restaurants to write "Taiwanese" in its menu descriptions, while not serving exclusively Taiwanese food. Chang had previously worked in restaurants where global culinary traditions meshed with one another. So she wanted to open a restaurant "that does for Asian foods what others do for Italian, Mediterranean, or the food of Spain," said Chang. Myers + Chang borrows from cuisines all over Asia, in addition to Taiwanese. But, "I think for me, it's obvious it's going to be Taiwanese-ish because that's what I love and what I grew up with," she said.

If this is all sounding like a delicious melting pot, well, that's Taiwanese food to begin with. Taiwanese food is a constantly evolving genre on the homeland, where it has been influenced by a half-century of Japanese rule, a tropical climate, aboriginal cultures, and regional Chinese cuisines, thanks to earlier settlers, mostly from Fujian province, and later ones during China's mid-century Civil War. So it should be no surprise that today's Taiwanese chefs and restaurants in the States are reinventing the cuisine for its new environment.

"It lends itself to being more creative," said Josh Ku, describing Taiwanese food as "fusiony." He's the co-owner, along with Trigg Brown, of Win Son, a Taiwanese-American restaurant in Brooklyn that opened in 2016. Ku's family is from Taiwan, while chef Brown is a "white dude from Virginia"; their menu represents a mixture of their ideas, they said. That includes dishes that might look unrecognizable to some Taiwanese eaters, such as fried eggplant spears tossed in a sweet, black vinegar-based sauce atop a smear of tangy kefir cheese, as well as traditional foods that Taiwanese-Americans might crave but have difficulty finding in the States, such as stinky tofu. Their oyster omelet, or o a jian, is "one of those dishes where we don't really accommodate Americans," said Brown. He was referring to its texture, which those new to Taiwanese food might find challenging. Win Son plays around with their omelet's presentation, showering it with fresh herbs, but "texturally, ours is the same" as the original, says Brown.

The Win Son team was prepared to face resistance for their loose interpretations of classics, and to Taiwanese cuisine as a restaurant concept, period. But its overwhelmingly positive response from New Yorkers may have helped cement "Taiwanese" as a buzzy culinary category. Newer restaurants in the genre, such as New York's Ho Foods and 886, have received breathless opening news and reviews. Guides have been written on where to find Taiwanese food in the States. Of course, Ku and Brown credit Eddie Huang, who helped popularize Taiwan's signature pork belly buns with BaoHaus when it opened in 2007, and pushed the cuisine into a more youthful, uniquely American territory with his short-lived restaurant Xiao Ye in 2010 (Cheetos-fried chicken ring a bell?). They also cited David Chang for helping contextualize regional Asian cuisines in America.

However it began, Taiwanese food has become so popular in the States that this summer, James Beard Award-winning chef Stephanie Izard opened a Taiwanese dessert and snack shop, Baobing, in Chicago. Izard had traveled throughout Taiwan for two weeks researching for her Chinese restaurant Duck Duck Goat and was struck by the food she encountered. At Baobing, she's added her own sensibilities to Taiwan classics like shaved ice desserts, "Americanizing" them a bit, she said. "We're celebrating the culture, hoping to give a little shout out but not trying to pretend we're doing it better. I love taking inspiration from any cultures."

So why all the recent attention and innovation in Taiwanese food in America? It's not like there's been a recent wave of immigration from the island.

"I feel like whenever people opened Taiwanese restaurants in the States, they were trying to feed other people that came from Taiwan," said chef Jon Yao of Kato in L.A., of the older generations of Taiwanese restaurants in the U.S. "They weren't thinking, like, 'What can I do to push this forward, or make use of the environment, or bring a past technique into a modern context.'"

Yao stands out as one of the Taiwanese-American chefs most willing to stray from tradition, eschewing pure nostalgia for what has become a tasting-menu destination rooted in Taiwanese hallmarks. He grew up in Walnut, California, a city that, along with neighboring ones throughout San Gabriel Valley, might be called the cradle of today's Taiwanese-American civilization (according to City-Data.com). Taiwanese restaurants were nothing new there; in fact, his parents ran a catering business making Taiwanese-style lunch boxes for UCLA's cafeteria. A couple years ago, Yao took over his parents' kitchen, transforming it into a sit-down restaurant.

"I always tell people we're a Taiwanese restaurant," he says. His current menu also plays with Japanese and French flavors and techniques. "It might sound obscure to some people, but we're always trying to chase a certain time or specific moment that reminds you of Taiwanese food, like black vinegar in you yu geng," he said, citing a squid stew popular at Taiwanese night markets. "It hits you as something familiar but if you have that specific memory—it's like an a-ha moment for those who grew up eating it."

Every Taiwanese-American chef I spoke with for this story had their own visceral memories, or a-ha moments, that informed their culinary philosophy. Think of them as coded messages of Taiwanese-American-ness: a creeping sense of solidarity may fill a diner with nostalgia throughout the meal. It may be why Eric Sze, the chef-owner of 886, serves a fried chicken sandwich inspired by the ones you'll find at Taiwanese McDonald's. And these touchstones are as varied as Taiwanese food itself.

"This is the type of food that I crave," said Vivian Ku, the chef-owner of Pine & Crane and Joy in LA, of her restaurants' menus. "But what are the things that I can't get at those other places?" Ku (no relation to Josh Ku) has her own ideas about Taiwanese comfort food. Growing up in Bakersfield, CA, with relatives along the San Gabriel Valley, she was also surrounded by Taiwanese food. She recalled dinners at her grandmother's place with lots of noodles and homemade breads at every meal. Her family also owns a farm in California, where she gets most of her restaurant's produce. But neither of her restaurants, opened in 2014 and 2018, look like the typical Taiwanese spots that she grew up around.

"I love drinking beer, so I wanted to bring that into the experience," she said. She also pays a lot of attention to the service and ambience of her restaurants, "and just being a part of the neighborhood," she said. "It's like, I grew up here, so I'm different."

Another reason why today's newer Taiwanese restaurants in America are different from older generations' is that Taiwanese people have become a more cohesive bunch in the last half-century. Many of the restaurateurs that I spoke to had at least one or two grandparents who emigrated to Taiwan from mainland China during the late 1940s, where they were considered outsiders by existing groups on the island. But their foods have since become intertwined. Even more so, it seems, for those who later emigrated to America.

"When you come here, you're all Taiwanese," said Rich Ho, the chef-owner of Ho Foods in New York City. His restaurant specializes in beef noodle soup, itself a product of Taiwan's historical melding of Chinese cuisines. Ho grew up in Southern California but moved to New York, where he met Taiwanese-American people from all over the country. Some, he says, had never been to L.A. or to Taiwan, "but we all had the same palate for what we wanted," he said. "The food culture is so strong," he said of Taiwan, "I figured that if this comfort food was so important to me, it must be to people all over."

And if you grew up in America? "Chances are you're more open to learning," said Eric Sze, of 886. His restaurant, bathed in neon lights in New York City's East Village, has quickly achieved "date night" status. His take on Taiwanese food leans toward mainland Chinese-style stir-fries, as his father hails from Shanghai and Sichuan ("two of the biggest food capitals of China," as Sze says). He's found camaraderie in Ho and Win Son's founders in New York.

"My mom says this generation is so collaborative," said Ho. "I'm like, hey Eric, come taste this," he said of his East Village neighbor. That kind of communication was largely shunned by their elder Taiwanese-American restaurateurs, he said. Jon Yao echoed this fondness for community, saying that he'd like to gather Taiwanese chefs for a group of some sort.

That group, if formed, will no doubt find much in common, given the fact that most of them are doing something that their immigrant parents originally wished they hadn't: a career in culinary arts. This brazen act alone may account for a rebellious streak among them and their restaurants' offerings.

"Now I get to do things that my mom used to tell me, 'American people won't like it,'" said Sze. 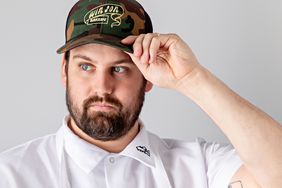