How Rage Gardening Is Bringing Me Comfort

You've heard of rage baking, thanks to Tangerine Jones. Now it's time to take that energy to another element of food—rage gardening.

In the past few months of uncertainty, turmoil and violence, mental distress has been widespread. For me what started off as distress morphed into anger and exploded into rage. I knew that my anger had evolved into rage, when one day I was out for a run and I passed a house with a Black Lives Matter tribute written on the driveway in colorful chalk, listing the names of the Black people who’d been killed in the U.S. over the past several years. As an African-American mother of four, the names on the driveway could have been those of my children or even me. I felt the injustice at a visceral level and I broke down crying in front of the driveway. I also felt a surge of adrenaline, which can happen when experiencing rage. I ran faster on my way home, while gulping for air in between sobs.

Anger and rage are social emotions, rooted in perceptions of injustice to self or others. It only makes sense that the antidote to an undesired social emotion, is a likewise social form of coping. What’s more social than food? We can turn to the Black community, who has been acutely impacted over these past several months, for inspiration on how to cope with food. You may have heard about rage baking. But another coping mechanism with roots in the Black community is rage planting.

The best definition for rage baking comes from its founder, Tangerine Jones, the Brooklyn based performance artist, who coined the term and started a blog and Instagram account to share the idea in 2015: "Ragebaking is a form of meditation. A way to center yourself and others in the midst of Supreme F**kery and turn anger or sorrow into something beautiful. It’s about transformation and renewal. It’s harnessing fury to tap into the power of home and hearth and holding space for healing and community. It’s making some good sh*t out of some bulls*t, plain and simple."

Rage baking is exactly what its name suggests, channeling rage into the preparation of baked goods. There are only two rules. Rule number one, it must be a baked good, the aim is to put “sweetness and goodness” in the world as explained by Jones. Rule number two, it must be shared, that’s where the social part comes in. There’s no rage baking for one. To actually put sweetness in the world, you must extend some of that sweetness to others. Other than those two rules, you can be as creative as you want. Rage baking can include everything from a simple pan of brownies to a complicated crème brulee. I’ll have to confirm with Jones on this one, but it can even include ice cream. Over the past month I have been obsessed with Dr. Maya Warren’s no-churn ice cream recipes, my own form of sweetness for the world.

The concept of rage baking brings with it a legacy rooted in the Black community. Black communities in the U.S. have a long history of baking to channel anger about social inequality. For example, Georgia Gilmore, a Black woman from Montgomery, Alabama who was the architect of the Club from Nowhere. The club sold baked goods to help fund the Montgomery Bus Boycott during the Civil Rights Movement.Rage baking is an effective coping mechanism because it offers our minds a creative outlet to channel rage. Also the sharing component encourages us to extend an act of kindness which positively impacts our wellbeing.

Food doesn’t always have to be cooked to support coping. My husband and I are big time gardeners. We cultivate in our backyard and in two community gardens. Over the course of the past couple of months I noticed that we were planting a lot more herbs and vegetables than usual. Planting seeds directly in garden beds, starting seedlings in temporary containers that lined the periphery of our backyard. Seedlings that we knew would have nowhere to go because all of the garden beds were full, but we continued nonetheless.

It hit me that we were planting as a way to manage our rage about Ahmaud Arbery, Breonna Taylor and George Floyd. Our garden has always been our safe space, where we come to re-center, so it made sense that in a time of such violence that’s where we sought refuge. I posted about this revelation on our Instagram page with the tag #rageplanting, borrowing inspiration from Jones.

Instead of exorcising your rage into flour, butter and sugar, rage planting is pouring that same rage into the soil to nurture a plant life into the world that can nourish your body and the body of others. Similar to rage baking there’s a sharing component – cultivating with the intention of sharing your bounty with others. And while the term rage planting has not yet reached the level of visibility of rage baking, Blacks have been rage planting from the time we were involuntarily brought to the U.S.

Enslaved people kept gardens not only to supplement their food source on plantations, but also to feed their spirits and honor their ancestors. Black farmers in the 1960s, responding to agricultural oppression and Jim Crow rule formed agricultural cooperatives to support each other and reinforce the power of their own self-determination, most famously the Freedom Farm Cooperative founded by Civil Rights activist Fannie Lou Hamer.

Gardening positively impacts our mental health through two elements–nature and soil. Research shows that being in nature can subconsciously interrupt our stress response, producing an improved mood. Also, there’s compelling research that shows the positive mood boosting benefits of microbiomes in the soil, think of it as happy dirt.

Rage baking and rage planting are two coping mechanisms that may serve us well to release our anger in constructive ways. To embrace these culinary rage coping strategies is to embrace all that comes with it—the history, pain and appropriation. But through difficulty and challenges something beautiful can emerge. Something beautiful that can help us all.

Shanna B. Tiayon is a freelance writer, speaker and social psychologist. Her work focuses on topics of wellbeing and the ways we may infringe upon the wellbeing of others. When she’s not working in the area of wellbeing, she’s homesteading with her family – gardening, preserving food, and composting. 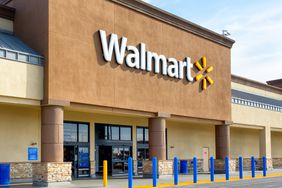