Cast iron cookware is one of the most versatile options out there for home cooks and professionals alike. Its durable construction provides impressive heat retention to give you even temperature throughout the cooking process. As for its versatility, cast iron pots and pans can be used to cook meals on the stovetop, in the oven, and even over an open flame. Whatever recipe you're tackling, you can do so and receive restaurant-quality results in a cast iron piece — and right now so many are on sale at Amazon for its huge October holiday sale.

While Amazon is known for having great prices on everything from furniture to cleaning tools to cutlery, it's about to get better because prices are dropping even lower. To get you started on all your holiday shopping, Amazon is bridging the gap between its huge Prime Day sale this past summer and Black Friday and Cyber Monday events with its first-ever Prime Early Access Sale. During the two-day sale, you can save on gifts for your loved ones and treat yourself to new cookware, knife sets, bakeware, and more.

The massive shopping extravaganza, which is taking place today and tomorrow, is technically a Prime member-exclusive sale. But truly, anyone can save big during the 48-hour shopping event by checking out Amazon's hidden Outlet store, its secret Gold Box Deals hub, or right here with our list below. But one note: If you want to get the full experience, consider signing up for a Prime membership which grants you access to all the exclusive deals, Prime Video, and of course, free two-day shipping.

And with cast iron skillets, Dutch ovens, and casseroles on sale, who wouldn't want those coveted items ASAP? During the Prime Early Access Sale, you'll find sales on top cast iron brands like Lodge, Le Creuset, Staub, and Calphalon just to name a few. The best part? Everything is up to 43% off.

From the savory to the sweet, you're bound to get the best results in these on-sale skillets, which includes this classic option from Calphalon. You won't get any hot spots while cooking in this cast iron skillet and since it keeps food super hot, you can take it from the stove to the dining table and serve right from the pan. Neat! The skillet, which has more than 1,700 five-star ratings is 40% off right now, bringing the price down to $30.

Another top pick is this popular dual-handle pick from legendary Lodge. The brand has been crafting cast iron cookware since the late 1800s, so it knows a thing or two about making them. Although the traditional single-handle pan is an icon, this cast iron skillet delivers all the heat-retaining abilities while giving you a better grip with two handles. On top of it being easier to pull out of the oven, you'll also love that it helps distribute the weight while in-hand, especially since cast iron is a heavier cookware piece (and this one is just under 6 pounds).

For all those soups and stews, a Dutch oven is a must. Le Creuset is one of those coveted brands that is on everyone's wish list — but you don't have to wait for someone to gift you its popular Dutch oven because you can treat yourself to one while it's 20% off. Made with enameled cast iron, this Dutch oven has a smooth surface inside but keeps the heat in thanks to its temperature-retaining construction and hefty lid. It's deep with a 3.5-quart capacity, giving you enough room to make slow cooked brisket, ratatouille, beef chili, and more.

And if you're big on Italian comfort food, you can't go wrong with this enameled cast iron lasagna pan from Crock Pot. The 13-inch pan is deep enough for layers of lasagna, but there's no rule against making other dishes in this cookware piece. In fact, shoppers enlist the lasagna pan to make casseroles, cornbread, roasted vegetables, oven-baked bacon, enchiladas, and more. And you can get it for $41 at Amazon during the sale.

To close out your meal, you have to have something sweet! Sure, this Staub cast iron roasting pan is great for Thanksgiving turkey, lasagna, and chicken, but it also does wonders to make banana breads, cinnamon rolls, dump cakes, and more. This roasting pan can withstand up to 500 degrees Fahrenheit and even though it has a traditional cast iron black appearance, it has an enamel coating which requires no seasoning and makes it easier to clean.

There are so many more deals to be had during Amazon's Prime Early Access Sale. Browse through our list below for the best cast iron cookware deals around. 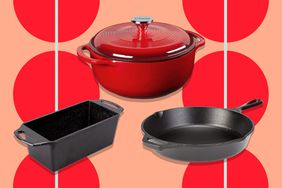 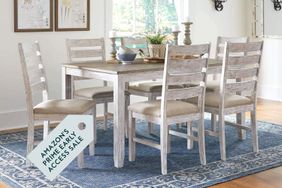 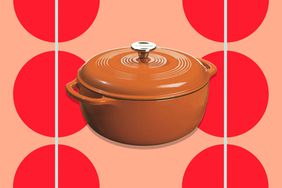 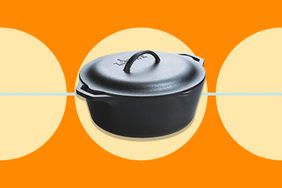 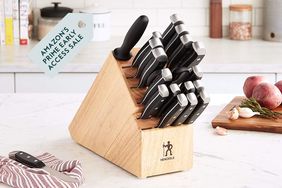