Dumpster Diving for Discount Desserts Behind the Entenmann's Outlet

"Everyone deserves to eat not just healthy, fresh foods, but comforting sweets as well."

Kae Lani Palmisano is an Emmy Award-winning television food show host and a food and travel writer exploring the journey that food takes to the plate. She lives by the motto, "Life is too short to live anything but deliciously."

Experience: Kae Lani Palmisano is the host of Check, Please! Philly, a television show that explores dining throughout the Philadelphia region. She is also the host and writer of WHYY's "Delishtory," a digital series on the history of food. Before becoming a television host, Kae Lani was a contributing editor for 10Best.com. There, she whisked readers away to sip cocktails spiked with tarantula venom in Mexico City, indulge in Germany's 1,000-year-old winemaking tradition, and explore the rural New Zealand countryside. Additionally, Kae Lani has published stories in the Philadelphia Inquirer, KitchenAid Stories, Roads & Kingdoms, Thrillist, Eater Philly, and more.

"An Entenmann's Outlet?!" My dad gasped in disbelief when he saw the sign looming over Blackwood-Clementon Road in New Jersey. With my mom in the passenger seat and me in the back, he whipped our 1993 Chevy Caprice station wagon across three lanes of traffic, horns blaring from the opposing traffic as we sailed our boat of a car into the parking lot.

Through automatic doors adorned with decals of pastries were rows of family reunion-style folding tables stacked with boxes of Entenmann's crumb cakes, donuts, cookies, pies, and breads. Between the sunlight flooding through the three walls of windows and the fluorescent lights beaming from the drop ceilings, the store was a beacon made even brighter by the albedo of the white and blue branding on every box. Like moths to a flame, we were attracted by both the light as well the low prices.

For those who have never been to an Entenmann's Outlet, here's how it goes. Grocery stores that don't sell out of their Entenmann's stock by a certain date send their remaining inventory to the outlet where shoppers can scoop up the goods at a dramatically discounted price. But there is a catch. Most of these breads and desserts are within 48 hours of their expiration date. The Entenmann's Outlet, though a bright haven of discount desserts, is really a pastry purgatory. It's Entenmann's last stand before heading to the Dumpster.

Outlets were a pivotal part of my upbringing. They were loopholes that allowed us to indulge in luxuries that we normally couldn't afford. My parents had me when they were young – my mom was 19 and my dad was 22 – so much of my childhood was about hustling and deal hunting to make ends meet.

The Pandemic Is Making Me Deeply Anxious About Food

I was about 15 years old when we stumbled upon the Entenmann's Outlet. At the time I was juggling two jobs and a high school curriculum packed with Honors and AP classes, my dad was working at an auto body repair shop, and my mom was taking time off of work to get her nursing degree while baking cakes and cookies on the side for extra money.

Food was scarce in my household, and mealtime was made even more difficult because of everyone's conflicting schedules. We called most nights of the week "fend for yourself night" which meant we'd be left to our own devices to concoct a meal with whatever we could grab from our bare pantry. Most of the time it was spaghetti with milk and butter, a packet of ramen, or a can of baked beans with rice. Sometimes, I'd hang out with a friend after school and linger around so I'd get an invitation to dinner.

Snacks were even more elusive in my childhood. They were sweet comforts I mostly indulged in at my friends' houses. I still think about opening the door to my friends' pantries and feeling like I was peeking into a little bodega fully stocked with every name brand treat a kid could dream of. Meanwhile, the snack offerings in my home were limited to the trimmings of my mom's side gig cakes that we tenderly referred to as "cake remnants."

We never called ourselves poor. We classified our economic state as working hard to scrape by. And on that day at the Entenmann's Outlet, my father, a man in his mid-30's who made an earnest living providing for a family, was tired of scraping by.

"I bet you this place has a Dumpster," he said as we walked back to our Chevy with a single cheese Danish we planned to split among the three of us. "If they're not throwing the Entenmann's away at the grocery store, they must be throwing them away here." Within moments, he pulled our station wagon behind the Entenmann's Outlet where we sat, contemplating the meaning of life, liberty, and pursuit of pastries in the Dumpster before us.

It was an act of desperation rationalized by clever defiance.

It was an act of desperation rationalized by clever defiance, which, to this day, has fostered in me a healthy questioning of the morality of law. Does ownership end when property is discarded? Even if we wanted to buy their trash, they couldn't technically sell us something that was expired. And what are expiration dates anyway? Packaged foods are pumped full of preservatives, so really expiration dates are more of a formality, right? Interrupting my dad's line of reasoning, I chimed in with a story about how the AP Bio teacher across the hall from my homeroom had a decade old Twinkie in a petri dish with not a single spore of mold on it – a testament to the power of preservatives.

Before he could be talked out of it, my dad, leaving the keys in the ignition, sprang from the driver's seat, charged toward the Dumpster, grabbed a giant plastic bag from inside, and tossed it to me in the back of the station wagon. We peeled out of the parking lot.

When we got home, we opened the bag to find boxes of donuts, muffins, breads, cookies, and cakes, all pristine and perfectly sealed, expired yesterday. Immediately, my dad opened a box of chocolate chip cookies and ate them by the handful while laughing like a Russian czar shoveling caviar into his mouth. We snacked like royalty for weeks.

Values and morals punctuate daddy-daughter moments, but where most fathers create core memories through school projects and during long talks at the diner, my dad's spelunking expedition for sweets was a powerful lesson in maintaining pride and dignity through times of struggle.

The system is broken, not you.

Today I'm an Emmy Award-winning television host and a food and travel writer. Not a day goes by where I don't think to myself just how fortunate I am to have a full pantry and that I no longer have to resort to "fend for yourself nights" and Dumpster diving for desserts. But it is not lost on me that out there somewhere may be a young person like me, juggling multiple jobs to help support their family and going to school to support their future, doing it all while hungry. To them I say it takes a lot of resourcefulness, resilience and grit to endure and find a brief period of joy within a system that doesn't work for a lot of people. The system is broken, not you. Access to food is not guaranteed, though it absolutely should be. Everyone deserves to eat not just healthy, fresh foods, but comforting sweets as well. 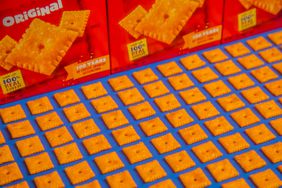 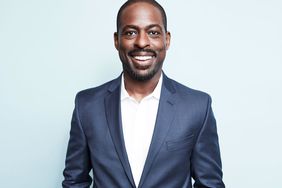