Cockscomb Is the Green You Should Be Eating

Chef Yusuf Bin-Rella is among many culinary leaders touting the benefits of the iron-rich West African green.

Following a luncheon on a farm in rural Wisconsin earlier this summer, Yusuf Bin-Rella, one of the chefs behind the lakeside meal, proclaimed: "Celosia is going to be the next it ingredient."

When I caught up with him later, Bin-Rella, who is a co-founder of TradeRoots, a Madison-based group of farmers and chefs with roots in both Wisconsin and West Africa, explained that celosia or cockscomb, a part of the amaranth family, is arguably the most widely consumed leafy green vegetable in West Africa and can be used just like spinach, a vegetable he calls "the most generic ingredient in the world."

Bin-Rella, who by day works as a chef at the University of Wisconsin-Madison, recently launched a farm at the State Capitol. As much of the landscape around the Capitol building is, according to Bin-Rella, just "pretty flowers," he's excited to have an edible urban farm featuring corn, okra, collard greens, parsley, chives, and, of course, celosia.

The 43-year-old Wisconsin native has broad-ranging interests; introducing people to celosia is a current passion. Bin-Rella credits Christian Keeve, whom he describes as "an African-American seed keeper," with opening up the world of celosia to him upon his return from Africa in 2019.

Keeve, for his part, credits Amirah Mitchell, a seed keeper whom he apprenticed with at Truelove Seeds in Philadelphia under the watchful eye of self-described "seed nerd" Owen Taylor.

After being introduced to the iron-rich West African green, Bin-Rella started thinking about what we eat and why we eat it. He references the Popeye campaign of yore as being responsible for putting spinach on the table, even though he doesn't personally like the taste and struggles to believe that anyone cares for it. (Below is a cockscomb dish Bin-Rella made for an event with Pasture and Plenty in Madison.)

"One of my missions beyond being just a chef is to really get in touch with the ingredients that I'm working with from the diaspora," Bin-Rella says. A descendant of slaves, Bin-Rella says he's done a few of the ancestry tests and has roots in West Africa. His heritage has become a driving force in his life and career, for it's not simply about farming or farming less-familiar ingredients in atypical places like the Wisconsin State Capitol, but about honoring Indigenous ingredients such as corn and paying homage to foods that made their way to America during the diaspora.

Celosia, which is not a "weed" and is not just for ornamental use, explains Bin-Rella, is one of those foods. It is a "really cool and beautiful plant" that's both accessible and resilient, says Bin-Rella. It is also delicious, something that Bin-Rella feels like more people outside of Africa ought to know.

Ozoz Sokoh, a Nigerian food explorer, culinary anthropologist, and food historian who is based in Ontario, refers to celosia as a Nigerian Shoko, "delicious in various soups and stews in Nigeria, particularly in Efo riro, greens stewed in a red sauce, seasoned with umami-rich elements like ground crayfish, dried and/or smoked fish, [and] meats."

Yemi Amu, the Nigerian founder and executive director of Oko Urban Farms, also values celosia as something to eat — not just to admire for its aesthetics. "I grow it because it is important for Nigerians who live in the US to have access to the vegetables they love and grew up eating," Amu says. She's unaware of any US chefs cooking with it but says it might be fun to investigate which Nigerian restaurants in the country have it on the menu.

If Bin-Rella has anything to say about it, however, and if enough people begin to discover the West African plant, celosia could soon have its time in the spotlight. Despite his interest in turning people on to the tasty green, he insists it's simply one way for him to flex his creativity. "I just want to grow good food and feed my community," says Bin-Rella, who's involved in a series of summer and fall pop-ups in his home state. He plans to serve Saladu Ñebbe, a Black-eyed pea salad, at several upcoming events.

The dish, inspired by the American version of the dish, Texas Caviar couldn't be easier to make. Bin-Rella likes to toss cooked black-eyed peas with a medley of chopped or diced vegetables, including bell peppers, tomatoes, cucumbers, and celosia. He'll add jalapenos or chipotle peppers for a kick, and toss everything together with fresh lime juice and either avocado or sunflower oil. Chopped chives add a nice zing, and sprouted, toasted watermelon seeds or pepitas provide an essential crunch. 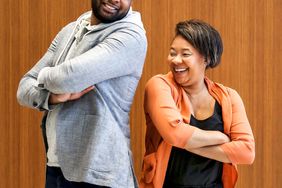 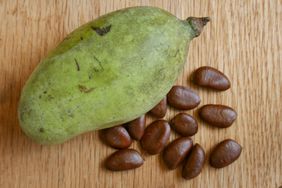