5 Things You Definitely Should Know About Honey and Bees

Brianna Wippman was a member of the digital editorial team at Food & Wine. She edited articles on such topics as eco-friendly food resorts, up-and-coming travel destinations, and health trends. Brianna wrote chef profiles and features on celebrity kitchen design, food-related activities, and sustainability.

The rooftop of New York City's Waldorf Astoria is home to 360,000 guests who pay nearly nothing for the privilege. They live in six beehives with names such as the Grand Bee Room and Empire Hive of Fame, and provide the hotel with a constant flow of honey used in everything from ice cream to spa treatments. Recently, F&W joined the Waldorf's culinary director David Garcelon and fourth-generation beekeeper Andrew Cote for one of the year's largest harvests (282 pounds!). Here, five surprising things we learned.

1. Urban honey might be cleaner than countryside honey. Parisian beekeeper Jean Paucton found that the bees kept on the roof of that city's famous opera house were healthier than those residing in the countryside, and could produce more honey. One of the reasons seems to be that there are less pesticides sprayed in cities and bees are capable of extracting the bad urban stuff, like heavy metals and pollutants.

2. Terroir might surprise you. Wildflower honey and acacia honey taste different for pretty obvious reasons. "If the bees were near clover fields, you'd get honey with clover notes," explains Andrew Cote. But cities offer much more than a single note and can have global influences. "Parisian honey will be different from New York City honey," Cote says. With Central Park only a mile away (bees typically forage within a few miles of their hives), the Waldorf's bees have access to a plethora of nonindigenous trees like silver linden and Yoshino cherry. Early buds and trees flowering in the spring give the Waldorf summer honey its light and minty flavor; in the fall, the honey will have a darker profile as the bees are pollinating plants like Japanese knotweed, Cote says.

3. Eating local honey to alleviate allergies isn't unfounded. Honey contains small amounts of the pollen from which it was made, so many believe that by eating a little local honey every day one can gradually build up a tolerance against seasonal allergies. "When it's a bad allergy season, I know I'll have a good honey season," Cote says.

4. There are bee apprentices. It's definitely possible to raise your own bees, but that takes a fair amount of preparation. "Learn as much as possible, apprentice to make sure you really want to do it," Cote says. "It's like having 60,000 Christmas puppies."

5. Bee superfood could help you look younger. Royal jelly, a milky substance secreted from a valve in the nurse bees' foreheads (and fed to the larvae), is thought to have antiaging properties. "It's a superfood for bees. If an egg eats only royal jelly, it becomes the queen," Cote explains. The Guerlain Spa at the Waldorf uses royal jelly concentrate, from their bees housed on the French island of Ouessant, in a luxurious antiaging facial.

The New Superfood: 5 Reasons We Should Be Eating Insects
Was this page helpful?
Thanks for your feedback!
Tell us why!
Related Articles 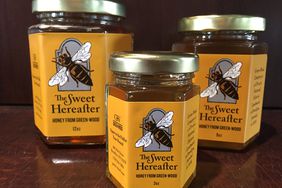 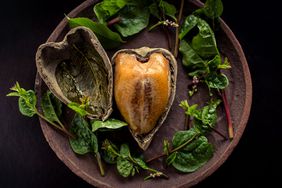 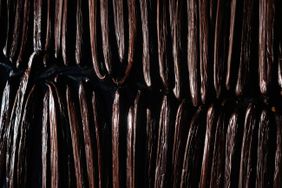 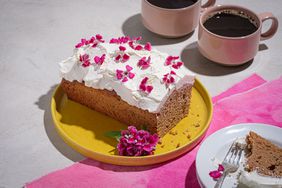 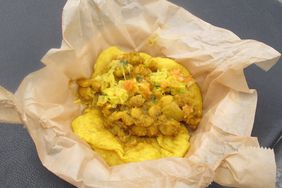 Doubles: A Fried Caribbean Secret You Should Know About 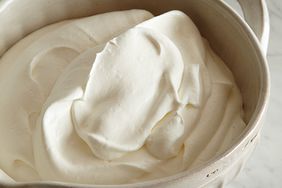