This Cookbook Is the Turkish Cooking Manifesto I've Been Waiting For

When I hosted my first-ever dinner party, I lured friends to my tiny Cambridge apartment with the promise of a Turkish feast reminiscent of the New Year's Eve meals my mother would prepare over the course of several days. I grilled juicy balls of lamb kofte, whipped up my favorite cold yogurt soup with thin slices of cucumber and a healthy heaping of dill, and, of course, made a rosewater rice pudding to end the night. It wasn't exactly a success (a potholder caught on fire), and while I'll happily own the blame for my amateur attempts, I'll also say this: if I'd had Musa Dağdeviren's The Turkish Cookbook, things would have gone a lot better.

A disclaimer: this isn't a book that tries to Westernize Turkish recipes into fun, blog-worthy bites with quirky names that sidestep umlauts and unfamiliar sounds. The measurements are given using the metric system, and there are references to cities beyond Istanbul that many readers will be unfamiliar with. While it's clearly not intended to be the book you reach for when you need to put dinner on the table in thirty minutes, it is an exhaustive, almost encyclopedic manifesto of nuanced, regional Turkish cuisine, and it echoes what Dağdeviren (who you might know from watching season five of Netflix's Chef's Table) creates at his Istanbul restaurant, Çiya Sofrasi. And, of course, it's all in English.

"I wanted to write a cookbook focusing on the traditional and local elements of our culinary culture, how they shape it, how they diverge from one another," he told me in a recent email. "We included recipes for pantry staples like butter, çökelek (dry curd cottage cheese), lor (fresh milk curd cheese), tomato paste, pomegranate molasses, tarhana, kashk, and noodles. I very often come across Turkish expat chefs complaining that their access to special ingredients is very limited. You need to know where to look."

He continued, "I did not [W]esternise or Americanise the recipes since my focus is on conveying the crucial elements of our culinary culture."

The first recipe I tried from the book was for manti, which are tiny, meat-filled dumplings (the book calls for veal leg and brisket, but I used a mix of lamb and beef) that are served underneath a thick coat of garlic yogurt sauce, dried mint leaves, and butter infused with red chili flakes. It's an incredibly labor-intensive dish, and it embodies the thorough, thoughtful essence of the book. I made these dumplings a rainy Sunday afternoon with nothing else on my to-do list, and the calming, tactile experience was a welcome change from typing away at a screen. Buoyed by my early success, I moved on to the stuffed collard greens, which called for hominy corn, but included a helpful substitution note of bulgur wheat.

Of course, there's no shortage of intimidating recipes like stuffed lamb's spleens, scorpion fish soup from the Black Sea region of Giresun, or a sour cherry bread pudding from Afyon. While I can't confidently say I'll be trying my hand at those dishes in the near future, it's wonderful to finally have a book that savors culinary history instead of rushing through and condensing it, as so many Turkish cookbooks do.

"The main point of difference is my emphasis on the culinary landscape of a dish. The seasonality of a dish, its folkloric and ritualistic significance breathe life into the recipes. I would like to document Turkish cuisine with its rituals," Dağdeviren writes. "This book is a well structured start already welcomed as a valuable teaching tool." 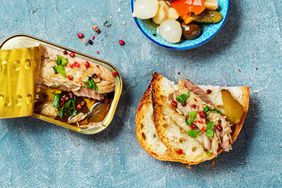 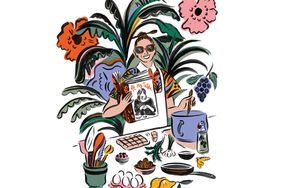 Nancy Silverton Cooks From Nigella Lawson's 'At My Table'