The Story Behind Thanksgiving's Most Polarizing Dish

Cranberry sauce is a Turkey Day necessity, even when it comes straight out of the can.

What's red and jiggly with ridges all over? Canned cranberry sauce, otherwise known as a highly polarizing American holiday tradition that divides Thanksgiving into two camps: Team Homemade and Team Canned. Collectively, Americans consume five million gallons of cranberry sauce during the holidays each year. This side dish has become essential to any Thanksgiving menu, whether you opt to buy it (as 76% of Americans do) or make it yourself.

It's hard to pinpoint exactly who invented the concept of cranberry sauce. Native Americans have been growing and eating the fruit, which is indigenous to North America, for centuries. An account from the American colonies in 1672 mentions the ways that both Native Americans and European settlers used cranberries, "boyling them with sugar for a sauce to eat with their meat." And one of cranberry's earliest documented appearances with turkey can be found in the 1796 cookbook American Cookery, where author Amelia Simmons suggests pairing roast turkey with cranberry sauce and boiled onions.

Canned cranberry sauce, on the other hand, has a clear point of origin: it was invented by a lawyer-turned-cranberry-grower named Marcus Urann in the early 20th century. Back then, cranberries were considered a seasonal fruit, available only between September and November. Urann's initial goal was to salvage damaged cranberries by puréeing the ones that were less-than-perfect, canning them, and selling the product year-round. With this innovation, Urann forever changed the cranberry life cycle — and the Thanksgiving table.

Urann started selling his canned cranberry sauce in 1912 under the name Ocean Spray Preserving Company. In 1930, he joined forces with two competitors, independent cranberry growers John Makepeace and Elizabeth Lee, to form a cranberry cooperative. The co-op began offering canned cranberry sauce nationwide in 1941. Over the years, the co-op renamed itself, going from Cranberry Canners Inc. to the National Cranberry Association and ending up as Ocean Spray in 1957. Ocean Spray has advertised its cranberry sauce with catchy slogans, such as one from 1958 that said, "It's the natural mate for every meat."

Each year, Ocean Spray produces 70 million cans of cranberry sauce, using about 200 cranberries in each can. To this day, Ocean Spray's Jellied Cranberry Sauce remains its most popular product—far outselling fresh cranberries. Sorry, team homemade! But there is a middle ground, with these tips to upgrade canned cranberry sauce. 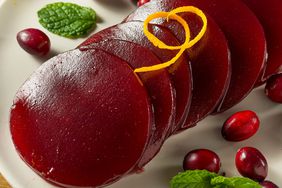 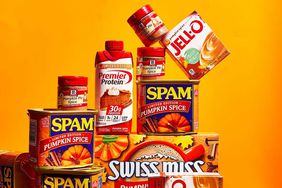 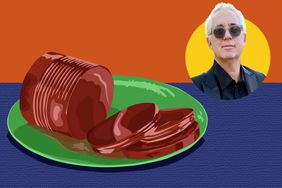