For years, chefs have extolled heirloom vegetables and heritage pork, but flour has always just been flour. Now, small-scale American farmers are growing ancient wheat varieties—lower in gluten than modern kinds—and millers are crushing wheat the old-fashioned way, for healthier results. Here, you'll find their stories, plus recipes from their biggest fans.

"Ancient wheat varieties have this incredible history in other countries, but we couldn't find many farmers growing them in the US," says Brooke Lucy, who co-owns Bluebird Grain Farms in Winthrop, Washington, with her husband, Sam. After searching for inspiration (and seeds), the couple decided to focus on emmer wheat, also known as farro, beloved by Egyptian bakers in the days of the pharaohs. This past spring they introduced protein-rich einkorn, which they are calling einka, a teeny variety of wheat berry popular in Germany; dating back to about 7,500 BC, it was one of the first species of cultivated wheat.

Each time the Lucys work with a new grain, it takes them years to bring it to market: Once they get their hands on starter seed (often from a university in Germany), they have to plant several harvests, amassing more seeds each time, until they can grow enough grain to sell. Even now, the Lucys only produce enough einka to sell at local farmers' markets and on their website.

Rarity isn't the only reason their grains are sought-after. Bluebird is one of the few farms in the US to mill its own grains. "It's more common to find farms doing that in Germany and Austria," Brooke says. When the Lucys decided to launch a mill, they connected with producers abroad to learn their methods—and then took them a step further. When most millers remove the supertight, papery husks of ancient grains, they rub off part of the bran layer in the process, selling the results as "pearled." The Lucys wanted to keep the bran intact, so they got creative. They worked with an engineer to develop a machine that whisks off the husk by centrifugal force. "Why would we go through such great lengths to raise a healthy grain, only to shave off most of the nutrients?" Brooke says. From $7 per lb of einka; bluebirdgrainfarms.com.

Former bakery owner Jennifer Lapidus has made it her mission to turn flour into a locavore food. With both a grant and money raised on Kickstarter, she purchased a stone mill from Austria, launching Carolina Ground last year and an online store in April. Most mills, large or small, blend flour from different farms so it always has the same protein level (essential for consistent baked goods). "But we want to embrace where the flour comes from," says Lapidus, so she mills what the local farmers harvest and helps bakers find ways to use the flour. For instance, when she received hard wheat flour that didn't have enough protein for bread, she recommended that her wholesale customers use it for crackers. If the protein isn't even good for crackers, she sends it to nearby Riverbend Malt House, which turns barley, rye and wheat into malts for beer brewers.

Because Carolina Ground's flours are so flavorful and fresh, they have a passionate following among local bakers—Lionel Vatinet at La Farm Bakery in Cary, North Carolina, for example, goes through 500 pounds a week and extols Carolina Ground in his forthcoming book. Recently, Lapidus started working with restaurant chefs. "They love creating new recipes that can really showcase the different flour flavors," she says. Chef Jacob Sessoms of Table in Asheville makes gougères with the rye flour and fills them with a trout caviar mousse. Lance Gummere, chef and co-owner of Atlanta's Bantam + Biddy, uses all of the flours at home for his sensational biscuits. Gummere recently wrote in an email to Lapidus, "Like a crackhead, I'm addicted to your flour, and the world is going to come to a screeching halt if I don't score more." From $5 for 2 lbs; carolinaground.com.

When Bob Klein, the co-owner of Oakland, California's legendary Oliveto restaurant, wanted his pastas to be as local as his pork shanks, he started looking for good-quality California wheat, but without success. So he partnered with local farmers and launched Community Grains, a line of 100 percent whole-grain flours and incredibly delicious pastas that have just become widely available at Whole Foods. Thanks to Klein, small-scale farmers in California are now growing grain: Peter and Mimi Buckley of the biodynamic Front Porch Farm in Healdsburg, California, even ripped out 55 prime acres of Sonoma vineyards to plant wheat, and they hired former Araujo Estate Wines winemaker Matt Taylor to farm the land.

If anyone is going to make wheat as prized as wine grapes, it's Klein. To learn more about how to describe the flavors of the different varieties, he convened a tasting panel that included writer Michael Pollan and chef Nancy Silverton of Mozza in Los Angeles. While trying flights of porridge, pasta and bread, the group used "roasted" and "fig" when describing Cristallo, a hard white wheat, and "walnutty" and "spicy" for Desert King, a type of durum wheat. This exercise might inspire eye-rolling, but Klein found it immensely useful. "We used to only think about pairing pasta shapes with sauce, but now we also consider a pasta's flavors," he says. Flour from $10 for 4 lbs, pastas from $7 for 10 oz; communitygrains.com. 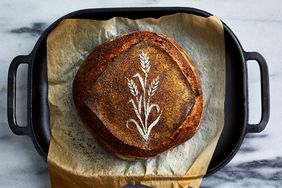 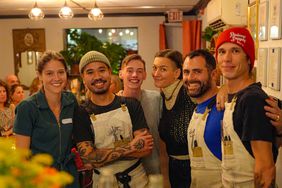 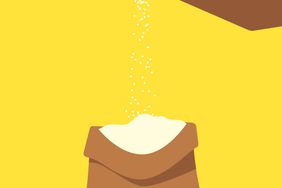 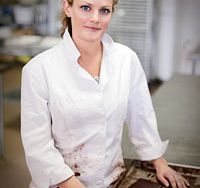