Many restaurateurs are reevaluating their tipping policies and, if not ending the practice altogether, finding new ways to distribute tips more evenly.

In 2015, when Amanda Cohen was preparing to move her acclaimed vegetarian restaurant Dirt Candy to a bigger space on the Lower East Side, the chef wasn't getting applications. She came to the conclusion that the city was prohibitively expensive, and cooks were leaving as a result. It prompted her to research restaurant salaries and tipping.

"I started reading about all the negative things—it's sexist, and racist, and gives too much power to the customer—and I thought, why are we beholden to this system, which seems pretty messed up?" she says. "I put half my HR in the hands of my customers, and that leaves my servers vulnerable. What if we have a bad night? Why can't I just pay them, and treat them like the professionals like I think they are? That seemed like a good idea to me."

READ MORE: What We Wish Restaurant Guests Knew About Tipping

Cohen's hiring hurdle led to a fundamental shift in how she structured her workers' salaries, resulting in a better wage for the cooks and back-of-house employees, and making hers one of the first restaurants in New York to eliminate tipping.

Six years later, the pandemic—and its crushing effect on restaurants and their workers—has seemingly prompted a watershed moment for the industry, leading many restaurateurs and chefs to come to a similar conclusion as Cohen. They're reevaluating tipping policies, and how their employees are paid in general. While some aren't ending the practice altogether, many restaurants are finding ways to distribute tips more evenly.

When Philadelphia's Laurel reopened last fall after a COVID-forced closure, chef and owner Nicholas Elmi restructured his employees' salaries, so every worker, from servers to dishwashers, is paid the same hourly rate, and tips are distributed to each person. With some servers making upward of $90,000 a year, while cooks worked longer hours and made roughly a third of that, the move helped balance the scale. Elmi says the change is part of making things more equitable.

"We try to build better opportunities for the people behind us," he says, reflecting on his own years working as a line cook. "And if we can change something for the better, we change it and move on."

Chef Kurt Evans opened his mission-driven pizza spot Down North in March, designing his pay structure so workers are all paid the same hourly wage. He also points out the practice of tipping is rooted in racism—a vestige of slavery. "We don't turn down tips," he says. "But when people tip, it gets split up among everyone, from the cashier to the dishwasher. That was just along the model of wanting to be as inclusive as possible." But while there have been attempts to change long-held and unequitable restaurant pay policies, the evolution has been slow. Danny Meyer's Union Square Hospitality Group eliminated tipping in 2015, then brought it back last summer as a shared tip pay structure. Elmi says his (often very generous) customers like having the control to decide what to tip. "Educating the public is going to be really difficult," he says. Below, find six things that chefs and restaurant workers want you to know about tipping.

"As a wife/husband team with experiences in the front and back of the house respectively, we were committed to leveling the unfair imbalance when we founded our own restaurant. All roles are respected and should therefore be compensated properly. The preparation of the food is equally as important as the sale. We've always been very clear about our views during the hiring process. Our hiring ads clearly state, 'If you don't believe FOH/BOH can work together and deserve equal pay, our company is not for you.' We pool the entire tips—some people leave cash on top of the 19% [tip we add to all dine-in checks]—for the whole pay period, then divide it by hours worked by all staff to calculate the per hour amount. And the staff gets that on top of $20/hour. The staff has exactly the same pay scale (unless they are new and still training)." —Yuka Ioroi, co-owner with her husband, executive chef Kris Toliao, of Cassava in San Francisco

The minimum tip should be 20 percent

"Before the pandemic, 20 percent was seen as an appropriate tip for exceptional service. Right now with the immense demand for restaurant dining and the shortage of workers both in the front and back of the house, 20 percent should be the minimum. A lot of people have left the industry for a variety of reasons and the folks who are in the restaurants right now are busting their butt to provide the best service possible. Even if your food or drinks are taking a little longer, know that it's not for lack of effort, but because everyone is truly overwhelmed and very understaffed." —Shayn Prapaisilp, owner of Chao Baan in St. Louis, Missouri

"As restaurants cater to growing demands with the return of normalcy, my advice would be to ensure you continue to treat restaurant staff with grace and patience. Many dining outlets are navigating how to meet this surge in demand with limited team members, so do remember to tip—though now is the time to tip a bit more graciously than you might in the past." —Paula DaSilva, executive chef at Burlock Coast of The Ritz-Carlton, Fort Lauderdale

You should actually tip more at casual restaurants

"It's important for guests to set their expectations for the level of service they receive with the type of establishment they are going to. For example, if two people dine at a fine-dining establishment and their bill is $200, a 20% tip for that server is $40, whereas two people dining at a casual, full-service restaurant may have a $40 bill and 20% of that would be $8. It's important for guests to know that the server at the casual restaurant would need to wait on 5 tables to make the same as the server at the fine dining restaurant will make on one table. I'm not saying they should excuse poor service, but simply to keep their expectations on par with the type of establishment they are dining at and judging the percentage they leave accordingly." —Adam Tilford, co-owner of Mission Taco Joint in St. Louis, Missouri

"It's not always a restaurateur's fault for not subscribing to the [no-tipping] system. It is very, very expensive. And the laws are against you. The federal and state laws, particularly in New York, make it almost a punishment to do right. (There are higher payroll taxes, and higher insurance costs.) And so the restaurants that have gone no tipping are really bucking the system and are taking a lot of the burden on themselves." —Amanda Cohen, chef and owner of Dirt Candy in New York City

"Most restaurateurs want to treat their employees well—by and large, we want to do right by our employees, and we would like to pay them more. We make choices about how much of our margin we can lose to do that. And the only way to be able to do that is to raise our prices. Tipping or no tipping, we just don't pay enough for the food on our plate, especially in a city like New York City, where so much goes into that food, and then you have so many extra costs surrounding it." —Amanda Cohen

"We're making less money, either getting lower tips or no tips. Honestly, if you can't afford to tip someone who's risking his or her life for you to have your enjoyment, don't bother, stay home." —Gabriella Mlynarcyzk, bartender/general manager/beverage director in Los Angeles 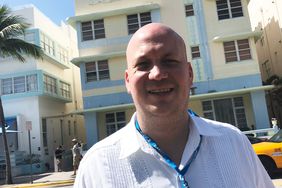 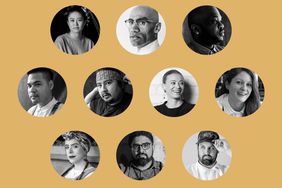