The chefs and owners of Chicago restaurants Esmé, Virtue, and now-closed MK open up about why they made mentorship a priority—and how that strengthened their teams, restaurants, and careers.

After dinner service at Esmé, the newly-opened Chicago restaurant from husband-wife duo Jenner Tomaska and Katrina Bravo, the kitchen crew cleans the countertops in one fluid motion: scrub, squeegee, dry towel. The person doing the squeegeeing goes up and down in an S shape, gathering the biggest possible pool of water before dumping it into a bucket.

Sebastian Cruz, the sous chef at Esmé, learned to clean this way at Next—Grant Achatz's ever-changing restaurant concept—where he worked under Tomaska. While cleaning up at a job right after Next, someone said to Cruz, "'You must've worked for Jenner. The way you squeegee has Jenner written all over it.'"

Back then, Cruz was surprised that something as menial as squeegeeing had left such a lasting mark. But when he started teaching younger cooks at Esmé how to squeegee in that same way, he realized that this small act speaks to something much larger. "A lot of being in a kitchen, and being in this industry, is follow orders, get it done, go home, come back, do it again," Cruz said. "Little things, like how we squeegee, get missed or lost in translation when there's not someone saying, 'This is why we're doing this, this is why this matters.'"

That kind of sustained mentorship is rare in restaurants, with their limited budgets and high turnover rates, but it also builds community like nothing else can. At Esmé, Tomaska and Bravo are prioritizing mentorship. They're educating their staff about the nuances of running a restaurant, maintaining transparency about the pressures of ownership, and fostering an environment that encourages people to ask questions and have conversations. "It's when attention to detail gets dropped, and the conversation of why gets lost, that it becomes another restaurant with no mission," Tomaska said.

Tomaska and Bravo learned the importance of mentorship while working for another Chicago power couple, Lisa and Michael Kornick, at their now-closed restaurant MK. "Front and back of the house have to understand and buy into the fact that the restaurant team is only as strong as its weakest link," Kornick said. "If you create a nurturing environment, every person can feel how mentorship is connected to their overall success."

At MK, employees weren't just treated as family, they were treated as assets. "I have never felt taken care of in the way that Michael and Lisa and Erick took care of us," Bravo said. Bravo left MK a few times to pursue other interests, and each time, Lisa Kornick always said to her, "You can always come home."

"I didn't really have a home I could ever go back to, so to hear that from somebody who casually fell into my life," Bravo said, "was really impactful." Bravo intends to say the same thing to team members at Esmé because, as she has learned, "You've done your job correctly if someone feels empowered enough to go out into the world on their own because of the fundamentals you've given them."

In fact, that's exactly how Tomaska ended up at Next. After four years at MK, Tomaska thought he wanted something different, so Erick Williams—another mentor of Tomaska and Bravo's who was then the executive chef at MK and is now the chef/owner of Virtue in Hyde Park—helped him get a new job. "Rather than hearing the negative from a young, immature person, Erick placed me somewhere to further myself," Tomaska said.

In the years since, Tomaska has managed people and led teams, and he now recognizes how difficult it can be to keep mentoring someone once they move on. "It's hard to continue to invest in that person. But I'm thankful for Erick and how he has done that, and I aspire to do that, too."

According to Tomaska, mentorship is scarce in restaurants because other things seem more important in the moment, especially when training new team members. "How to cook the steak gets prioritized over teaching someone critical thinking and how to be a good person," he said.

The way Williams sees it, "In our industry, there's a lot of commitment to food, but there's a lack of commitment to people and community and culture." This, he said, is in part because restaurateurs can fall into the trap of hiring people they already know; people who don't need much training. Doing the work to find and mentor new talent can fall by the wayside. Especially when a restaurant is already operating within a limited budget, the focus tends to turn fully to the food, shifting away from the people making and serving that food. It's because of these distractions that Williams believes mentorship needs to be intentional.

Williams also believes that mentorship is an investment. "We expect the person that we're investing in to both manage and maintain a standard," he said. Sometimes, that investment creates the unforeseen return of flipping the mentor-mentee dynamic. Like when Williams was getting ready to open Virtue in 2018 and confided in Tomaska that he was nervous, and Tomaska assured him that "we got you."

Williams didn't know who "we" even was, but he found out just days before the opening, when many of the cooks he hired quit. Tomaska called up a bunch of other chefs around the country, other Williams mentees, to let them know Williams was in trouble. They all moved plans around and flew to Chicago to help Williams open.

"That's why mentorship matters," Williams said. "If you're doing it for the right reasons, it produces the unknown in the best way."

Tomaska and Bravo hope to provide the same kind of support that they received from Williams and the Kornicks to their own staff at Esmé. "Take care of your team, your team will take care of your guests, and the business will get taken care of," Bravo said. "The team has to come first."

Tomaska and Bravo have also experienced the value of cross-restaurant mentorship. Like when Zach Engel, chef/owner of the Middle Eastern spot Galit, located a few blocks away from Esmé, called to walk Tomaska through the logistics of a health inspection in a new restaurant. Or when Tomaska helped Trevor Teich, chef/owner of Claudia in Bucktown, figure out how to deal with acquiring a liquor license. "You could look at that as mentorship, because we're coaching each other, but it's more so about support," Bravo said.

"Everyone's in competition," Tomaska said, "but these connections are what matter." Forging and maintaining connections with other chefs and restaurateurs is something the couple learned from Kornick and Williams, who both, they said, always picked up the phone.

At Esmé, Tomaska and Bravo are striving to balance business with humanity, and to communicate that goal to their team. "What Jenner has opened my eyes to more than anything is that there's two sides of being a chef," said Cruz, the sous chef at Esmé. "There's cooking and running a kitchen, but there's a huge second part which is interpersonal relationships and ethos."

For Cruz—and for Tomaska, Bravo, Williams, and the Kornicks—mentorship is wrapped up in that ethos. It's a vital ingredient of a career, and a life, in hospitality. And that's in no small part because, for this group of chefs and restaurateurs, the mentor/mentee relationship turned into something much more powerful: friendship. 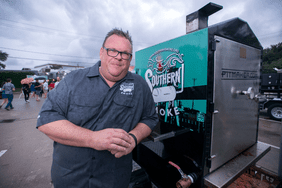 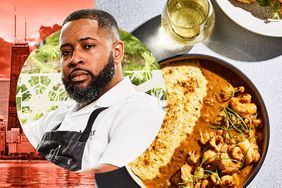 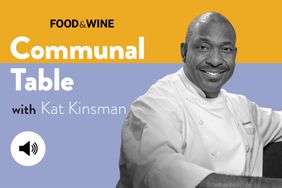 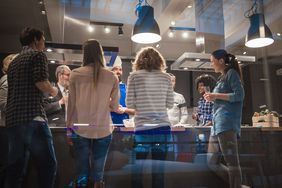