The stimulus package is “giant lump of coal” for independent restaurants, and highlights all the reasons why the hospitality industry needs its own relief.

After President Trump signed the $2 trillion CARES Act into law on March 27, many small businesses scrambled to understand what the legislation meant for their bottom lines. The Paycheck Protection Program (PPP) promised low-interest and potentially forgivable loans to small businesses, while expanded Economic Injury Disaster Loans (EIDL) offered low-interest loans, emergency grants of up to $10,000, and better accessibility for any small business in the country to apply.

Unfortunately, the rollout of new programs caused a lot of confusion for business owners. PPP loans were supposed to be offered through banks on April 3. But many didn’t have the capability to offer them initially. Others quickly ran out of room in their programs. On Thursday, the White House said that the program, funded with $349 billion, was out of money.

Chefs and restaurateurs in businesses large and small say that the federal package doesn’t do enough to help the restaurant industry.

The video points to efforts supported by the newly formed Independent Restaurant Coalition (IRC), which sent an April 6 letter to Congress outlining the unique needs of the restaurant industry during the COVID-19 crisis, and how the CARES Act has, so far, fallen short.

Small businesses have had a particularly hard time navigating relief applications in a system where guidance changes frequently and online systems can’t withstand the demand.

Zach Mack is co-owner of Alphabet City Beer Co., a small beer bar and store on the Lower East Side of Manhattan. He’s no stranger to disaster loans—the business opened just a few months before Hurricane Sandy hit New York City, wiping out his business: inventory, draft system, paperwork, dry goods, everything. “Because we’ve been through this once before, we knew it was important to get this thing started off the bat. But we were basically sitting on our hands from the get-go because there was no ability for us to apply for the assistance until very recently,” he said.

Mack’s story is common among small business owners. Complicating a tricky rollout that didn’t start when the government said it would start, many banks required PPP loan applicants to have an existing business relationship in order to apply.

“It’s funny how if you were lucky enough to be with Bank of America or Chase, you got a head start by five days of getting your money—as opposed to us running through Capital One had a much shorter window until the funds ran out,” he said.

A head start isn’t necessarily good news for a restaurant business, though. Since the CARES Act was signed, the U.S. Treasury Department has periodically issued revised guidance on the 800-page bill. Recent guidance, released on April 8, clarified the relief timeline. In order for a business to be eligible for loan forgiveness, 75 percent of the funds received have to go toward payroll expenses. This must happen in the eight weeks following the date of the loan. This means that once a business gets approved and receives money, the clock starts ticking on using it to pay employees. But restaurant operators can’t rehire staff for the long term if they don’t know when they can reopen.

“The more conversations I have with people, my neighbors who are in business, the bars around me, my friends who work in brewing and in restaurants across the country... I’m not getting any good news,” Mack said.

Jennifer Shorr is one of Alphabet City Beer Co.’s neighbors. She owns Joyface, a small bar with five employees and a max occupancy, pre-COVID-19, of 80 people. Shorr struggled to find a way to apply for the PPP quickly, though eventually did manage an application. She also applied to the EIDL program and just received a $4,000 advance grant, though she was expecting more. Guidance on the program tells businesses they’re eligible for up to $10,000 in grant money, though doesn’t readily specify the criteria for what you’ll receive, Shorr said.

Though government leaders are touting a path to reopening the economy, bars and restaurants stand to take a huge hit for years. Even if the city allows Shorr to reopen Joyface at partial capacity, it won't be business as usual. “The vibe… dancing… 40 people will feel empty in there,” she said, and employee tips won’t be anywhere close to what they used to be.

The news for small businesses got worse on Thursday, as several publicly traded restaurant companies including companies that run Ruth’s Chris Steakhouse, Potbelly, and Shake Shack restaurants each said that they had received millions of dollars in forgivable loans under the PPP. Big relief for big businesses comes via a loophole in the bill: restaurants with 500 or fewer employees per location qualify.

Dana Zukofsky is director of accounting firm BDO’s national restaurant practice. “The restaurant industry is getting the raw end of the deal in a lot of what’s going on, there's no question about it,” she said. Her firm works with over 350 restaurant clients, from large national franchise organizations to large restaurant groups and some independent operators.

Because of the terms included in the PPP, she said, some businesses are taking the aid while they can get it, knowing they might have to pay it back with a one percent interest rate if they can’t use it as it’s intended. “[Operators are] hoping with their fingers crossed that maybe the eight week period gets relaxed a little bit,” she said.

Zukofsky has also seen operators get creative, paying staff to stay home, but requiring them to contribute business ideas each week. “Maybe this week, everyone’s assignment for getting paid is, come up with five ideas that when we do reopen make the company better,” she said. “Whether you own one unit or 1,000, if you're a smart operator and your staff is giving you good ideas and you don’t come back better after this, that’s your fault.

Aside from federal aid, Zukofsky recommended businesses go through “every single line item” on their balance sheet to find money for the short term. Talk to landlords over the phone, she advised. “Sometimes different real estate companies, for different reasons, can’t officially give forgiveness or deferments so they don’t want it in writing," she said. "But if you have a conversation sometimes you can.”

Check prepayments on insurance policies like car insurance used for a fleet of delivery vehicles, or workman’s comp policies that might offer a refund right now. “Because you used to have 100 employees and now you have three,” she said.

Lisa Haffer, tax co-lead of BDO’s national restaurant practice, offered even more tax advice for operators. Defer the employer portion of social security tax, “that’s like a freebie,” she said. If a business doesn’t get a PPP loan and is still paying payroll, it’s eligible for the employee-retention credit. New guidance clarifies a business can utilize both the payroll tax deferral and the employee-retention credit, though if they receive a PPP loan, the employee retention credit is off the table. The CARES Act also introduced a change to the qualified improvement property rules. Restaurants that made interior improvements in 2018 or 2019 may be eligible for tax refunds that can provide a big cash injection.

New tax laws are nuanced, and both Zukofsky and Haffer recommended that business owners talk to their tax preparers immediately. If they don’t have one, they said to get one who understands the CARES Act and its implications for businesses.

While a new phase of relief is expected, it’s currently held up in Congress. There’s no guarantee of specific carve-outs for the hospitality industry, and it’s hard to be hopeful.

“I think the hospitality and a few other vastly important industries are really left out by the CARES Act. The way the money's getting doled out right now is not something that’s going to benefit us in the short term or the long term,” Mack said.

“There hasn't been any loan or grant specific just to hospitality, which we really do need,” said Shorr. “I shouldn’t be applying for the same loan as a company in an office with 50 employees but I am.” 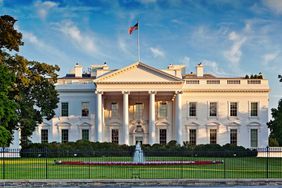 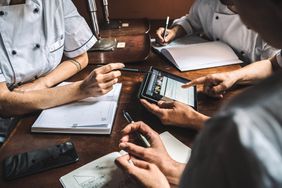 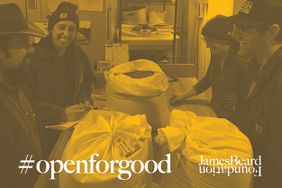