The alleged thieves made off with entire semi-trucks full of beef and pork.

Earlier this year, five law enforcement agencies in Nebraska started comparing notes and developing a strategy to catch whoever had been helping themselves to thousands of pounds of frozen meat from beef plants throughout the state.

On one occasion, the then-unidentified thieves used fraudulent documents to make off with 40,000 pounds of beef from a JBS Beef plant, while on another, they stole multiple tractor trailers containing $500,000 worth of meat from a different JBS plant. “They’re removing the GPS trackers from the trailers and [have] the acumen to know how to operate the truck and where to find the trailers, it’s somebody who has been involved in the industry,” Grand Island Police Captain Jim Duering told agriculture news outlet The Fence Post. “I do have a theory these are not local criminals.”

Duering’s theory turned out to be correct. According to Homeland Security Investigations (HSI), three men from the Miami area were arrested earlier this month and are now facing charges of transportation of stolen goods and money laundering.

In its own news release, the Lancaster County Sheriff’s Office said that it had identified 45 related thefts that had taken place in Iowa, Minnesota, Nebraska, North Dakota, South Dakota, and Wisconsin. All together, those thefts involved a loss of $9 million worth of beef and pork.

HSI Miami special agent Robert Palombo, Jr. explained to The North Platte Telegraph that the suspects were caught by cross-referencing their mobile devices to “specific cellular communication towers” at the time and location of some of the thefts. They found Fuentes through those cell phone records, which led them to the other two suspects.

RELATED: The 21 Best Frozen Foods to Stock Up On, According to Chefs

Agents followed the men to Iowa, and put GPS devices on the semi trucks. They were then tracked to South Dakota “where investigators suspect them in the theft of a trailer with 19 pallets of ham” and to a second theft of 22 pallets of pork Minnesota the next day.

All three tractor trailers were seen several days later on I-75 East and they were arrested by members of the Florida Highway Patrol. The agents said the investigation is still ongoing, but anyone in charge of security at a midwestern meat packing plant is probably sleeping a little easier now. 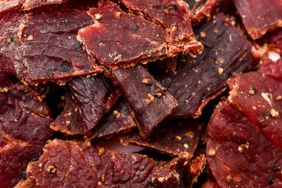 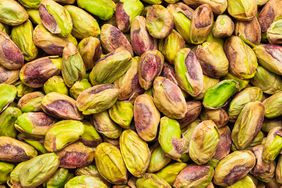