Cheetos is rewarding them with free snacks for their efforts to preserve the product for future generations to discover.

Archaeologist Howard Carter spent the better part of 30 years excavating sites throughout Egypt, looking for ancient tombs and other people's long-buried treasures. By the end of 1922, he was running out of funding and Lord Carnarvon, his British benefactor, was about to stop writing checks. But then a young member of Carter's team literally tripped over a set of steps partially hidden in the sand — and those stairs led to the discovery of King Tut's tomb.

When Carter first entered the pharaoh's burial chamber, Carnarvon asked if he could see anything. "Yes," Carter exclaimed. "Wonderful things!"

One can only imagine what some future archaeologist (or accidental excavator) might say when they discover the 3,000 pound sarcophagus that artist Sunday Nobody recently buried on an otherwise nondescript plot of land. The 28-year-old self-described "meme artist" spent over a month creating a concrete coffin and headstone for, uh, a single bag of Flamin' Hot Cheetos.

In a three-minute TikTok, Sunday Nobody (who has asked news outlets not to use his real name) detailed the complicated construction of the Chee-tomb, which involved sheets of melamine, a welded rebar frame, thousands of pounds of concrete, and "a bunch of random bruises."

After pouring the concrete, he allowed it to dry for a month-plus before dying it black and adding the full ingredient list for Flamin' Cheetos in gold leaf. The bag of Flamin' Hot Cheetos was sealed in resin and carefully anchored inside the sarcophagus. "[It's] elevated and seismically isolated, so if there was an earthquake, it wouldn't get damaged," the artist explained in the TikTok.

After the tomb was completed, it was transported to its final resting place and buried underground, where Sunday Nobody hopes it will stay until the year 12,022. "Historical Artifact Buried Below," a plaque at ground-level reads. "Do Not Open for 10,000 Years."

In an interview with Insider, Sunday Nobody said that the construction materials for the tomb cost $1,200, which was cash he saved from his full-time job as an animator. "[T]here's nothing else I'd really want to spend my money on," he told the outlet. "I don't want clothes or a car or any of that stuff."

When Sunday Nobody revealed the Flamin' Hot burial chamber, he said that no one at Cheetos was aware of the project but that has since changed since getting over 10 million views on TikTok makes it hard to keep a low profile. When Team Cheetos discovered what he had created, they seemed pretty delighted by it.

"To show gratitude, Cheetos is thanking him with 30 years' worth of Cheetos Flamin' Hot, so he can continue to enjoy the iconic, culture-defining snack while his original bag rests peacefully for the next 10,000 years," a spokesperson for Cheetos said. "His artwork and homage to Flamin' Hot represents the creativity that Cheetos aims to inspire."

We can't wait to see what he does with all those free Cheetos. 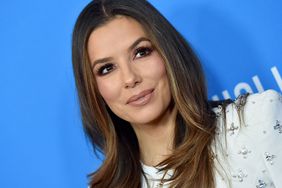 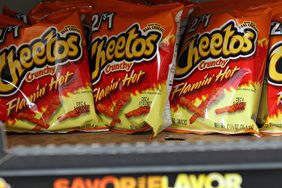 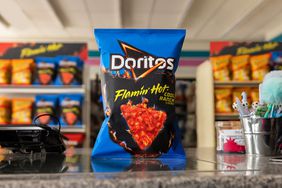