What I Drink is a series featuring legendary bartenders to learn about how they got started, what they love to drink and discover their go-to cocktail recipes.

Joaquín Simó has made his way from Ecuador to New York City, with stretches in Miami and Boston in between. The Boston University English major has won a host of bartending awards, from a 2009 Top 10 Mixologist in Playboy to American Bartender of the Year at the 2012 Spirited Awards. That trajectory informs his cocktails at Pouring Ribbons, where he's about to debut a "Silk Road" menu inspired by the trade routes established by the Han Dynasty of China; cocktails like the Body Heat take flavors of both East and West, deliciously combining Old Forester Bourbon and garam masala-spiced mango.

When did you know you wanted to work behind the bar?
The first bartender I was ever a regular of, Sean Gavin at The White Horse Tavern in Allston, Massachusetts, was so unbelievably hospitable. He could have three different conversations going while pulling five pints, making seven highballs and serving 12 shots, and realizing that guy had stumbled into the wrong bathroom and that other dude was about to fall asleep in the far corner table. He was a bartender, not a mixologist. He really owned that establishment, even though he didn't actually own that place (though he did go on to open up his own places). I remember looking at him and thinking, "Whoa. That guy knows what is going on." That degree of hospitality- the sense of warmth I felt every time I walked into one of Sean's establishments made me want to make everyone who walked into my door feel the same way.

What's the inspiration behind The Silk Road Menu at Pouring Ribbons?
This menu draws inspiration from the vast network of goods, culture and information exchanged along the patchwork collection of trade routes that forever changed (and linked together) Asia, the Middle East, Africa and Europe. I asked my staff to consider a radically different pantry as they developed cocktails that would speak to this first true example of globalization before industrialization and the communication age.

Which cocktail that you've developed in your career is your favorite, and why?

Combine all ingredients in a mixing glass, add ice, and stir briskly. Strain into a rocks glass over a large chunk of ice. Garnish with a long, trimmed orange peel.

I can't explain what possessed me, but within five minutes of importer Eric Seed handing me a bottle of Smith & Cross for the very first time, I had created this drink. It's certainly not the most imaginative thing I've ever done (I simply Mr Potato Head–ed rum for gin in a classic Negroni spec), but it still strikes me as strange that the first thought I had when smelling and tasting a huge, funky, estery, hogo-reeking, grilled banana bread, smoking allspice branches–laden brute of an overproof Jamaican rum was wondering how it would work in a stirred apertivo. I usually steer clear of Antica in Negronis, as it tends to be a bit of a bully, especially in equal proportions. But Smith & Cross is no shrinking violet, so it stands up to the bombastic chocolate and bitter orange notes in the vermouth while drying out the Campari's richness and tempering its bitterness. Further evidence that less can sometimes be quite a bit more.

What's your favorite classic cocktail, and why?
My favorites really do change with the seasons, but I am rarely not in mood for a Daiquiri (when I want something shaken) or an Old-Fashioned (when I want something stirred). As for lately, I have been craving lighter, apertif-style cocktails. Sherry cobblers, Americanos, Aperol Spritzes—all have been on my mind (and across my lips) a great deal.

THE BEST WORST DRINK LEGENDARY NYC BARTENDER GIUSEPPE GONZALEZ EVER CREATED
Was this page helpful?
Thanks for your feedback!
Tell us why!
Related Articles 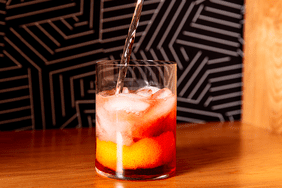 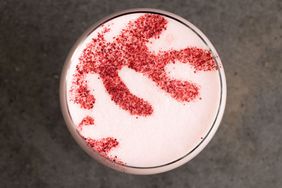 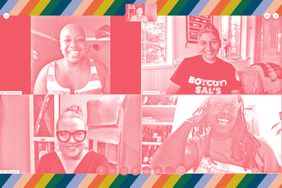