The next big drink trend comes in tiny glasses.

Since bars reopened from their pandemic shutdowns, one menu category has been appearing more and more frequently — mini cocktails. Generally one- or two-ounce servings of a drink, these are just the right size to get a little nip of something to start or end your night. The most common tiny cocktail is a snaquiri — a tiny daiquiri — a long-time bartender favorite (both for drinking themselves and for shaking up for regular customers). You'll find them popping up on menus around the country. At Crispy Gai in Portland, Maine, you can order a Pineapple DTO, a mini pineapple and lime leaf daiquiri, while Las Vegas' Jammyland serves a version with dragonfruit. The Charleston restaurant Jackrabbit Filly offers a snaquiri with Plantation white rum, lime, and yuzu liqueur. The two-ounce mini cocktail is the right size to sip while you peruse the Chinese American menu.

"It's just a fun little thing," says Jackrabbit Filly lead bartender Amy Kallicragas. "Shots are not for everybody, but you can order a round of little cocktails for the table and that's fun."

It's no surprise that The Bartender's Handshake in Des Moines serves a snaquiri. "We named the bar after the 'handshake,' or shot that bartenders [pour for each other]," says owner David Murrin-von Ebers. "A lot of times it was Fernet-Branca, the very bitter Italian liqueur that became something of an in-shot among bartenders."

Murrin-von Ebers takes his "handshakes" a step beyond your basic pour of Fernet with thoughtful miniature mixes. For $5 a pop (or three for $12), the bar offers the sweetly smoky Chokes & Smoke, a mix of Cynar and Banhez mezcal; the House Amaro, an ever-changing blend of bittersweet liqueurs plus sherry; and the G.D.T., a Flor de Caña silver daiquiri (so named for "gangster daiquiri time," the round of snaquiris that the bartenders at New York's Death and Co. indulged in before patrons arrived for the evening). "Compared to a shot of whiskey, they're all lower in alcohol," he says. "It's more about the camaraderie and enjoying your time with the bartender than being super potent."

Mini cocktails go well beyond daiquiris. New York's Dante serves petite Bloody Marys at brunch and also offers a tiny martini, while San Diego's J & Tony's Discount Cured Meats and Negroni Warehouse offers smaller pours of martinis, negronis, and slushies. A new spot in San Francisco, For the Record, has a list of "cheekies," or what beverage director Janice Bailon says is an industry term for one-ounce drinks that "fill your cheek." Bailon's cheekies include the Bad Girl, a mix of Pierde Almas espadin mezcal and Brucato Chaparral (a San Francisco amaro that's similar to Chartreuse), and Afternoon Delight, with bourbon, Jameson Orange, and amaretto infused with Earl Grey tea.

"The idea of these is 'Let's share in the moment'," Bailon says. "Cheekies are a way of giving people an option to have something that will feel like a cocktail but also just be a small fix."

For bar-goers, that small fix has a lot going for it. "It's a way to try something without committing to a whole cocktail," Kallicragas says. "You're able to try more things without getting into the danger zone."

Bailon points to the pandemic and the rise of at-home bartending as two things stoking people's interest in trying new things. "By having smaller portions, you can enjoy more and you can experience more," she says. "You might not know what Brucato Chaparral amaro is, but it's in our Bad Girl, and that might be a fun way to try something you've never tried before without the commitment."

Handshakes offer appeal for bartenders whipping up drinks, too. Both Bailon and Murrin-von Ebers batch their stirred cocktails, making it easy to dispense them quickly.

"If we're behind or super busy, it's a good way to say, 'Hey, here's a couple of handshakes while we're making your drinks,'" Murrin-von Ebers says. "Sometimes we'll bring a round of handshakes to a table to get something in front of guests like an amuse-bouche. You get to keep enjoying your time with friends, while we get drinks together on a busy night. I think it's all about building an atmosphere of feeling welcome." 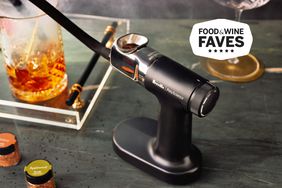 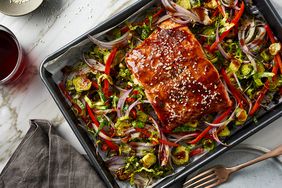