Moving to Southern California humbled Morgan McLachlan. The oak trees didn't look quite like the ones that peppered British Columbia's primordial rainforests, where she spent her youth, and she couldn't spot any salal plants or thickets of salmonberries. "Other than some succulents, I didn't really know what anything was," McLachlan says of the flora she saw on her first hikes in and around Los Angeles.

The new landscape humbled her, but it also thrilled her. She made nocino from wild walnuts found on a walk through Griffith Park, eau de vie from cantaloupes growing on her ex-husband's family ranch, and vodka from clementines, which, after distillation, "gave off these beautiful vanilla notes," she says.

By 2012, McLachlan had started selling that vodka through The Spirit Guild, which she cofounded to celebrate local fruits and plants. (She was one of the few female independent distillers in the country at the time.) Instead of following the usual vodka model of neutral grains and an odorless, flavorless liquid, McLachlan leaned into the subtle sweetness of citrus fruit. "There are a lot of formalities and styles in the spirits world that are thought of as good, but nobody really questions why these conventions exist," she says. McLachlan broke the rules the same way she approaches everything in her life: with intention.

In my dream world, alcohol would be just one of many options.

Now the master distiller and chief product officer at Amass, a company that produces beverages and self-care goods, it's her continued focus on botanicals that makes McLachlan a standout. "I'm trying to get nature into our everyday lives," she says. Botanicals fuel every product she makes for Amass, whether it's her marigold and chamomile vodka, her jasmine and cardamom hard seltzer, her basil and peppermint candles, or her cedar and spruce bath salts. "They have functional health attributes, but for me, it's a sensual experience, engaging with botanicals for their aromas and flavors."

While she does lend her expertise to other brands — earlier this year, she launched De Soi, a line of nonalcoholic aperitifs, together with pop star Katy Perry — what McLachlan really looks forward to is building the ideal 21st century bar cart at Amass. "In my dream world," she says, "alcohol would be just one of many options." In January 2021, she released an alcohol-free spirit called Riverine inspired by the Pacific Northwest (Martha Stewart and Neil Patrick Harris each keep a bottle on hand), and in October, Amass also started selling her cannabis-infused Afterdream (which can only be purchased in California — for now). "I'm a distiller, but I'm also excited by the idea that alcohol isn't going to be the pervasive and only destigmatized mood-altering substance that we have."

Riverine ($40)
McLachlan didn't want to make an alcohol-free proxy for gin; she wanted to give consumers a unique experience. In this case, that experience is of the Pacific Northwest. Sip Riverine with a splash of tonic water, and you'll get all of the coniferous notes and earthiness of that area, which, of course, McLachlan holds dear.

Amass Dry Gin ($55)
This is one very aromatic gin: juniper, certainly, and after that, the earth and wood scent of orris root, and then an appealing waft of 27 other botanicals. It's forward, complex, and fascinating, and it works terrifically well in a G&T with Fever-Tree's Premium Indian Tonic Water.

Amass Sun Sign Seltzer ($55/12-pack)
Mandarin, vanilla, and oak combine to give this brisk seltzer a Creamsicle character, though not in a sweet—nor annoying—way. Chilled down by a pool in the summer, it would get you cheerfully through a hot day.

Where to Find Amass 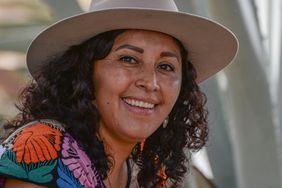