It all started with homemade, gluten-free Thin Mints.

My parents' kitchen in Chicago always smells like chocolate. That's where my mom can usually be found, wearing ripped jeans and a T-shirt piled with turquoise snake necklaces, caramelizing sugar or shaping dough as cookies bake in the oven.

My mom's love of cookies developed early. She grew up making mandel bread, an Eastern European cookie that's like a softer, sweeter, Jewish version of biscotti, with her grandmother. Eventually she taught me how to make it, too, studded with chocolate and sprinkled with cinnamon. She taught me how to make florentines and financiers, macaroons and macarons, stroopwafels and whoopie pies.

When I was 5, we learned that my youngest brother, Matthew, had an anaphylactic allergy to wheat. It was the late '90s, and gluten-free offerings at grocery stores consisted of sandy bread and rock-hard muffins. So my mom developed her own gluten-free versions of my family's favorite sweets—everything from Thin Mints to Oreo cookies. We loved the giant chocolate meringues from Charlie Trotter's takeaway spot, Trotter's To Go. Although they were gluten-free, the kitchen was full of cross-contamination. My mom begged the pastry chef for the recipe so she could make them at home.

When my mom wanted to bake cookies that weren't gluten-free, she made the dough in the garage, where we kept the wheat flour. Whether re-creating the chocolate delights she ate as a kid or cracking the secret ingredient in a friend's chocolate chip cookie, she made batch after batch until she got them right.

When I was in high school, my mom stayed up so late baking that it felt like she never slept. I'd annotate The Great Gatsby to the tune of pots banging and spoons stirring. For homework breaks I'd help crack eggs, but when I went to bed, well past midnight, chocolate would still be bubbling on the stove. The next day, I'd go to school with the previous night's experiments: Pop-Tarts for tennis practice, Mallomars for Model UN.

I started college as Matthew was being treated for his allergy, which allowed my mom to bake freely with wheat flour inside the house. She became obsessed with perfecting a new kind of cookie. This one was thick, chunky, and decadent, crispy on the outside, gooey on the inside. This was a Statement Cookie.

Oxford Street twinkled with Christmas lights when my parents visited me in London, where I studied abroad in college. When my mom handed me a raffia-wrapped brown box sealed with a sticker that said "Big.Fat.Cookie.," I'm pretty sure I shrieked. Her hobby had blossomed into a business.

My mom now bakes out of a commercial kitchen, sells to restaurants across Chicago, and ships nationwide. She has built a local brand with a national following, and her team of eight helps execute the cookie-making process. (Check out her Triple Chocolate–Peppermint Cookie recipe.)

Though my mom's baking has gone from nightly ritual to daily task, it's still about connection—a way to feed the people she loves. For me, baking has increasingly become the opposite: a way to disconnect, especially during the holidays. I live in New York now, and trips home consist of quick, packed weekends. But in December, during that cushion of days made for doing nothing, I can be in the kitchen with my mom, poking holes for raspberry thumbprints, and I don't have to think about flight delays or deadlines. All that matters is that I don't overbeat the butter, that this batch doesn't burn. 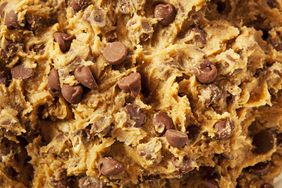 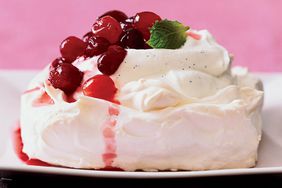 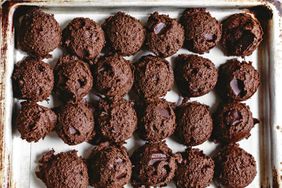