Rose Los Angeles does CBD differently, with a focus on fruit, flowers, and the farms where they come from.

As someone whose stress levels already idle somewhere between making several to-do lists on any given day and experiencing the occasional anxiety dream about, say, using salt instead of sugar, the holidays don't exactly bring out the best in me. While I've dabbled in all manner of anxiety-easing products over the years, I've yet to find anything that rivals Rose Los Angeles' CBD Turkish delights. These colorful, delightfully chewy powdered cubes are infused with CBD, a chemical compound derived from the cannabis plant that can't get you high (like THC) but is often used to relieve both the physical and mental symptoms of tension, depression, and stress. Plus, they're beautiful enough to make any Narnia devotee swoon.

F&W Picks: This CBD Honey Is Worth the Hype

When Nathan Cozzolino and Scott Barry launched Rose Los Angeles in 2018, CBD was soaring in popularity, but the quality levels of what was available to consumers varied widely—a phenomenon they found both perturbing and ripe for innovation. "We realized all of the products that were out there did a poor job of representing the plant and just felt bad that the whole market was built atop manipulative marketing language," says Cozzolino. The duo wanted to bring the focus of CBD edibles back to agriculture, and they liken Rose Delights to slow, organic food in a market bogged down with fast food. "We use flower from farms at its peak—single strains and big whole buds. This means the profile is rich and clear, whereas many factories are buying bulk and using a toxic process that degrades what exists in the plant," Barry says.

Every Question You Have About CBD—Answered

Cozzolino and Barry's meticulous approach has attracted chef collaborators including Dominique Crenn, Natasha Pickowicz, and Nicole Rucker; together, they've launched both THC and CBD delights in flavors like poached pear, apple ume ginger, and sencha. This fall, they'll harvest an inaugural fruit, vegetable, and cannabis crop from their new flagship farm, which sits on 10 acres outside of Nevada City, California. The goal? For Rose Los Angeles to be the first company to create a closed-loop edible, where nothing is wasted.

In a CBD market flush with buzzy marketing and contradicting claims, Cozzolino and Barry just want us all to get back to enjoying the beauty of actual fruits and flowers. To me, there's nothing more soothing than that. 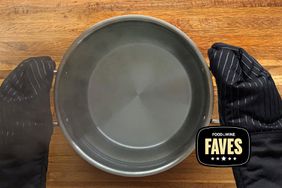 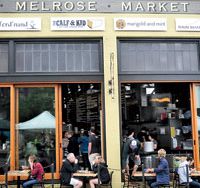