This Raindrop Cake Is Almost Too Beautiful to Eat

We love to come across a dessert so beautiful that we hesitate to even take a bite. Popular in Japan but rare to find in the United States, the raindrop cake is exactly that.

The cake looks like a realistic raindrop and its ingredients include agar (a vegan form of gelatin) and mineral water.

These Stunning Jell-O Cakes Will Hypnotize You

Darren Wong, creator of the first raindrop cake to hit the U.S., told Food & Wine that he had seen articles writing about this dessert in Japan, and it gave him the idea. "It was still not available in the US so I decided I would figure out how to make them so others who were interested in it like myself can try it."

It took a lot of trial and error testing out different agars and gelatins to get the right consistency, says Wong. "The cake has to maintain its shape but still have the texture of water. This makes the cake a nightmare to store and transport. That was the second challenge I had to overcome. Each cake has to be individually packed in a way that protects it from movement and temperature."

The cake is made of agar, water from natural springs, black sugar syrup, and roasted soy flour. While a raindrop that falls from the sky doesn't typically taste like much of anything, the cake is offered with toppings such as molasses to give it a sweet kick. Peanut powder, honey, and jellies are also potential toppings.

"This is a unique food experience. Firstly, it looks really cool. It kind of reminds me of that scene from A Bug's Life where they drink water drops off of leaves. Second, the texture is so unique; it's very delicate and fragile. Third, the combination of textures and flavors goes together so well. There are very few foods that engage this many senses at the same time, which is what attracted me to this dessert in the first place," says Wong.

Luckily for us, Wong now offers kits for making raindrop cakes at home. 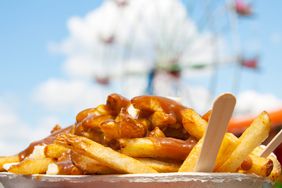 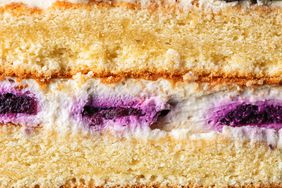 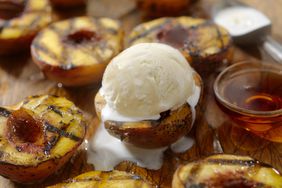