There are many stories about where this classic dish came from — and chef Ji Hye Kim is inspired by all of them.

Before opening her restaurant Miss Kim in Ann Arbor, Michigan, chef Ji Hye Kim took a deep dive into the history of Korean cuisine. One of the dishes she researched was bibimbap — a dish that in the US is often served just one way, but that in Korea appears with many regional and seasonal variations. Here, the F&W 2021 Best New Chef shared what she learned about the history and many forms of bibimbap, along with a summer vegetable bibimbap recipe that makes the best of peak season produce. As told to Andee McKenzie

Bibimbap is a dish with many origin stories. One story is that it was a dish most often enjoyed in a more casual setting in the palace, like for lunch or when a relative visited the king. Another is that bibimbap came about after ancestral ceremonies, where many various dishes would have been prepared and offered to pay respect to and to share with the spirits… and the leftovers were made into bibimbap. It is also documented that at the end of each year, the palace cooks and kitchen maids cleaned out their pantries, and used dried vegetables to make bibimbap. Lastly, some even say that during the seeding season, farmers would be too busy to pack all the banchan sides and rice separately to the field for their lunch, so they put everything into a bowl to make bibimbap.

What I take away from all this is that bibimbap is a versatile dish that appeals to everyone, from farmers to kings. That the dish is well-designed for its casual convenience, even when enjoyed at the palace. I especially love the pantry clean-up and the ancestral ceremonial leftovers origin stories for their nod to bibimbap's practicality. I also love that historical documents mention several different versions of bibimbap. Variety is still the rule with bibimbap in Korea these days, as a market stall specializing in bibimbap will show off at least a dozen mounds of vegetables to choose from to your heart's content. There's even bibimbap chain restaurants that offer several different types of bibimbap.

In the US though, you tend to see one type of bibimbap, most often a take on Jeonju bibimbap from Southern Western Korea. It usually consists of beef (most often marinated and cooked beef like bulgogi), cooked carrots and zucchini, cucumbers, and a sunny side up egg, served with a side of gochujang on the side. If you're in a larger city with a good sized Korean American population, you may see a variation of the above using raw beef instead of cooked beef. Often a stone bowl version will be available. Which is all delicious, but pretty similar across a lot of Korean restaurants in the US.

The bibimbap I make at Miss Kim actually does not veer too far from traditional bibimbap. The basic format is the same: a base of rice or grains topped with various vegetables and maybe a protein, served with a sauce on the side that you then pour into the bowl, to mix everything and enjoy spoonfuls at a time.

I guess the biggest difference in my approach is that we have fun with it and switch it up at times based on various factors. We offer stone bowl versions only during colder months. We would venture beyond using just gochujang (chili paste), and use soy sauce or doenjang (soy paste). When I was looking into Korean regional cuisines, we offered my interpretation of bibimbap from four different regions–aforementioned Jeonju bibimbap (with beef tartare and served with gochujang), rich North Korean Haejoo bibimbap (with lots of pork, served with soy sauce), humble Mountain side bibimbap (with local mushrooms served with doenjang). Once when I misordered too many garlic scapes and ramps, I pickled them all in soy sauce based brine, and a year later we served an all-local vegan bibimbap with multigrain rice and the pickle brine sauce. So sometimes we do it like palace kitchen maids and make a version to use up inventory.

We approach bibimbob not as a set of ingredients, but as a formula. Instead of sticking closely to the most popular and famous Jeonju bibimbap variations, we follow a different set of rules we loosely play by. We ask questions like "is it colorful and pleasing to the eye?", "is it well balanced?", "are we using the best available ingredients, whether that is within our inventory or from the farmer's market?" The classic elements of a great bibimbap is that it is vegetable-focused, colorful, well balanced, versatile and practical.

My summer bibimbap, for example, is all about the vegetables. If you live in Michigan like me, you learn to appreciate and savor the bounty of the summer and early fall even more, because it is not always around. That bibimbap is about that ephemeral beauty. That is the seasonality of the dish. It's not necessarily too easy, because it asks you to treat each vegetable with respect and cook it individually, instead of doing a sort-of one-bowl stir fry.

One of the classic elements of bibimbap is that it should have 5 colors of universe–white, black, red, yellow and green/blue. When you cook each vegetable separately, then put them all in a bowl with gochujang, all of the various colors make me feel as though I am holding a bowl of my own universe in my hand, all in balance and harmony.

Waxing poetic aside, I also love how casual and practical bibimbap really is. It takes some time and care to prepare each vegetable separately, but once you have the vegetables and the sauce made, they store well in the fridge. You can quickly fix up a bowl of bibimbap in mere minutes as long as you have some cooked rice, by pulling all the ingredients from the fridge, putting them on top of your rice, then stirring and enjoying. Just like the kitchen maidens in Joseon Palace, pulling the pantry ingredients together for a meal. 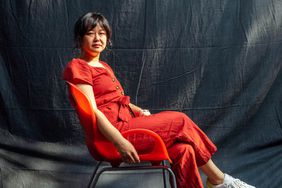 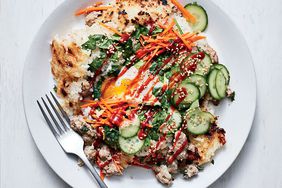 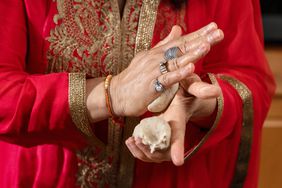 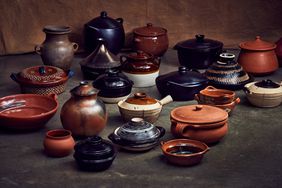