Cronuts at home? It's easier than you think.

Since first sweeping the world in 2013, Dominique Ansel's croissant-doughnut fusion of the Cronut has gone on to become a regular part of bakeries' dessert rotations. And the mashup can be made at home. Food & Wine culinary director at large Justin Chapple is here to help, with a surprisingly simple yet powerfully effective walkthrough on how to make your own easy puff pastry doughnuts.

In fact, he says, these are "some of the easiest doughnuts you're ever going to make," even as they reach dessert heights you may never have thought possible outside of a professional kitchen. Sound too good to be true? Just try it for yourself. The key is puff pastry, as Chapple demonstrates. Simply roll it out on a work surface and stamp out ring shapes via cookie cutter. This adds an extra bonus: The circle left inside the ring gives you a doughnut (cronut?) hole to go along with each doughnut.

Once they're all punched out, it's time to fry. Chapple drops them in a big pot of hot oil, recommending vegetable oil, canola oil, or anything mild. To cook perfectly, make sure the oil is at 360°F. Because once they're in, the flat rings of puff pastry will live up to their name and puff right out, as you can see in the video. Why? Because, as Chapple explains, puff pastry contains hundreds and hundreds of butter layers within its folds, so when the butter hits the hot oil, it expands, causing the whole thing to blow up.

You'll know they're ready when the doughnuts are golden and puffed, and really, Chapple says, when they already look delicious. Then it's time to transfer them to a cooling rack and let them cool. After that, just coat with whatever you like. (We like cinnamon sugar.) Either enjoy your easy, delicious, DIY cronuts while they're still warm, or save them for later to impress your friends. 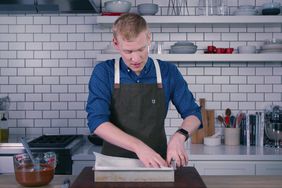 How to Line a Baking Pan with Parchment Paper 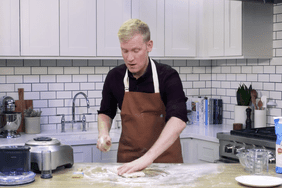 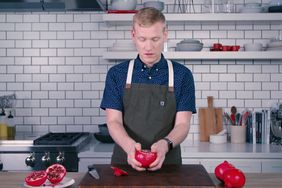 How to Cut a Pomegranate 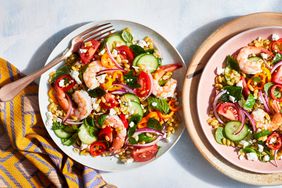 This Twist on Greek Salad Is Perfect for Summer Nights 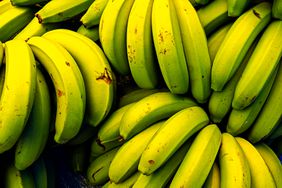 How to Ripen Bananas Using an Oven 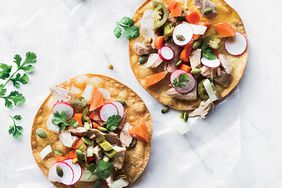