My slender sachets of coconut powder take up much less pantry space than the canned alternative, and I use it in just about everything, from oatmeal to curry.

I was born to love coconut. I lived half of my life in Trinidad, where the fibrous drupe has long been a staple in our cuisine. If you're eating well, you could enjoy coconut in your breakfast, lunch, and dinner, plus at teatime and for dessert.

The vendors from Mayaro and Icacos, where swaying palms line the road, come to the capital to sell ice cold nuts from trucks parked around the Savannah. In my childhood years, we had a dwarf Cocos nucifera palm in the backyard of our townhouse, right next to my swing set. My dad would slash open the green nuts, draining the water into a pitcher to be served with Johnny Walker Black during gatherings with his friends. I have vivid memories of my mom giving me brown coconuts to smash on the concrete until the shell splintered into shards, revealing the dense white meat within. She or my sister would then spend the afternoon cutting away the husk, grating the meat down into a vast yellow plastic bowl, and soaking the white shreds in hot water to make coconut milk from scratch, the original Caribbean way.

Grated coconut and coconut milk are necessary for certain traditional Trini delicacies, like cassava pone, sugar cake, chip chip and toolum. In our household, we primarily use coconut milk for rice dishes and for callaloo, the green soup that's the star of the show in a traditional Trini Sunday lunch. These days, nobody needs to hurl a coconut on concrete for a grating session—everything has become pre-packaged and convenient. Fresh coconut milk remains the gold standard, but canned is fine for most dishes. Nowadays, frozen shredded coconut is readily available in Caribbean supermarkets. And when powdered coconut milk came on the scene, it became an instant hit.

Powdered coconut milk became popular in Trinidad after I migrated in 1998. But now, every time I visit home, towards the end of the trip when my suitcase has been emptied of imported gifts for friends and family, I venture to popular supermarket chain Massy Stores to stock up on my favorite Trini ingredients.

There, I stand bedazzled before a rainbow-colored wall of pepper sauces, browse aisles well stocked with chutneys and kuchelas, and stock up on powdered coconut milk. Massy Stores currently stocks thirteen different varieties—from globally familiar names like Grace and Maggi, to smaller, regional brands, like Mabel's and Naisa. These slender sachets of powder take up significantly less pantry space than the canned alternative. Powdered coconut milk has become a staple ingredient in T&T, as common a pantry item as breadcrumbs, baking powder, sesame seeds, or paprika.

How do I use it? Sometimes I add water and mix it into actual milk to add a quarter or half cup as needed, depending on the recipe. Sometimes I just sprinkle it as a powder—I love a dash stirred in my morning oatmeal, with cinnamon and cardamom. A tablespoon in the curry, two in the rice I might make for dinner. It's the kind of kitchen ingredient that's easy to add in a variety of ways.

"Truth be told, I use powdered coconut milk probably more than any other ingredient in my cooking," says Baidawi Assing of popular Trini culinary site Eat Ah Food. "I use it as a substitute for regular milk so it will make its way into mashed potatoes, macaroni pie, hot chocolate, oats, and pancakes. But I also use it in the traditional Trinbagonian style of cooking, so definitely in callaloo, stews, soups, and curries … I can't imagine cooking without it."

In Trinidad and Tobago's most popular supermarket chain, there's a variety of powdered coconut milk brands that you don't typically see in American supermarkets. Where I live In Chicago, I'm more likely to find links to stores that claim to sell powdered coconut milk, but they're all unavailable near me. Jamaican-based brand Caribbean Dreams powdered coconut milk is distributed at Publix, Walmart, Target, and Kroger, as well as on Amazon, but a quick online search reveals that it isn't physically available within 50 miles of my address.

Native Forest began manufacturing their powdered coconut milk in 2014, and this brand is available via Walmart, Amazon, and Thrive Market, but customers are still catching on to it as a viable alternative.

"We definitely sell more canned coconut milk," says Vanessa Lopez, a customer service representative for vegetarian grocery brand Edward and Sons. "That might be because a lot of our consumers are looking for that separation, that thick layer of cream. But for the convenience, I get it. We actually use (powdered coconut milk) in the office as a coffee creamer."

The uses are endless, the packaging is minimal, and increasingly people are interested in trying recipes from other cultures and reducing dairy in their diets. Maybe now is the time for powdered coconut milk to find a place in the grocery shopping landscape of America. I don't expect my local supermarkets to go full Caribbean and add dozens of brands to the store shelves; but if such a wonder could take place in the hard seltzer space, then a woman can dream. Until then, I'll save room in my suitcase for my next trip home. 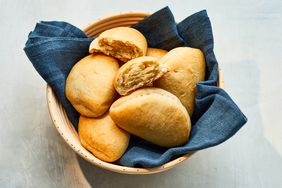 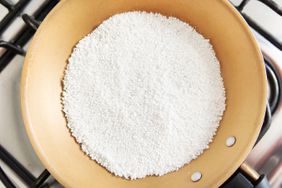 How to Use Tapioca 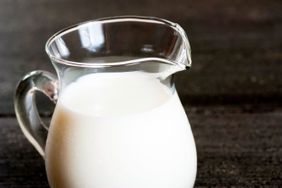 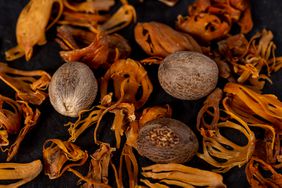 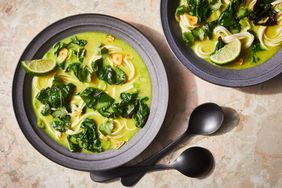 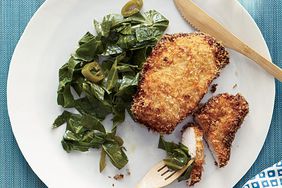 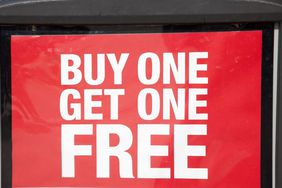 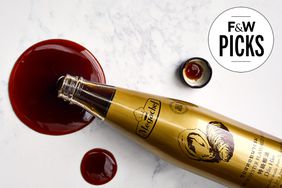