Seeking a clever solution to a ridiculous problem.

Let me first acknowledge that buying a 50-pound bag of flour and then not knowing where to put it was a ridiculous problem of my own making. There was a pandemic going on out there. People didn't have enough food to eat. Everyone was scared. If you imagine a long unfurled scroll filled with complaints ranked in terms of urgency, "too much flour that I don't know how to store" would be way down there, probably just above "fifth yacht needs refurbishing" and below "I just look too good in photographs." I know! It feels obnoxious to even bring up!

But since I was self-isolating in my tiny apartment and very anxious about the ongoing calamity happening everywhere, I tended to fixate on small, petty problems that I could conceivably solve and were in my control rather than everything else, which was so impossibly not. There's a scene in The Royal Tenenbaums I think about in times like these: a completely wrecked, rusty car with cardboard for windows pulls up, and one of the characters observes, "That cab has a dent in it." This 50-pound bag of flour was my dent.

But let me back up a bit. You probably know that flour was in short supply in grocery stores during the early days of the pandemic. There wasn't an actual lack of flour in the country, but stress on the supply chain coupled with people stocking up when they went to the supermarket meant that you weren't guaranteed to find any. After my last trip to the grocery store had given me a full-blown panic attack, I decided to try to put in a big order at Baldor. It's just one of the companies in New York City that usually supplies restaurants but began delivering directly to consumers during the pandemic. The thing about Baldor is that, as a restaurant supplier, it has quantities of things that make no sense for a Brooklyn home but make total sense for a restaurant. The other thing about Baldor is that it required a minimum order of $250. So I put in an order that I hoped would stock my kitchen for at least a month more, including a 25-pound bag of jasmine rice, three liters of olive oil, and a big box of the kind of vegetables that last a long while out of the fridge, like potatoes and onions. I also bought a 50-pound bag of King Arthur Special Patent flour.

It's not that I was worried I wouldn't get through it. I'm a frequent baker in normal times, and during lockdown I'd been going through about five pounds of flour a week with various sourdough projects. I offered contactless flour delivery to my neighbors. It would get used. But what I truly hadn't considered was what a hefty, unwieldy boy a 50-pound bag would be, and how to effectively store it in a kitchen the size of a luxury porta potty. If I'd just left it in my entryway it could've been a useful, Home Alone-style home security system in that anyone entering or exiting would've tripped over it. But I worried that my cats would get into it in some kind of zany mishap, and leave the whole place covered in a light dusting of flour. The other thing is that, as anyone who has opened a bag of flour to find unpleasant little bugs in it can tell you, it's ideal to keep flour in a cool, airtight container. The fridge or freezer would've been great! But since I am not a king, I did not have a fridge that would fit that amount of flour.

Claire Saffitz, formerly of Bon Appétit, keeps her huge bags of flour in rolling suitcases in the closet — a clever solution I thought I could emulate. Alas, when the flour arrived, my carry-on suitcase was too small. This amount of flour could not safely be stored in an overhead compartment.

A friend suggested that I split up the bag into many different mason jars and quart containers, but littering my house with containers of flour would've given the place a real Howard Hughes vibe, which I'd been trying to lean away from, quarantined though I was. So, as I had done with all my problems that I'd brought upon myself due to overestimating my cooking abilities, I used the good name of my employer to ask experts ludicrous questions.

Pay for the Bread Basket. Flour and Skills Cost Money

"Fifty pounds of flour should fit perfectly in a 13-gallon trash can with a lid," Mary-Frances Heck, our Senior Food Editor, told me. "I'd line it with a few plastic bags, then slide the flour bag in. Top with a cutout of cardboard to fit snugly against the flour, then lid it."

Martin Philip, the head bread baker at King Arthur flour, also offered the trash bag idea. "It sounds like a good excuse to clean out a couple feet at the bottom of a cool dry closet which is free of chemicals or strong smells," Philip wrote in an email. "If pests are an issue at all, a plastic trash can with a lid would be even better. Food-safe ones will generally off-gas less — you wouldn't want any weird chemical smells to get into the bag. Stored in that fashion it should be good for quite a while, with the caveat that flour is food and if not used at a reasonable rate, pests and insects may find it."

A swell suggestion! I loved the optimism that I have a "closet" to store things in!

Any container would've ideally had wheels on the bottom, so I could bring it in and out of the corner I call my "coat closet." (Oh, Brooklyn real estate, we do have fun.) Also, if I was ever allowed to have people over to my house again, I could scoot it into my bedroom so folks could walk around without having to resort to parkour.

So, I went shopping for a trash can on the internet, but alas, I was stymied. None of the trash cans that were big enough had wheels, or were available to ship to my house before July, a time too far in the future to contemplate. I briefly considered buying a 45-gallon wheeled number, but it would be comically oversized, and I worried that I would then entrap myself in a cycle of ordering ever increasing amounts of flour to fill it with, leading me to buy larger and larger trash cans again and again, until eventually I was in the worst episode of Black Mirror ever conceived.

Our former contributing culinary editor Rupa Bhattacharya steered me toward the online restaurant supply store Webstaurant, which had the perfect solution. Since it was a restaurant-sized bag of flour, why not just buy a restaurant-sized storage container? It was on wheels and had a smart top with a little sliding door in the lid that allowed you to reach in and scoop out its contents with ease. The proportions reminded me of a friendly droid whose sole function was to store flour and cheer me up. It was perfect.

Unfortunately, it was also $86.99 with an additional $24 shipping charge. That would put it at roughly four times what I paid for the flour to begin with. In that economy? I couldn't justify it. Webstaurant had cheaper options that amounted to large buckets with a separate dolly. They reminded me of sad, bootleg droids, probably rejected by the Disney industrial complex.

Several hours later, while listlessly scrolling for cat food to feed the would-be flour-ruining beasts that live with me, I finally hit upon a solution: a 47-quart container with wheels and a tight-fitting lid designed to store dog food. At $14.99 it was within my price range, and, I reasoned, if there came a time when bulk flour storage was no longer necessary, I could fill it with actual cat food and tuck it in the corner. It arrived five days later, and filled me with calm.

So I picked up Reginald — after spending so much time together I decided to name the bag of flour Reginald — and successfully fit the whole thing into the container. I didn't even have to attempt to decant all of the flour from one container to another. The small, self-inflicted problem was solved. The bigger, more complicated ones were not at all solved. But if you live in Brooklyn and you need some flour, hey, I might still have some to spare. 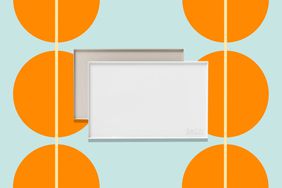 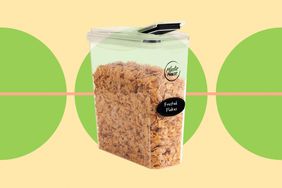 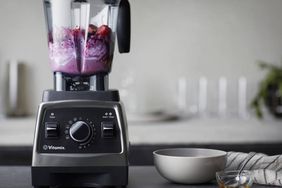 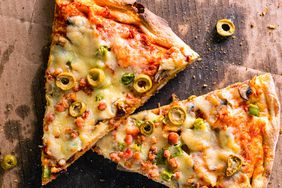