As much as we love scraping the meat off artichoke leaves with our teeth (it makes us feel very primal), it's the heart of the artichoke that we really love.

As much as we love scraping the meat off artichoke leaves with our teeth (it makes us feel very primal), it's the heart of the artichoke that we really love. Here, are 11 great ways to cook with them.

8 Chefs on Their Favorite Way to Eat Artichokes

This simple soup from chef David Myers has an intensely earthy artichoke flavor. It's also a great way to use a leftover Parmesan rind: Myers tosses one into the soup while it simmers, then discards it before pureeing.

Get the Recipe: Big Heart Artichoke and Parmesan Soup

As a child in Castroville, California — known as the artichoke capital of the world — chef Galen Zamarra fell in love with this thorny vegetable. By using artichoke hearts in his salad, Zamarra would allow his date to share his passion while sparing her the fuss of plucking one leaf at a time.

Get the Recipe: Artichoke Salad with Saffron Vinaigrette

This upgraded take on the classic creamy dip is filled with four kinds of cheese, plenty of tender artichoke hearts, and covered with a crisp, golden top.

Get the Recipe: Warm Spinach-Artichoke Dip

If cooks were asked to name the vegetables they find most intimidating and time-consuming to prepare, artichokes would surely top the list. Marinated artichoke hearts solve the problem: No trimming, cooking, or choke removal is required.

Get the Recipe: Artichoke Bread Pudding

For maximum flavor, Naomi Pomeroy doesn't just roast chicken thighs. Instead, she crisps the skin, then braises the pieces in a supertasty mix of marinated artichokes, olives, sherry, garlic, lemon and thyme.

Get the Recipe: Braised Chicken Thighs with Marinated Artichokes

To top meaty mahi-mahi, chef Michael White makes a vinegary caponata (a Sicilian relish) with artichoke hearts instead of the traditional tomatoes and eggplant.

Get the Recipe: Grilled Fish with Artichoke Caponata

Cookbook author Eugenia Bone marinates frozen artichokes overnight in olive oil with garlic, herbs, and lemon juice before scattering them on these pizzas.

Get the Recipe: Artichoke & Fontina Pizzas

Boursin cheese and cannellini beans add hearty creaminess to the artichoke-spinach dip-inspired filling for these stuffed shells. Calabrian chiles and fennel seeds amp up the jarred marinara sauce with a little heat and earthy sweetness.

Get the Recipe: Kale-Artichoke Stuffed Shells

A spiced broth adds layers of flavor in this tagine recipe from chef Joël Robuchon. Artichoke hearts bring a lovely spring element to the dish.

Get the Recipe: Chicken Tagine with Artichoke Hearts and Peas

This smoked salmon pasta has lots of bright lemon flavor that lightens the whole-wheat pasta.

Creamy Chicken and Bacon Pasta with Artichoke Hearts and Spinach 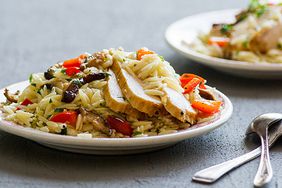 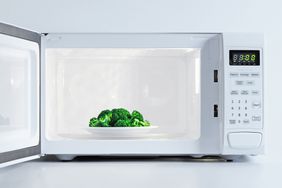 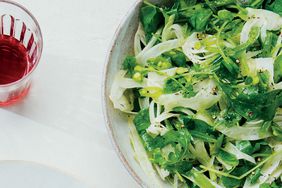 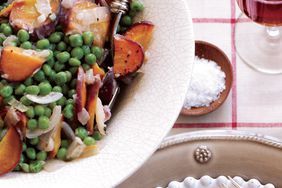