A grizzled restaurant critic once advised me "not to join the Army in order to cover it," but by then I was already in too deep—I'd been embedded in restaurants since I was 18 years old, starting with a gig making sandwiches at Jersey Mike's in Chapel Hill, North Carolina. For the next 12 years, I went back and forth between working in restaurants and newspaper newsrooms before I chose the media business full time. What I learned about restaurant people during my time in professional kitchens—that they're creative, scrappy, big-hearted, and resilient—has only solidified during my four years at the helm of Food & Wine. It's one of the reasons I look forward every year to the making of this annual Restaurant Issue, where we celebrate the people and places you should seek out next.

This includes, of course, the 33rd class of Food & Wine Best New Chefs. Since 1988, our editors have sought out the most exciting up-and-coming culinary talent in America. The first class included future luminaries like Thomas Keller and Daniel Boulud. We're confident that this year's class will also leave their stamp on American cuisine. To find them, Restaurant Editor Khushbu Shah spent seven weeks looking not only for the most dynamic cooking in the country, but also for chefs who are leading with respect, intent on changing the culture of restaurants for those who work in them as well as for those who dine. (Big thanks to Khushbu and our creative team, led by Photo Director Tori Katherman and Creative Director Winslow Taft, for creating the look for this year's feature.) Now you can meet the 2021 F&W Best New Chefs and read about their favorite spots to eat and drink in the cities they call home. We hope their stories and recommendations inspire your next big night out.

This year's class of chefs is all the more remarkable for delivering excellence during a pandemic that has gutted the industry. As the BNCs and their peers continue to reinvent what it means to run a restaurant by putting their team members first, we focused on a fundamental question that doesn't get asked enough: What are the diner's responsibilities in the hospitality equation? The answers, informed by months of reporting and a survey of your fellow readers, can be found in "The New Rules of Dining Out."

Some of my favorite food memories from the road this year.

The sleeper hit is 2000 F&W Best New Chef Andrew Carmellini's tender and funky Gorgonzola-cured Wagyu strip loin, sure to be imitated by chefs across the country.

The pizzaiolosat the recently expanded slice joint L'industrie are turning out some of my favorite pizza in New York right now. Order the spicy salami slice with hot honey.

Of course you should order 2021 F&W BNC Matt Horn's slices of jiggly brisket, but don't sleep on his jalapeño sausage, oozing with cheddar (order an extra link fora breakfast hash the next day), or the sides, especially his mac and cheese. Read more about chef Horn here.

Greyfield, a secluded base camp for nature adventurers, is unlike any place on earth. Chef Jada Veljkov makes every ingredient count in dishes like crispy, juicy porchetta and a standout shrimp and grits.

The Valley team turns out pure and soulful cooking from a pocket-size kitchen, including stewed shelling beans with sumac and a seeded green goddess salad.

This power pop-up duo featuring a masa specialist and a cocktail bar makes for a fun afternoon in East Nashville. Try the vegetable taco from Maiz de la Vida's food truck with a pitch- perfect piña colada from the tiki bar, Chopper. 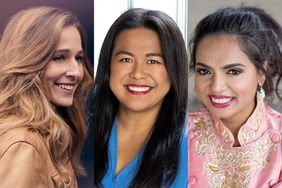 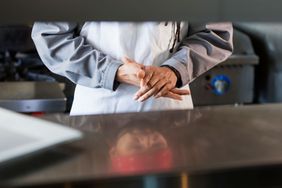 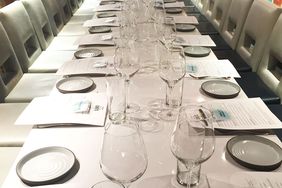