French cooking showcases best-quality ingredients in technique-driven recipes to produce elegant dishes that allow simple flavors to shine. Here, we've gathered a sampling of our traditional French favorites: the wine-braised chicken stew coq au vin, the Provençal fish stew bouillabaisse, a vegetable-based take on French onion soup, and more. Pour yourself a glass of wine and enjoy cooking your way through these classics.

"To make a proper tarte flambée, you need a wood-burning oven with a stone floor," explains chef Jean-Georges Vongerichten of the thin-crusted Alsatian pizza topped with bacon, onions, and fromage blanc. Here, he folds those same basic ingredients (replacing the fromage blanc with cheddar) into a light custard and bakes it in a buttery pastry crust. "Not everyone has a pizza oven at home, so I decided to make it in the form of a quiche."

To get the most crust with the cheesiest flavor, Jacques Pépin uses a wide, shallow gratin dish, then creates a lattice on top with thin slices of American cheese. A soufflé ramekin would work too.

"This creamy, rich dessert is the perfect love letter. And you should know how to make a great custard (plus, it's always fun to use a blowtorch in the kitchen)," says chef Andrew Zimmern. "I made crème brûlée for dessert the first time I cooked for my wife when we had just started dating, and it worked out perfectly in every way."

Actress Gwyneth Paltrow transforms one of her favorite salads, the Niçoise, into a hearty one-dish dinner by roasting tuna steaks on a tangle of beans, tomatoes, anchovies, and olives.

This lightened-up classic is fast to pull together — especially if you buy pre-sliced mushrooms. It has a rich, slow-cooked flavor. A splash of cream makes it extra decadent but still light.

Although there are innumerable versions of cassoulet, most are based on a stew of white beans and various forms of pork. This version by acclaimed cookbook author Paula Wolfert includes duck confit and the French garlic sausages that are a specialty of Toulouse.

In this vegetarian version of classic French onion soup, blue cheese and oloroso sherry bring new layers of flavor and depth. Notes of toasted nuts and fruit compote in the sherry pair well with caramelized onions, and its briny acidity cuts through the richness of the cheese.

Chef Daniel Boulud prepares his classic, creamy veal stew with veal stock, sometimes adding sweetbreads and finishing the dish with shavings of black truffle. For this easier version, omit the sweetbreads and truffle and opt for store-bought vegetable broth — or even salted water — over veal stock.

Camembert Baked in the Box

This tender, melty cheese bakes in its box to keep it from collapsing. Be sure to buy Camembert in a box that's stapled, not glued.

While restaurants traditionally make the buttery, orange-flavored sauce for this famous dessert tableside from start to finish, chef Jacques Pépin finds it easier to prepare largely in advance when entertaining. He flambés the liquor in front of his dinner guests and pours it over the platter of crêpes while still flaming.

Why does chef Thomas Keller make a one-egg omelet? Because the result is so much more delicate and alluring than the supersize omelets made with multiple eggs, especially with a creamy chanterelle filling.

This classic dish originated from the Burgundy region of eastern France as a pauper's dish, created to turn tough beef into a delicious meal. Here, chef Aaron Barnett upgrades it with short ribs.

Cookbook author Rebekah Peppler's ratatouille relies on a simple technique for creating a richly flavorful dish: cooking each vegetable separately. After just a few minutes in the pan, the vegetables release water, deepen in flavor, and become just tender enough to begin to break down.

A French classic that never seems to go out of style, this dish combines mushrooms and chicken in a tomato and white wine sauce. The name, literally "hunter's chicken," harks back to a time when game birds and mushrooms from the woods were a natural autumn combination.

Julia Child was a longtime Food & Wine contributor — and a champion of ham. For this recipe, she was inspired by a dish called jambon à la morvandelle, the signature dish of famous French chef Alexandre Dumaine. "Although supermarket ham will do, real country ham will give you a dish more like Dumaine's fabled creation," wrote Child.

This hearty stew called garbure, from southwestern France, is loaded with vegetables, beans and meat, the exact ingredients depending on availability. Chef Jacques Pépin's version includes ham hocks and cabbage and is topped with toasted bread smothered in melted Gruyère cheese.

Large shrimp make this a knife-and-fork stew. Cookbook author Melissa Clark spreads a garlicky French rouille on toasts for dipping in the stew.

Classic lobster thermidor stuffs gently cooked lobster meat back in its shell with a wine-based sauce and a touch of cheese before coming together under the broiler. The natural sweetness of lobster still shines through the rich, but not heavy, cremini mushroom and dry sherry-laced creamy sauce. 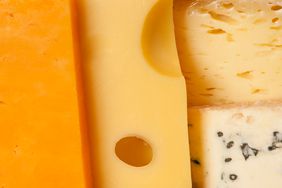