Coffee start-up Cometeer teamed up with Finca Sophia farm in Panama to offer a shot at trying the rare beans at home.

In the world of coffee, there are a few places that aficionados regularly flip out over. One of them is Finca Sophia, a farm in the highlands of Panama that produces some of the most prized beans in the world. Finca Sophia is 2100 meters above sea level, making it one of the highest altitude farms in Central America, and contributing to the slow fruit maturation that allows flavor development in the beans. At last year's Best of Panama auction, Finca Sophia's washed Gesha beans sold for $1300.50 per pound to a consortium of buyers from China.

That's all well and good for that consortium but if you don't have buy-beans-at-auction money, it pretty well shuts out the average coffee consumer. But there's good news: Coffee start-up Cometeer is collaborating with Finca Sophia farm for the Stellar Series, a new series of coffee releases aimed at showcasing award-winning beans and making them more accessible to an everyday consumer who doesn't, say, scour the Panamanian auction reports.

Cometeer offers flash-frozen coffee extract in aluminum capsules shipped directly to consumers. At home, you melt the little puck of frozen extract with six to eight ounces of hot water to make a hot cup, or let it thaw out and add cold water and ice to make iced coffee. They're offering a set of 20 capsules of the Finca Sophia beans, roasted by Equator Coffees, brewed, and flash frozen, for $99, with shipping included. That translates to just about $5 per cup, a pretty good deal for beans that go for over a grand.

"We believe strongly in paying significant premiums for specialty coffee production with transparent and sustainable supply chains with each of our roasting partners," said Cometeer co-founder and CEO Matt Roberts in a statement. "We want to make the coffee-verse more fair, more equitable, more sustainable, and more future-forward, and that starts with paying farmers more. The Cup of Excellence and our Stellar Series Program is really an opportunity for us to make larger investments in high-quality coffee production and serve super delicious coffees along the way. Our goal is to support the decommoditization of coffee and show that it is possible to retail some of the best coffees in the world for $5 a cup."

If you want to get granular about coffee-and odds are if you're interested in Finca Sophia you probably do-the set has the beans processed several ways. There are five capsules each of a washed Gesha, a natural Gesha, an Anaerobic Gesha, and a Natural Catuai, each one reflecting different subtle flavor notes in the coffee. Quantities of the beans are limited, as you might expect, so if you want some, head to the Cometeer website and live like the coffee drinking elite for a while. 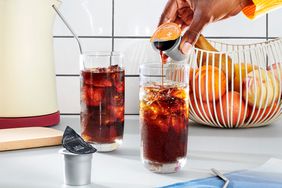 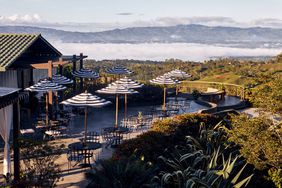 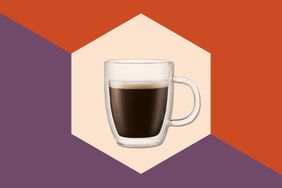