Funneled into the U.S. from Canada, rye whiskey is known for carrying devoted drinkers through the drought of Prohibition. But sometimes rye doesn't get the credit it deserves. Sure, it's harder now to find the quality rye that existed during the Great Experiment. Many are unfortunately sweet. But there are also many that are spicy and straightforward, making up for what some other kinds lack in flavor and versatility.A lot of drinks truly pop when made with rye. Manhattans, now often made with bourbon, originally used rye, probably for its ability to stand up to sweet vermouth and bitters. The same goes for Old Fashioneds and a bevy of classic New Orleans drinks. The true beauty of rye lies in its ability to mix with just one or multiple other ingredients and still maintain its sense of self. These foolproof drinks would be good pretty much any day of the year.This piece originally appeared on Liquor.com.

Despite its name, this cocktail shouldn’t be relegated to only one season of the year. The mixture of rye whiskey, St-Germain elderflower liqueur, lemon, apple and Champagne could inspire smart drinking on any day. But oh… summer.

New Orleans drinking culture wouldn’t be what it is without a few of the classic drinks that city is known for, including the Ramos Gin Fizz, the Sazerac and, of course, the Vieux Carré. Created at NOLA’s Carousel Bar, the drink melds the flavors of rye with orange liqueur, sweet vermouth, cognac and bitters. Taste it once, and you’ll understand why its a classic.

A staple of the college drinking crowd, the Ginger Ale Highball simply combines whiskey and ginger ale. But when using a top-notch whiskey and a ginger ale that’s not cloyingly sweet (you could even try a ginger beer), it’s a drink worthy of a diploma with honors.

Get the recipe for the Ginger Ale Highball.
04 of 05

Any cocktail wonk will know the Brooklyn, a mixture of rye, dry vermouth, maraschino liqueur and bitters. But do you know this variation on that classic, named for one of the borough’s recently gentrified neighborhoods? It was created at New York’s famous Milk & Honey bar, and combines rye whiskey with yellow Chartreuse, sweet vermouth and two kinds of bitters.

It’s not so far from the traditional recipe, keeping the absinthe rinse, the rye whiskey and cognac and bitters. The major difference: It uses a touch of Giffard Banane du Brésil Liqueur, a banana liqueur from Brazil that’s not too fruity, but does give an essence of the tropical fruit. Sure, the Bananarac is slightly off-kilter. But what’s wrong with that?

Get the recipe for the Bananarac.
Was this page helpful?
Thanks for your feedback!
Tell us why!
Related Articles 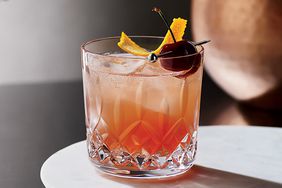 7 Iconic American Cocktails for the Fourth of July 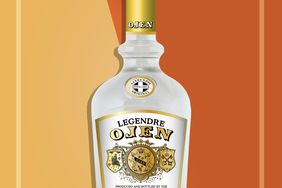