Spoiler: terroir and tradition are big parts of the process.

What is whiskey really made of? It's easy to wax poetic about this topic –– whiskey can be a feeling or a mood, influenced by the people you are sipping with, the room you are sitting in, even the weather at that particular moment (a hot sunny day as opposed to a cold winter's night, for example). All of these more ethereal elements do indeed go into the makeup of whiskey, but of course there are also actual tangible ingredients involved. The three main ones are grain, water, and yeast, with the former in particular varying based on geographical origin and style of whiskey.

In the broadest sense, whiskey is simply a spirit distilled from a fermented grain mash. The recipe of that mash, known as the mash bill, depends on what type of whiskey (or whisky) is being produced. Bourbon must be made from a mash bill of at least 51% corn, American rye whiskey must be at least 51% rye, while single malt scotch must be 100% malted barley. Irish single pot still must be at least 30% malted and 30% unmalted barley and up to 5% other grains. Generally speaking, whiskey is aged in barrels, but the type and length of time depends upon the style –– bourbon, for example, can be matured in new charred oak barrels for as little as a day (the legal language refers to "containers" but bourbon is virtually always aged in barrels). Scotch, Irish whiskey, and Canadian whisky, on the other hand, have a three-year minimum age requirement and are usually matured in used barrels (mostly bourbon), along with a variety of other cask types.

The steps involved in making whiskey are similar no matter where it's being produced, although there are of course some key differences. The basic process is as follows: the grains are milled and turned into a type of flour. This is combined with hot water and cooked in a mash tun, a large wooden or metal tank, to convert the starch into sugar. The mash is then transferred to a fermentation tank called a washback, at which point yeast is added to convert the sugar into alcohol. The resulting wash, or distiller's beer, usually ends up somewhere around 10% ABV.

This is then distilled in either column or pot stills two or three times. The wash is heated inside the still, and since alcohol boils at a lower temperature than water it turns into vapor which rises through the neck of the still and then is cooled and turned back into liquid. Each distillation run results in a higher-proof spirit, with the new make ultimately coming off the still at around 60-70% ABV. Water is often added at this point before barreling — bourbon, for example, can't go into a barrel higher than 125 proof (62.5% ABV). And finally, unless the whiskey is meant to be cask-strength or barrel-proof, water is added to the spirit again to dilute it to the desired proof before bottling. Most whiskeys must be a minimum of 80 proof (40% ABV) in the bottle.

While the process is complicated, the basic ingredients are ancient and simple –– just grain, water, and yeast. Bourbon in particular is highly regulated so that there can be nothing else added–no flavoring, no color, no additives. Scotch, Irish whiskey and Japanese whisky can all have a small amount of caramel coloring added called E150A. It's generally agreed that this does not alter the flavor, but is used for consistency to ensure that each batch will look the same. Canadian whisky has an old rule referred to as the 9.09% rule, meaning that a small amount of barrel-aged flavoring spirit can be added to the blend.

So, what is whiskey really made of? Grains, water, yeast are the key components, but terroir, tradition, and perhaps most importantly time can also be considered elements. Whatever style you choose and whatever type of grain is the basis of your whiskey, drink it however you like it: Neat, ice, with a splash of water, or even mixed with Diet Coke. Don't let anyone shame you for your preferred method of enjoying a dram! 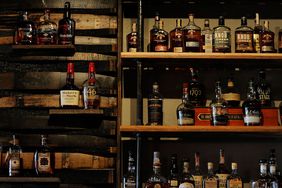 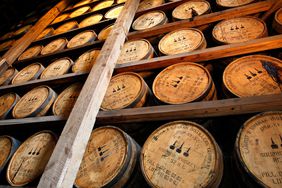 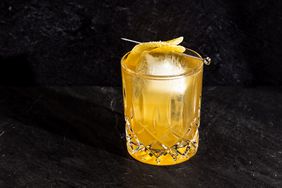 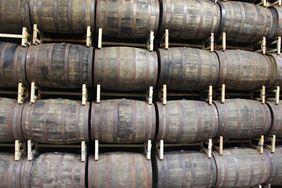 A Day in the Life of a Distiller 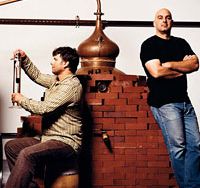