When it comes to stocking up on bar cart staples, an eenie weenie bottle of bitters might not be the first thing you gravitate towards. But good things come in small packages, and as Alex Cuper, the beverage director of Chicago's El Che Steakhouse puts it: "Underberg may be the best-kept secret in after-dinner drinks." While only 20 milliliters in capacity, the miniature bottle is loaded with flavor. "It is one of the most ideal ways for me to round out an evening," he says.

Identifiable by its miniature size and signature paper wrapping, Underberg is an alcoholic bitter digestif founded in 1846 by Hubert Underberg in Rheinberg, Germany. While similar in flavor and style to an amaro (think bracingly bitter), it's technically a boonekamp –– a subcategory of German bitter liqueurs.

"Underberg is made with a unique blend of herbs and spices from 43 countries that are then aged in Slovenian oak," says James 'KP' Sykes, owner of The Armory in Brooklyn. Which ones? Best of luck figuring that out — "the exact process is a highly protected family secret," he adds. Only five people know the exact recipe (though it does live in a digital vault if anything goes awry.)

Expect your first sip of Underberg to be hugely herbal, slightly spiced, and lightly licorice-y, with underlying notes of gentian, clove, and anise. Sykes finds that the flavors of Underberg feel somewhat akin to Fernet in terms of herbaceous notes, which makes it a key Amaro-esque alternative. "Upon the first sip, you get a bold rush of flavors reminiscent of Christmas — a pirouette on the palate," he says.

Does Underberg Bitters Have Alcohol?

Yes! Underberg sits at 44% ABV, or 88 proof. Despite being a boozy bottle through and through, Sykes notes that it can be sold without a liquor license, because the FDA considers Underberg to be non-potable bitters. "This technically makes it a food product." Its categorization as a food product allowed it to continue to be imported and sold in the United States, even during prohibition. Today, it is often found on grocery store shelves as well as stocked in liquor stores. While the FDA may declare it non-potable, it's no more harmful to drink than any amaro — end your meal with a good glug.

How to Drink Underberg

"Some purists wholeheartedly believe that Underberg should be consumed directly from the small brown paper wrapped bottles in a single sip," says Sykes. Some swig it back, others sip it from a straw. Some bartenders will even perch the teeny bottle on top of a cocktail, a la a Bulldog.

"We always enjoyed the ritual with guests and staff of placing the bottle gently clenched in your teeth and tossing your head back — no hands! — allowing the intensely aromatic liquid to empty into your mouth," says Charles Joly, co-founder of Crafthouse Cocktails.

The spirit has earned a cult-like following from fans, to the extent that Underberg offers a robust loyalty program. After you empty the bottle, save the caps — the brand will let you trade them in for Underberg merch. Joly, for example, has an Underberg bandolier — a little belt complete with Underberg-sized holsters — worth 480 caps. "I've worn it more than once behind the bar, doling out wee nips of the digestif," he laughs. Other swag includes hats, surprisingly tasteful branded dinner plates, pocket watches, and picnic blankets.

When Should You Drink Underberg?

"The digestive properties of Underberg can't be understated — it aids in digestion after a meal," says Sykes. "It has also been known to double as a stomach settling remedy that can help in a pinch." He finds the bottle's smaller size makes it highly portable — "It can serve as an on-the-go remedy."

Joly notes that Underberg's slogan — 'after a good meal' — about sums it up. "Like other bitter liqueurs, Amari, fernet and other digestifs (particularly traditional in Europe), these highly aromatized, infused tipples are said to settle the stomach after a meal."

The brand touts that Underberg promotes digestion by stimulating gastric juices and supporting the breakdown of nutrition in the stomach. "I am not sure if it is scientifically proven or just a placebo," muses Cuper, "but it really does soothe your stomach after a night of eating rich foods! In Germany, it's all that sausage and schnitzel. For me, it is after indulging in giant cuts of grilled beef, bone marrow, and grilled prawns."

"Essentially, it's a quick little drink to put an exclamation point on your evening," he concludes. 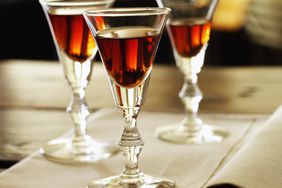 Why You Should Be Drinking Port as a Digestif 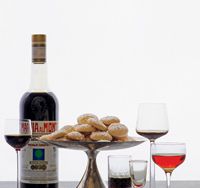