From the right glassware to the perfect temperature, here's how to appreciate tequila's complexity.

No other category of spirit has rebranded itself over the last decade as monumentally as tequila. Having long relegated it to party shot fodder and cloyingly sweet margarita mixers, consumers are finally seeing this spirit as worthy of sipping solo. This evolution is in part due to the rise of 100% blue weber agave-based liquids, which offer structure and elegance that simply don't exist within the sugar-spiked mixtos that previously dominated the marketplace.

In the United States, sales of high-end tequila have quadrupled since 2012. If you find yourself still drinking your tequila out of a shot glass, first thing's first: you need some suitable stemware to do the luxury liquor justice.

"Tequila is a noble and complex spirit that has been misrepresented to consumers for many years," explains Scarlet Ganzoni, bar director of Isabel in London. "It was seen as a cheap and easy way to get into the party mood. And consumers were not as interested in tasting the spirit as they were getting the effects of it."

The first step to rediscovering the category, according to Ganzoni, is to appreciate its aromas and complexity of flavors. To her, these are best discerned when sipped from a flute, and she's hardly alone in this belief: The flute has quietly become the preferred format for presenting the most prized of agave spirits.

"In a shot glass, you aren't able to capture the aromas or taste the spirit," she says. "But in a flute, all the aromas float to the top of the glass and you are able to explore them. They open up and the characteristic herbaceous, earthy notes from the agave flow towards your nose."

On a practical level, using a flute also ups the finesse value, which is ultimately about more than mere aesthetics; It can actually make the drink taste better, since we often sip first with our eyes. "Drinking tequila is multi-sensory: smell, taste, look, and mouthfeel," says Neil Grosscup, CEO and master blender of Tanteo Tequila. "Using a stemmed glass helps you slow down and appreciate all of them."

Milagro Tequila brand ambassador Manny Pena points out that the physical structure of stemware affords several technical benefits, with added space in the glass chief among them. "A champagne flute holds about six ounces of liquid, while a shot glass holds around one-and-a-half, leaving little-to-no room to swirl and aerate. The extra room in the flute allows the sweet agave nectar to have more contact with the air, aerating the spirit to bring much softer and more palatable flavors."

But the devil is in the details. When you're ready to dial those in, Pena recommends paying close attention to temperature. His tequila, for example, ought to be served at precisely 69°F. Never sip tequila on ice –– you'll risk a numbed tongue that will inhibit your ability to pick up on delicate flavor notes.

Bertha González Nieves, CEO and co-founder of Casa Dragones is fond of using the Riedel Ouverture tequila glass, which was custom built for professional tequila tastings. "Glassware should always be considered as a complement to your spirit or cocktail, because it can certainly intensify your experience and make it even more exciting," she says. Nieves reserves the flute for her Joven, a blend of silver and extra-aged tequilas; For the more robust Barrel Blend, which exhibits stronger elements from the oak, she prefers a tulip with a wider aperture. "Tulip glasses are typical to whiskey and enhance the nosing experience often associated with an aged spirit," she adds. "A good whiskey glass like a tulip glass will enable you to properly nose these extraordinary notes found in our Añejo, such as fresh floral, pear and subtle notes of figs."

For Jesse Estes, of Tequila Ocho, the glassware isn't so much about the tech specs as it is what they convey. "When serving any liquid in a shot glass, it's clear to the recipient how it should be consumed: knocked straight back," he contends. "Taken in this fashion, tequila is experienced as more bitter and harsh, with more of an alcoholic burn. Handing someone tequila in a tasting glass immediately communicates to them that this is a spirit to be sipped and savored. To me, serving a fine spirit in an elegant glass also shows respect for all of the hard work, time and energy that went into producing it." 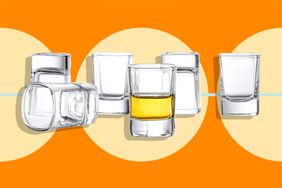 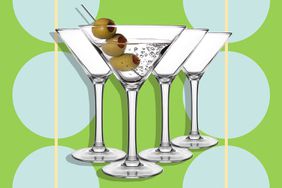 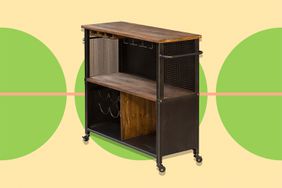 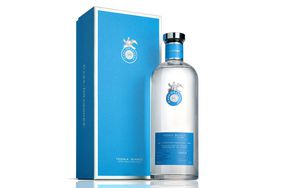 Essential Blanco Tequilas to Stock in Your Liquor Cabinet 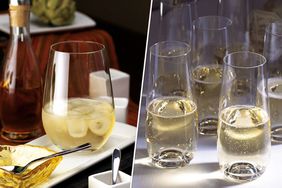 The Best Stemless Wine Glasses for Every Type of Wine