From harvesting agave plants to distillation, the process of crafting just one bottle of tequila is quite complex.

Tequila is on the fast-track to dominating the American spirits industry, with sales of agave-based spirits increasing by an incredible 30% year over year in 2021, commanding $5.2 billion in sales. But while consumers are expressing more interest in quality reposados and blancos, that doesn't mean they fully understand all of the care and time that goes into crafting these spirits.

From start to finish, the journey for distilling tequila is neither quick nor easy. "Agave plants are harvested when they are between five and seven years old," says Grace González, a fourth-generation master distiller from Destiladora González Lux. "The age at harvest depends on the climate conditions." Even today, the complexity of successfully picking agaves means that the plants are still harvested by the hands of jimadores (or tequila farmers), who use traditional methods and tools. A coa, which is a traditional type of hoe with a flat, sharp round head, is used to shave off the spiny leaves and leave the core of the plant, called a piña, which contains all of the sweet sap used for agave nectar or alcohol fermentation.

Although distilleries will use slightly different techniques, from the type of oven used for roasting the agave, and for aged tequilas, the type of barrels utilized, the overall process for creating tequila once the piñas have been harvested is fairly standard. "After the harvest, the agave plants are taken to our distillery to cook in our brick ovens for three days. Once we have extracted all the sugar from the agaves, we proceed to crush them to extract even more sugars and juice," explains Carlos Andrés Ramirez, the brand advocacy manager for Tequila Avión, "After that is fermentation for 48 hours, where the included yeast combined with the sugars will convert into alcohol. Once we reach a 7% alcohol level, it's time to distill. We distill twice only in copper pot stills. For cristalino, we will filter it using a double charcoal filtration process and then bottle it."

For tequila, aging is dependent on the type of tequila being crafted. "There is not a minimum age requirement to be considered tequila. However, there are minimum age requirements for each expression. Blancos can be anywhere from unrested up to two months old, while an extra añejo will age for at least three years.

What is Tequila Made From?

Tequila is an agave spirit, but it cannot be crafted from just any of the dozens of agave variations that exist. By law, the spirit must be made with at least 51% Weber azul agave in order to be considered tequila, while 100% Weber azul agave can be found in top-shelf tequilas. Water and yeast are also used during the fermentation process.

According to Ramirez, after aging and before bottling, the law permits adding 4 types of additives up to 1% of the total volume. These are glycerin, caramel color, oak extract and sugar-based syrup, though not all brands use them.

Technically, yes, it is gluten-free in its purest form. However, the key is to watch for anything that may have been added in beyond the yeast, water, and agave, which may contain gluten.

Does Tequila Have Added Sugar?

Pure, 100% agave tequila does not have sugar in it. "As all sugar was converted into alcohol during the tequila's crafting, there won't be any sugar unless additives were included," says Ramirez. To help find spirits that do not contain any additives, Tequila Matchmaker hosts a database of almost 5,000 tequilas that can be narrowed down to ones that are additive-free based on the site's independent and stringent verification requirements.

Why is There a Worm in Tequila?

The longstanding story of worms making homes in tequila bottles is a little bit myth and a little misunderstanding. Bottles of tequila have never had worms, but one agave spirit has been linked to them. "There is no relation between the worm and the tequila, it was actually used in mezcal," clarifies González. There are well-worn stories about where it came from, including that entrepreneur added it on purpose, but nothing definitive. "If you ask 10 people about the origin, you are likely to get 10 different answers," says González. "The only thing for sure – it's a great topic to discuss over a cocktail." 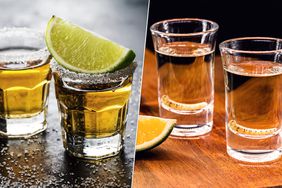 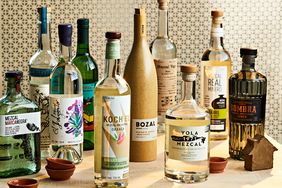