There's a rum for everyone, and these newly available rums highlight the breadth of this amazing spirit.

Rum has been on the rise as something to savor instead of a spirit that needs mixing. The current moment owes a lot to the cocktail revival of the past two decades, starting with a new class of serious bartenders looking to recreate drinks from pre-Prohibition recipes and seminal tiki manuals whose outcomes relied on blends and types of rum that were unavailable. As cocktail programs at restaurants and bars became more serious, people got to see rum in cocktails that could spotlight the inherent sweetness of this spirit without relegating it to a dessert-like drink.

There's a rum for every type of spirits drinker, whether you prefer something neutral and column-stilled like vodka, or a barrel-aged cask-strength dram of something scotchy. That's because the definition of rum—a spirit made from sugar—allows for so many variables that can distinguish bottles next to each other on the shelf immensely.

READ MORE: Marc Farrell Wants to Change the Way You Think About Rum

The question is no longer dark, gold, or silver, but whether the rum was distilled from crushed sugarcane, cane syrup, or molasses, and how much sugar was added back in. Instead of asking simply how old a rum is, you might wonder how many years it spent aging in one climate before it was sent to a different one.

Increasingly, new rums offer geographical specificity, letting you mull the influence of local culture and method of sugar production, as though you were drinking wine. The experience can be like enjoying other terroir-forward spirits like mezcal, unpredictable but obviously representative of place, and transcendent when you taste the right one. There's also been an explosion of armchair spirits connoisseurship that has made room for special gems that were previously only available abroad, as well as cultivating a new appreciation for historic distilleries who are now finding new markets for their output.

Get the Recipe: Coconut Mojito


There's still room for rum the way we've always known it, even if it's just mixed with Coke. Flavored rums are better than ever, with natural aromatics and less sugar. Overproof rum may have a reputation as a convenient intoxicant for a crowd, but many rums are offered at two different strengths, which gives you the option to up the ante in cocktails or enjoy a bigger aroma and taste when neat.

Increasingly, new rums offer geographical specificity, letting you mull the influence of local culture and method of sugar production, as though you were drinking wine.

The following recommendations are of some newly available rums that highlight the breadth, intrigue, and quality of this amazing spirit.

The term rhum agricole is widely applied to rum made from freshly pressed sugarcane, but most specifically applies to the appellation-protected rums of French-administered islands in the Caribbean Sea and Indian Ocean. While Martinique rhum is widely available from distilleries like Neisson, La Favorite, and Clement, rhum from Guadeloupe has been extremely rare until now. Père Labat, produced on the island of Marie-Galante, has exquisite aged options, but the unaged distillate is a great place to start. Available in both 40 and 59% abv, the gentler strength is smooth, naturally sweet, and dangerously easy to enjoy in a fruity highball or on ice.

Richard Seale is a legend among rum drinkers. As master distiller and blender of Foursquare in Barbados, he has produced some of the most collectible rums of the past few decades. Probitas is a white rum distilled, blended, and matured entirely in the Caribbean, which is actually pretty rare. Seal blends pot and column-stilled Foursquare rums with pot-stilled rum from Hampden Estate in Jamaica to make a harmonious and distinctive white rum.

Though you may have negative associations with coconut rum from some erstwhile sugary concoction, flavored rum can be your friend when done right. Koloa Rum Co. makes several different rums using 100% cane sugar and filtered water from Hawaii's Mount Waiʻaleʻale, with exceptional flavored options. Their coconut rum packs big coconut flavor with a touch of sweetness. Since it's 40% abv you can use it as a base for decently strong drinks. Malibu could never.

Australia might not be the first place that comes to mind when you think of rum, but that's only because you aren't from there. This rum is produced at Beenleigh, the country's oldest distillery, founded in 1884. The exuberant, tropical nose from the pot-stilled Australian molasses is tamed on the palate, no doubt from the final two years spent finishing in Cognac casks in France. Produced under the Transcontinental Rum label—the brand of famous Parisian spirits purveyor, La Maison du Whisky—look out for their more limited single barrel offerings from Fiji and Trinidad, which are absolutely delicious if you can find them

Get the Recipe: Rum Negroni

Haiti's most famous rum is Barbancourt, a mild spirit made from pressed sugarcane that is mostly exported. Clairin, on the other hand, is the rustic distillate made in small batches all over the country. A selection of special clarins has become available through Italian spirits company Velier, who works with small-scale distillers to bottle their product with details like the name of the distiller, vintage, and sugar varieties used, with Le Rocher being their latest release. It could fool you for mezcal with pure sweetness followed by a sensation of smoke that finishes like a grassy, earthy syrup.

This is some of the cultiest rum around, made entirely without the use of electricity, from the water wheel powering the cane crusher to the foraged wood fires fueling the copper pot stills, this place is literally pre-industrial. It also hasn't been available in America until now. If you're the kind of person who enjoys supersonic dundery Jamaican rums and intensely tropical rhum agricole, you will not be disappointed.

Get the Recipe: White Rum and Aperol Spritz

There is a long tradition of sugarcane cultivation in the Southern islands of Japan, which are warm and tropical. To make Cor Cor, sustainably farmed sugarcane is converted to molasses expressly to make this rum, rather than from the byproduct of sugar refining. The distilled product still manages to capture the freshness of a sugarcane rum, and it's worth trying this in a refreshing daiquiri or 'ti punch.

Ed Hamilton is a rum guru who imports his own selections of unadulterated rums from all over the Caribbean, focusing on expressive spirits that perform well in cocktails. White 'Stache is his first white offering, a blend of rums from Trinidad, Guyana, and Santo Domingo, that gets mixed and diluted to the right degree with well-water at a distillery in Western New York. It makes a wonderful daiquiri or base for another classic drink.

From the mountains of Oaxaca comes this rum made from a combination of sugarcane and piloncillo, a minimally refined brown sugar. Distilled in small batches on a still made for mezcal, this is the kind of thing you could easily sip neat and enjoy the rich palate and heady taste. 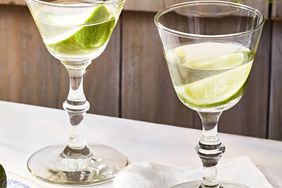