This Terroir-Driven Gin Captures the Spirit of Vietnam

The Vietnamese were distilling traditional rice spirits as early as the 14th century. Through hundreds of years of war and colonialism—during which the French monopolized production—social drinking remained integral to Vietnamese culture. Today, Vietnam's two largest cities, Ho Chi Minh City and Hanoi, have flourished into bona fide global cocktail destinations, giving rise to a new generation of homegrown distillers who are producing craft rice liquor as well as locally accented whiskey and gin.

Born and raised in California, Nguyen got the botanical bug after moving to Vietnam to work with Oxfam and Vietnam's Ministry of Natural Resources and Environment to create sustainable agricultural supply chains. Living among the tribes of the northwest highlands, Nguyen realized that the region's biodiversity—and local livelihoods—were in danger of being outfarmed by cash crops. Through Sông Cái, Nguyen is able to employ foragers, fund local seed banks, and cultivate heirloom crops that have not been seen in Vietnam for centuries. Sông Cái translates to "mother river," a nod to the ancestral birthplace of Vietnamese civilization in the Red River Valley.

For those tempted to compare the taste of Vietnamese gin broadly to that of other gins from the region, like Suntory's citrus-forward Roku, Nguyen explains that Sông Cái's ethos adheres more closely to the Vietnamese culinary philosophy, which emphasizes a balance of ingredients deemed to have hot or cold energy. The end result is a gin that makes itself known through robust but refreshing spice, proudly showing off its mild mountain peppers and a back palate of subtle amber honey.

"What people tend to think of as 'Eastern' gin is what the British romanticized as Eastern or from the Orient—like curry leaves and cardamom," Nguyen explains. "Our gin is simply more indicative of the unique Vietnamese palate: The juniper berry is not as pronounced, we're lighter on the profiles of angelica root, and our citrus is a variety of pomelo that is endemic to Vietnam. We use what's important to the Vietnamese."

Four Other Must-Try Terrior-Driven Gins from Around the World

A beautiful blend of juniper foraged from the Himalayas alongside chamomile, black tea, and tulsi.

This red-hued gin is steeped with Shiraz grapes from the Yarra Valley.

Read More: 13 Best Gins for Your Home Bar
Was this page helpful?
Thanks for your feedback!
Tell us why!
Related Articles 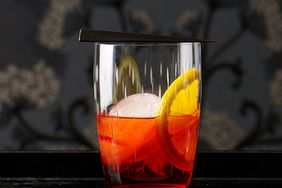 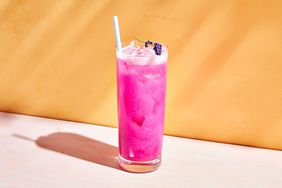