Like any rational drinker out there, we love a good Cognac. And in the summer, we’re all about Cognac’s distant cousin—Pineau des Charentes. (We just need a shorter, easier-to-pronounce name for it.)

Cognac is distilled from grapes, and Pineau des Charentes is a blend of that region’s grape juice, and the Cognac brandy itself. The result, at around 17 percent ABV, is just a little boozier than wine. It’s sweet, but in a natural, juicy way, with a strong vanilla-fruit character. Our favorite is made by Pierre Ferrand, one of the area’s best Cognac producers. Their Pineau des Charentes is vibrant and fruity, and, as it spends twelve months in oak, has a beautiful barrel-aged character. Try it on its own, served ice-cold from the fridge; try it with ice and soda; or try it in these three summer-friendly cocktails.

Instructions: In a Champagne flute, combine 1 ounce of Pineau des Charentes and 4 ounces of sparkling wine. Garnish with a long lemon peel.

Since Pineau des Charentes is a blend of local grape juice and Cognac, we had a brilliant idea—add more Cognac. Plus a little honey to balance out the extra booze. It’s a stiff, Old Fashioned-style sipper that’s still light and dynamic enough for summer.

Instructions: In a mixing glass with ice, combine 1 1/2 ounces of Cognac, 1 1/2 ounces of Pineau des Charentes, and a 1/4 ounce honey syrup—that’s 1 part honey stirred together with 1 part hot water, so it dissolves more easily. Stir together until well-chilled and then strain into a rocks glass with fresh ice. Garnish with two lemon peels.

We don’t know how, exactly, we realized that Pineau des Charentes would be amazing in a mojito—but…wow. It adds a vivid juiciness that doesn’t interfere with the rest of the cocktail. Now that we’ve got an open bottle of Pineau in the fridge, it’s going in every mojito for the rest of the summer.

Instructions: In a cocktail shaker with ice, combine 1 1/2 ounces white rum, 1 ounce of Pineau des Charentes, 3/4 ounce fresh lime juice, and 1/2 an ounce of simple syrup. Add 10 mint leaves, each torn in half. Shake until well-chilled, then strain into a tall glass with fresh ice. Top with an ounce of club soda, and then a dash or few of Angostura bitters. Garnish with two big mint sprigs. 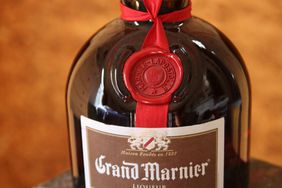 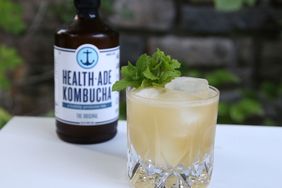 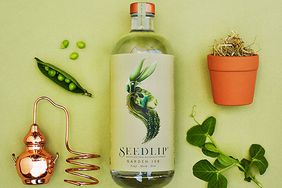 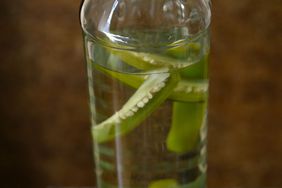 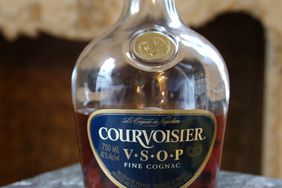 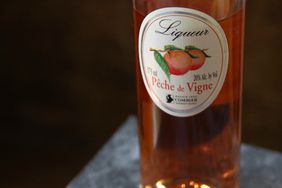 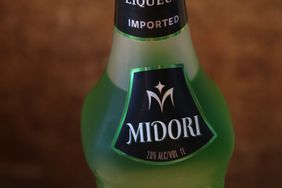 How To Make Actually-Good Cocktails With Midori 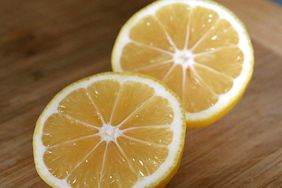 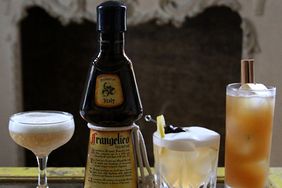