If you're a fan of sweet, oaky whiskies, odds are you're a bourbon fan. Fancy a dram of something smoky and peaty? You're going for Scotch. But for those who love complicated, dry, spicy whiskey, rye is where it's at. One of America's original spirits, rye was widely consumed in the Northeast and mid-Atlantic as far back as the eighteenth century. The industry took a major hit during Prohibition and didn't recover for decades, as vodka and other clear spirits dominated the late 20th-century drinking landscape. But as American demand for craft spirits has taken off, rye has grown like never before. Today, many historical ryes (Rittenhouse, Old Overholt) are more popular than they've ever been, even if they've evolved over the decades; and many newer distilleries are trying their hand at the original American whiskey. Here are eleven brands you should know. - Carey Jones

Ask just about any bartender for his go-to rye, and you'll hear the same two names: Rittenhouse and Old Overholt. (We'll get to the latter in a second.) Produced in Kentucky by the Heaven Hill distillery, it's made from the minimum of 51 percent rye, but since it's bottled at 100 proof, there's still a pleasant bite to it. And $26 a bottle? It's hard to find any whiskey, period, that's a better value. $26Try it in: A Manhattan

Like Rittenhouse, another mixologist favorite; like Rittenhouse, a killer value. Though now produced in Kentucky, Old Overholt began its life more than two centuries ago in western Pennsylvania, and it's got everything you want in a bottle of rye—spicy and smooth and easy to mix into cocktails. At 80 proof, it's a little less aggressive than Rittenhouse (and a little cheaper, too). $17Try it: As a shot alongside a pint of lager

The New York Distilling Company had always intended to make spirits for cocktails, gin and rye chief among them. Gin is a lot quicker to produce, and the distillery's Dorothy Parker and Perry's Tot gins are huge favorites in the bartender community. Only much more recently, after years in the barrel, was Ragtime Rye released. Distilled from rye grown in New York State, it's warm and distinctly spicy, a dream in cocktails. $46Try it in: "Kings of Manhattan," a variation on the classic which uses Punt e Mes alongside Carpano Antica sweet vermouth.

Even Knob Creek's bourbon contains a strong dose of rye, so it's no surprise their own rye whiskey has a real bite to it. At 100 proof, it's aggressive but pleasant, the barrel flavor robust, the spicy-fruity personality of rye shining through. $35Try it: With ginger ale

Headquartered in Tennessee, Dickel treats its rye like the rest of its whiskey—filtering it through charcoal that's made from the wood of sugar maple. The result is softly textured, almost creamy, while its 95 percent rye content means there's still a sharp, spicy bite. $26Try it in: An Old Fashioned.

Legally speaking, rye whiskey must be at least 51 percent rye; Sazerac, like several others on this list, uses the bare minimum. The remainder of the grain, corn and malted barley, keeps Sazerac sweeter and less spicy than some; aged for six years, it's smooth and oaky, a slam-dunk for bourbon fans. Unsurprisingly, it makes a great Sazerac. $34Try it in: You'll figure it out.

This much sought-after brand is as smooth as they come, tasting of toffee and fruit, more grassy than spicy. As a result, it excels in cocktails, where it tends to play well with others. $37Try it in: A Boulevardier

"US-1" refers to Michter's status as the first whiskey distillery in America, founded even before the nation itself in 1753. First produced in Pennsylvania it, like many others, it's now produced in Kentucky. Michter's is a single-barrel whiskey, which, while not disclosing its exact age, always has at least three years on it; the rye has a classic fruit-spice character with a peppery tingle. $43Try it: An Old Fashioned

While many classic ryes got their start in Pennsylvania, Pikesville hails from another great rye-producing state: Maryland. (Like most on this list, it's now produced in Kentucky.) A favorite in Baltimore for generations, it was the last rye brand to produce in the state, until its sale to Heaven Hill. Today, it's bottled at a robust 110 proof, with at least six years of age to it; a little sweetness tempers the alcohol and spice. $52Try it in: A 50/50 Manhattan

Headquartered in Vermont, Whistlepig is sourcing much of its rye stock from Canada, while transitioning to rye distilled from grain grown on their own farm. Under master distiller Dave Pickerell, formerly of Maker's Mark, even their entry-level whiskey is aged for an impressive ten years. (The distillery's Boss Hog, at 14 years of age and around 120 proof, is a cult favorite, though more than four times the price.) $80Try it: Neat

One of our favorite sipping ryes anywhere, Rendezvous is made from a blend of different spirits — including a 95 percent rye and an 80 percent—aged between five and nineteen years. The result is extraordinarily complex, big on the cinnamon and clove and candied fruit, and lingers forever on the palate. A great gift bottle. $60Try it: On the rocks 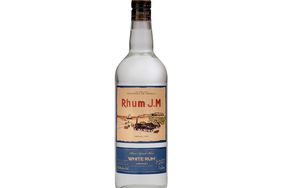 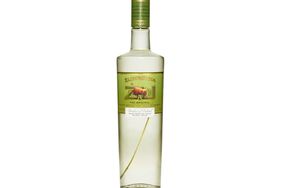 11 Essential Vodkas Everyone Should Have in the Liquor Cabinet