"I always feel like cultures don't follow borders. They gradually bleed into each other," says Ed Lee, the chef behind 610 Magnolia and Milkwood Restaurant, both in Louisville, Kentucky.

He continues on the phone, excitedly: "Louisville lives on that edge of Southern culture and Midwestern culture, and it was the perfect place for me to land because I could do my version of Southern food with a little bit of modernity and global flavor. So when I looked at other cities, there was something about DC that connected to me. It's the same thing as Louisville—Southern and not Southern at the same time."

Which is why Lee has made Washington DC the new home of his second location of Succotash. It opens this weekend, and here's what makes this outpost stand out.

The restaurant is inside the Equitable Bank Building, a historically protected landmark with Greek Revival architecture. Moving into an old financial institution meant some delays, but it also meant lots of space. Over 300 people can fit in the restaurant, with a balcony and mezzanine that can seat up to 140 guests, a hearth room with a roaring fireplace for 40 more. Naturally the kitchen and the staff are blown out, too. There's a 1,200-pound Southern Pride smoker and Hennypenny pressure fryer that can pump out 60 pieces of chicken in 14 minutes. And there are 24 people in the kitchen and over 100 members of the front of house.

"DC is a cosmopolitan city, and we nod to that," says Lee. He saw burrata salads everywhere in the city, and he does his own take here. Local burrata is topped with fried pig ears ("A very Southern thing," he says.) and a miso-fermented honey dressing. Lee's signature balance striking Southern and Asian flavors is at work here, but the menu is powered by all the amazing purveyors he's met in DC.

3. It's still the food that Succotash is known for.

About 50 percent of what's on the menu at Succotash in Oxon Hill, Maryland, will make the move to DC. "The fried chicken and ribs, those staples will always be the same," says Lee. However, he hopes that this DC location will be the flagship for Succotash. He won't share too much beyond the burrata dish, but he teases: "We have some cool surprises."

"We've got over 150 bourbons on the list," says Lee. "We're bringing a lot of Kentucky to the DC area." Along with the bourbon-heavy drink menu, he's serving craft whiskey and frozen drinks for a slushy machine. "We've been having a lot of fun testing it," he says. However, he's most excited to be the Kentucky ambassador for the region. "All the Southern purveyors I've worked with for over a decade now are rooting for me here, and that feels really special," says Lee. 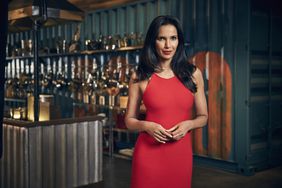 Everywhere the 'Top Chef' Crew Has Eaten in Louisville—So Far 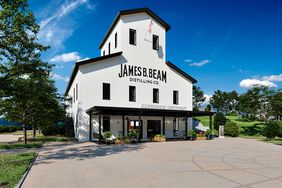 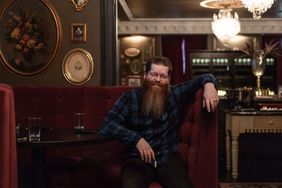