Pies are more than just dessert: They are an exercise in evenhandedness, meant by design to be sliced and shared with loved ones. Whether they're brought out at the end of a communal meal or presented as an excuse for an impromptu afternoon get-together, when people gather to eat and talk over pies, good things happen.

A truly great pie brings people together. That's just a fact. If you're going to make a memorable one, you have to put a little part of yourself in it and take something from what's around you. Sure, a store-bought pie shell and canned filling can be baked, sliced, and served (and folks will feel lucky to eat it). But there's a particular alchemy that occurs when a baker gets their hands in the mix, working the flour and fat to just the right feel and composing a filling from ingredients that taste like a particular place and time. Pies are more than just dessert: They are an exercise in evenhandedness, meant by design to be sliced and shared with loved ones. Whether they're brought out at the end of a communal meal or presented as an excuse for an impromptu afternoon get-together, when people gather to eat and talk over pies, good things happen. For these five pie makers, that's a perfect opportunity to use their wares to help make the world just a little sweeter.

Justice of the Pies, Chicago

When Maya-Camille Broussard was young, her father, Stephen J. Broussard, a criminal defense attorney on the West Side of Chicago, would pull her away from the TV and into the kitchen. She later realized these lessons were about more than cooking. "Baking taught me to be precise while also being patient," says Maya-Camille. Her father was passionate about helping his clients to reform their lives, and at her shop, Justice of the Pies, which Maya-Camille started in his honor, community development and creating employment opportunities are key ingredients. "No matter where a pie is made in the world, it's still a pie that we can all enjoy," she says. "Similarly, no matter a person's gender, sexual orientation, race, wealth, or disability status, they're still a person who deserves the best that life has to offer."

The Long I Pie Shop, Denver

Shauna Lott opened her pie shop with a mission in mind: to close the gap in employment and job skills training for people who could use some stability in their lives. For Lott, who for many years worked as a case manager for youth and refugees, it starts with bringing people together over something they can all dig into. "Pie feels like such a representation of community in the way that it is shared and served," Lott says. The simple act of sharing one of Lott's handmade pies helps lead her customers into deeper conversations. In her words: "When you cut a pie into even pieces, everyone around the table is equal for one moment, because they all have the same slice of pie."

"People say pie is a very American thing. And what is America?" asks Krystal Mack. Her answer comes in the form of a pie, influenced by the community around her. There's ube (purple yam) from the Filipino-Americans who make up a vital part of Baltimore's culture, as do the Taiwanese and Southeast Asian residents from whom she learned about the five-spice and coconut in the mix. A dab of toasted marshmallow brings in the fun, quirky Americana of a black Thanksgiving, Mack says. "This pie represents true cultural exchange—which can be really beautiful when it's done the right way," she says. If you spot her pies at a neighborhood store, it means that place's practices uphold her values, whether through supporting survivors of sexual assault, the DACA community, or local Maryland farmers.

"A customer once told us that you can't be stressed in the presence of a pie," says Nicole Eiden (pictured at left). "That just sums us up." She and friend Marielle Dupré (at right) both evacuated New Orleans during Hurricane Katrina, but they reunited years later and got to work on a venture that would complement the food culture of their city. Windowsill Pies, opened in 2011, honors Louisiana traditions while testing the boundaries of Eiden and Dupré's imaginations. That's made their pies—which include a vanilla-bourbon pecan pie and a pumpkin pie with pepitas—favorites with local charities and the creative community. Eiden and Dupré sell their pies out of a commercial kitchen and in stores around the city. Their next big project is a brick-and-mortar café, where they're committed to inclusive hiring, which in turn "creates more inclusivity in our customer base, which is something we're really trying to create here in New Orleans, where people's habits and places they go are still highly segregated," says Eiden. "It's one small step, but we'd like to see our city continue to change for the better."

When she was 16 years old, Jaynelle St. Jean got a pie-baking lesson from a boyfriend's mother. "I couldn't believe that just five basic ingredients could come together to make something so delicious," she says. With it came an enduring analogy: "You can put together a wonderful life if you can just work with what you have." Years later, that guidance has led St. Jean to a baking career that she uses to bring her neighbors together. At PieTisserie, St. Jean teaches pie-making classes along with a philosophy that encourages "random acts of sweetness": making something and sharing it with the people around you in a delightful and unexpected way. 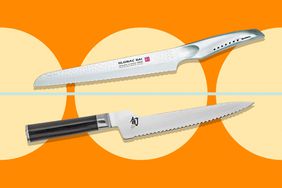 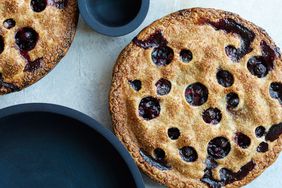 5 Reasons Why Pie Is the Best