The impact of a chef lost too soon.

I remember exactly how I felt when I saw a picture of Patrick Clark for the first time. The chef had dark brown skin like mine, and his grin was bright and wide, reminding me of those my uncles share at family gatherings. He looked healthy, self-assured, and confident. A list of accolades and adulation accompanied his portrait like a tail on a comet: He’d been the executive chef at the groundbreaking New American restaurant The Odeon at age 25, a James Beard Award–winner—a first for a black chef—at 39. He’d made television appearances aplenty, and his cooking drew love letters from food critics. Unlike the (mostly) French chefs whom I’d studied in culinary school, he wasn’t wearing a tall white toque, and his close-shaved hair matched the thick black mustache atop his smile. He seemed instantly familiar to me though I’d never seen his face or even heard his name. I knew I should know more about this man. But unlike his contemporaries, whose names I’d been taught in school and always seemed to be on the lips of white chefs and food editors, he’d seemingly faded from collective memory. Edouardo Jordan, chef at Seattle’s JuneBaby and Salare, had a similar experience. “There wasn’t a lot of talk about black chefs in culinary school, so I did some research and his name popped up,” he remembers. Like him, I needed to understand. I grabbed my laptop.

I found a grainy video of Clark competing in the 1997 Iron Chef World Cup semifinals. “American chefs have for a very long time been in the background of the French and the Chinese and the Japanese,” Patrick Clark says, his high-pitched, raspy voice betraying his Brooklyn upbringing. “So this is a good chance to show our best strength here at this competition.”

I could see his pride at being invited to represent the United States. But I also knew what the outcome would be. Clark lost that round of the championships to Alain Passard, and just a few short months after the program aired, he died of heart failure at age 42. Fat tears fell on my keyboard as I conceded to the space between the time this video was filmed and the time I now occupied—years and decades between. I put my head in my hands, shaking with anger at his erasure, guilt for not knowing of him sooner. As the video ended and my sobs slowed, I got to work chasing down every word ever written about Patrick Clark—and trying to understand why his name had been excised from the conversation.

I soon learnedthat Clark was a classically trained powerhouse of a chef and one of the leaders of New American cooking in the late ’80s and ’90s after studying under Michel Guérard in Eugénie-les-Bains, France. There he learned cuisine minceur—focusing on healthy approaches to French dishes—and applied this sensibility to the menu at The Odeon in New York, where he was made executive chef. Clark’s cooking was energetic, attracting the attention of chefs, restaurateurs, writers of New York City, and beyond.

His cooking showed a deft understanding of texture and temperature and a playful approach to tradition. Poached eggs perched on creamed spinach with hollandaise, while crisp blanched green beans and carrots adorned delicate poached veal medallions—classic dishes juxtaposed against The Odeon’s casual, almost cafeteria-like, atmosphere. It was a fine-casual restaurant before the term was created.

Author and former Gourmet editor Ruth Reichl took note of Clark’s food at two different points in his career: at Bice, an Italian restaurant in Los Angeles, while she was the restaurant critic at the Los Angeles Times from 1984 to 1993, and at Tavern on the Green, when she held the role of food critic for the New York Times from 1993 to 1999.

“He was doing really interesting American food,” she recalls. “It was like suddenly you’ve got someone thinking with an American mind-set who doesn’t look to other countries.”

In 1994, Clark won his Best Chef: Mid-Atlantic Region James Beard Foundation Award for his cooking at The Hay-Adams hotel in Washington, D.C. Danielle Reed Rivera, his sous chef, attended the awards with him. “He didn’t even celebrate that night,” she says. Awards are nice, but Clark wanted to be in the kitchen making good food. “We were back to work the next day.” Humility was a core part of Clark’s character and leadership. On the night of that historic James Beard victory, “he called the kitchen and said ‘we won.’ It was so great that he said ‘we’—not ‘me’ or ‘I,’” says chef Donnie Masterton of The Restaurant in San Miguel de Allende, Mexico, who first worked with Clark as a line cook at Metro, a restaurant Clark opened in 1988, and collaborated with him at Bice, The Hay-Adams, and Tavern on the Green.

“He really made sure each part of a dish was as perfect as possible,” Masterton continues. A dish as simple as a clay pot chicken roasted with garlic and herbs and served with potato pancakes showcased Clark’s technical skills. “His food was ingredient-driven, seasonal; it was a composition.”

Clark was also part of the second wave of celebrity chefs, making appearances on Julia Child’s Cooking with Master Chefs, Great Chefs of the East, and the original Iron Chef. “If he were still around, he would be bigger than Emeril,” says Scott Alves Barton, PhD, who cooked with Clark at The Odeon and Metro and went on to study African American foodways at New York University. In 1995, Clark took on the gargantuan task of leading the kitchen at Tavern on the Green, one of the busiest, most high-profile restaurants in America at the time.

“Tavern on the Green is really tough,” Reichl says. In her one-star review of the restaurant, she praised the food but called the service the rudest in the country. Clark took the review in stride and sent her a handwritten thank-you note.

Less than three years later, Clark died while waiting for a heart transplant at only 42 years old, a time when most chefs—especially those who achieve his stature—are fine-tuning the ways they translate their unique perspective through their food. The chef community, led by Charlie Trotter, held events commemorating Clark and even put together a cookbook to raise money for his wife, Lynette, and their five children. It included warm remembrances and recipes from a host of his peers—Thomas Keller, Jacques Pépin, Alice Waters, and Daniel Boulud among them. Marcus Samuelsson wrote, “As a young chef arriving in New York, I frequently looked to Patrick for guidance and inspiration. Being the most famous and respected black chef in the U.S. was a huge responsibility for him, and one he gladly accepted. As a role model and leader, Patrick opened many doors for young, aspiring chefs who otherwise would not have chosen this industry.”

It’s hard to not feel cheated out of Clark’s foundational American cooking and mentorship for chefs when I think about his story. Seeing how committed he was to his craft and advancing American cuisine, and how he was so clearly revered by his peers, makes me question why he’s been largely forgotten. But I fear I know the answer: Like many black chefs, his work is neglected in favor of white chefs who stand upon it. Instructors and editors don’t uphold his legacy because the people and places they cover haven’t always given him the credit he deserves. This erasure may be unconscious or born of ignorance, but either way, it’s cyclical and pervasive; perhaps worst of all, it robs a rising generation of chefs of an opportunity to learn the full story of the diverse forces who have shaped our country’s fine-dining culture.

Because when we know where to look, we have to recognize the impact of Clark’s work across the restaurant landscape. I see it in today’s dining scene, with its plethora of fine-casual restaurants, and I see his influence on a generation of black chefs, like JJ Johnson at Henry at Life Hotel in New York City, Mashama Bailey at The Grey in Savannah, Georgia, and Edouardo Jordan. I especially see it in Preston Clark, Patrick’s son who is the chef at Lure Fishbar in Manhattan.

“When you talk about American cooking, you have to talk about my father,” Preston says. Though there don’t seem to be official statistics for black-owned fine-dining restaurants, then or now, I know that his father’s story of restaurant ownership in Manhattan is still so incredibly rare. I wish it wasn’t.

Within Patrick Clark’s story is the story of black chefs—so essential to the history of cooking in this country but still invisible—and an inheritance of possibilities for black culinarians. I know that just like me, there are plenty of black people searching for chefs who look like them, who have to piece together Clark’s story, as I did that night, so they can recall it when they need inspiration. But everyone should know his story.

“There should be a Patrick Clark Day,” says Jordan. “He paved the way for a lot of us. I’m constantly asking myself if he would be proud of me.”

At the 2018 James Beard Awards, Jordan became the first black chef to win the Best New Restaurant accolade for his restaurant JuneBaby. He thanked Clark in his acceptance speech.

I’ve been moved to tears over this chef’s legacy two other times since watching that Iron Chef clip. Once was when I heard that when Clark was in the last few months of his life, staying in a hospital in New York, he asked his family and sous chefs to bring fresh seafood and produce to his room, where he prepared meals for himself and his fellow patients. The other was when Jordan told me that Clark’s wife, Lynette, called JuneBaby to thank him for mentioning her late husband while he stood on that stage.

Recently, I spoke about Patrick Clark to a class at Brownsville Community Culinary Center, which is not far from Canarsie, the southeastern Brooklyn neighborhood where Clark grew up. The first slide of my presentation was that same photo I’d first seen of him. I watched as the students’ eyes lit up with a mix of familiarity and curiosity as they saw a chef who looked like them. And it became clear to me in that moment that Clark’s story doesn’t just illuminate the past. It lights the way forward.

“There should be a Patrick Clark Day,” says Edouardo Jordan. “He paved the way for a lot of us. I’m constantly asking myself if he would be proud of me.” 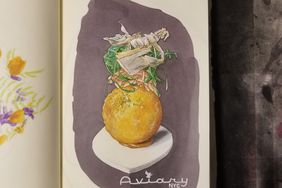 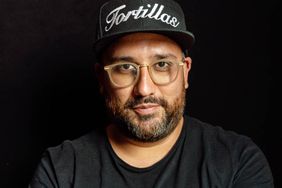 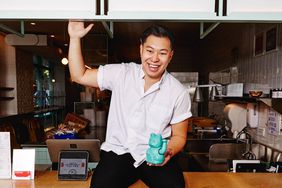