Pie fans, get excited: Nicole Rucker is launching her own place.

Later in the year, probably during the summer, you'll be able to walk into a new Los Angeles bakery-restaurant at 142 S. La Brea Ave. and casually order a slice of pie like it's no big deal.

But this is a huge deal. The woman behind the pie is Nicole Rucker, who makes perfect crust and transcendent seasonal fruit fillings and a habit-forming chocolate chess pie.

It hasn't been the simplest thing getting Rucker's pie in the last couple years. Rucker opened both Gjelina Take Away and Gjusta in Venice with chef Travis Lett. After leaving Lett in 2015, she joined the restaurant group that operates The Golden State, Cofax, Prime Pizza and Bludso's with plans to open her own bakery. Now that venture is finally coming to fruition.

In the meantime, you can order pie from Rucker by e-mailing her and picking it up at Cofax. Or you can buy her chocolate chess pie at Bludso's. She's also had some pop-ups and recently ran a stand at the Smorgasburg food market. Her pie is used to make concretes at Shake Shack's new L.A. outposts. And you can buy her excellent doughnuts at Cofax. But until her still to-be-named bakery opens on La Brea, there isn't a place where you can just stroll by every day for Rucker's seasonal pies.

The crust is the base. It's everything. It has to be really good.

My wife, knowing how much I love Rucker's pie, e-mailed her last year asking if it might be possible to purchase a pie-of-the-month-club membership for my surprise birthday present. Rucker said yes, and anybody else who wants to reserve a pie a month for six months to a year is free to contact her as well.

Don't just take it from me when I tell you that Rucker's pie is wonderful. Let's go back to how she decided to focus deeply on pie.

"I really like competitions, and that's really how it started," she says. "I started working on pies so I could win this competition."

She's referring to the 2012 KCRW Good Food pie contest. Rucker didn't just win. She destroyed a competition where 285 pies were entered. This was Michael Phelps-level dominance. Rucker won first place for both fruit pie (blackberry huckleberry ginger) and savory pie (pork and peas). She also won for best crust and best in show. Then in 2013, Rucker competed in the National Pie Championships in Orlando and won a blue ribbon for her apple pie.

Not bad for somebody who learned about cooking as a teenager by watching "Jacques Pépin and Julia Child and the first Jamie Oliver stuff when he was riding around on a scooter and doing really simple cooking." Not bad for somebody who went to art school in San Francisco, decided that being a photo assistant or a lighting assistant wasn't what she wanted after graduating, and then got a job at a San Diego café by making a fake resume and having friends vouch for her.

By the time she met Lett, Rucker had also "learned on the job" about baking at Jason and Miho Travi's Fraiche in L.A. Lett hadn't tasted any of her pastries or pies, though. He met Rucker when she was working as a barista at Intelligentsia. But something about their conversations made Lett take a flyer on Rucker, who became the general manager and baker at Gjelina Take Away. And even before GTA opened, Lett and his partner Fran Camaj were already talking about developing a full-on bakery with Rucker. It's kind of amazing to think about what Lett and the woman he met when she served him coffee ended up creating: Gjusta is a wildly ambitious three-meals-a-day bakery and deli with 10 different kinds of bread, house-smoked meat and fish, and a enormous variety of pastries and sandwiches.

"That's really his style, to take big risks in people," Rucker says of Lett. "To his credit, we talked extensively before I came on to work for him. It was his intuition. He just trusted me and then it worked out."

Despite Rucker's relative lack of experience, she was a self-taught fruit savant.

"I find so much joy and wonderment and inspiration in finding fruit and using it," she says. "I grew up being the kid that was eating tiny strawberries that people grew for ground cover in their yard. I would eat those when I would pass by them."

Growing up in San Diego, she would also grab loquats and lemons off other people's trees. And sometimes there were pomegranate trees that would creep over her family's fence.

"We would steal the pomegranates like little scavengers," Rucker says.

She would eventually move with her mom to a house "with a peach tree, plum tree, apples, pomegranates and apricots all in one backyard."

Rucker and her husband grew about 200 pounds of tangerines in their L.A. backyard this year: "We've used every single one of them." She gets bananas from friends who have their own trees. And being an L.A. commuter means she knows things like where figs are growing under the freeway.

Beyond her love for and skill with fruit, Rucker's pie is phenomenal because she really understands the importance of salty notes and tartness. She's thought a lot about the history of pie, about how it started as a form of preservation, which meant filling pies with something really sweet and having the crust be an afterthought.

"If we're going to start with someone else's recipe to test a new thing, I usually reduce the sugar by 20 percent and increase the salt by 50 percent," Rucker says. "That's the standard adjustment that needs to be made, especially if it's a vintage recipe we're trying to re-create."

Rucker isn't into making pies that will last a long time. She focuses on freshness and bakes pies she thinks should be eaten in a day or two. She's writing a book about fruit, coming out in 2018, that will have recipes for pies including a new banana pie and a strawberry pie she hasn't served anywhere yet. There's going to be a long section about pie crust: "The crust is the base. It's everything. It has to be really good. I wouldn't make a shitty crust that tasted liked nothing and then put a bunch of expensive stuff in it."

The book is being written with "a very scrappy, not formal tone," Rucker says. "What I'm working with right now is the idea that so many of these recipes can be used be for so many different fruits. What matters is that you're inspired to make something and not hindered by a season."

Rucker doesn't like boundaries. So her forthcoming bakery/restaurant will be about a lot more than pie.

"I think people are going to be really surprised because, right now, everybody knows me for making pie," Rucker says. "I think people will be delightfully shocked that I can make other things."

Rucker laughs and then elaborates: "It sounds so funny to say this: My business partners and myself have a very serious soup study. We love soup and we don't think there are enough places to get an excellent bowl of soup, reliably, every single day in Los Angeles. Our soup culture is kind of lacking. Everybody likes matzo ball soup, but most of the matzo bowl soup is terrible."

Like Gjusta, Rucker's next spot will serve breakfast, lunch and dinner.

"We're going to do bread and pastries and pies and soups and salads and sandwiches," she says. " I think that's the part that people will be surprised by. I've already gotten some questions. When someone who makes bread in L.A. heard I was opening a bakery, he was like, 'Oh, wow, you're opening a bakery. Who's going to make the bread?' I'm going to make the fucking bread, dude, what do you think?"

Rucker smiles: "It's fine, I like being an underdog in that way. That's kind of catty of me, but I don't care."

If you're someone who competes in bread or soup contests, you should probably start getting worried. 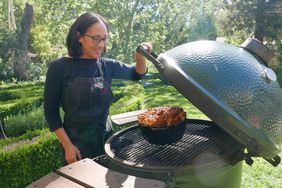 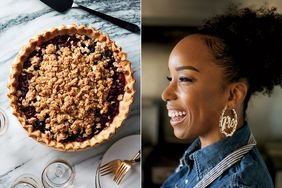