"It's like eating a liquid sandwich. It's so good!"

It's no surprise that French onion soup is one of the most ordered menu items at Petit Trois, Ludo Lefebvre's Los Angeles bistro. As the chef puts it, "It can be cold outside — yes! — you sell onion soup. When it's hot outside, do you want to eat onion soup? People, yes." That's why this episode of Lefebvre's Ludo à la Maison tackles the French classic, which is built on three key ingredients: beef stock, caramelized onions, and cheese (he uses a block of aged Swiss here). Read on for tips on achieving gooey, steaming French onion soup perfection, and watch the chef make his go-to version, which he describes as "like eating a liquid sandwich," in the clip above.

According to Lefebvre, they caramelize very well and are the perfect texture for this particular dish.

But throw away those onion centers!

"You don't want those in your soup," the chef says. "It's a little bitter."

Lefebvre cautions against chopping your onions too small. Remember, you're going to sear them and then cook them in the soup — if they're too tiny, they won't maintain any crunch.

It's necessary if you want them to caramelize evenly. Is this some very specific onion prep? Yes. Is it worth it? Also yes.

It has a neutral taste and a high smoke point, meaning your onions are less likely to burn during the caramelization process.

It's Lefebvre's secret ingredient. "It really brings back more flavors of the beef," he says.

Don't skimp on the cheese

After spooning the soup into oven-safe bowls, the chef tops each one with layered stacks of sliced Swiss. "We call it generosity," he says.

Once you put your soup bowls in the broiler, it's best to keep an eye on them. Lefebvre pulls his out once the cheese hits that bubbly-crispy sweet spot.

Get the Recipe: French Onion Soup
Was this page helpful?
Thanks for your feedback!
Tell us why!
Related Articles 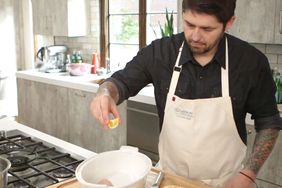 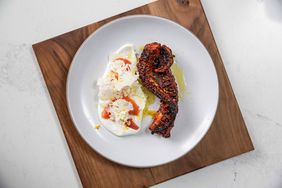 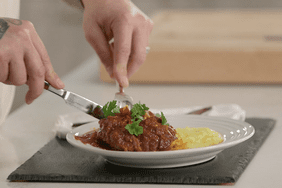 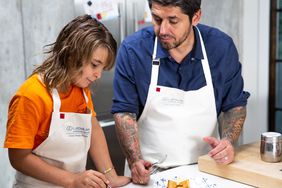 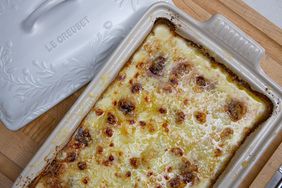 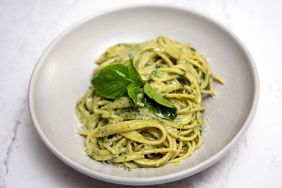 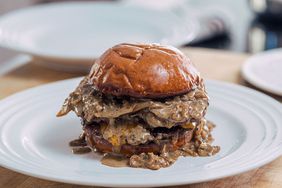 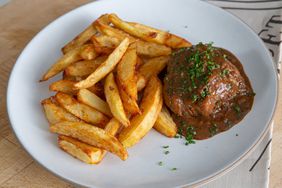 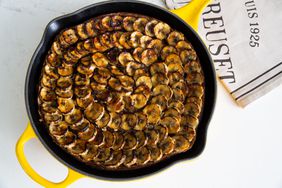 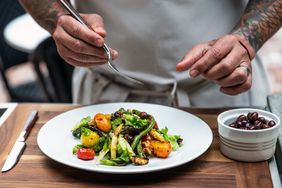 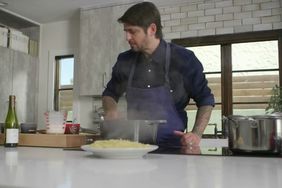 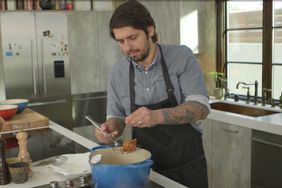 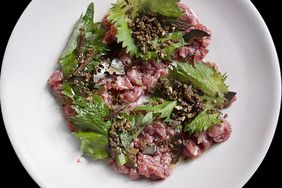