Be the Kind of Boss You Always Wanted to Have

Dawn Perry is the food director at Real Simple. She has also served as the culinary content editor at meal-kit delivery start-up Martha & Marley Spoon. She has worked as a food editor in the kitchens of Martha Stewart's Everyday Food and as digital food editor at Bon Appétit. Her work has been featured on Epicurious, Delish, Tasting Table, and Extra Crispy. .

Restaurants, with their social setting and non-traditional hours tend to draw employees for whom a more conventional workplace isn’t a fit. For whatever reason—authority issues, corporate distrust, weirdness of whatever kind—the service industry welcomes those for whom the traditional path just didn’t fit. Including me (see authority issues). It is a motley bunch with few women.

Many of us did our time, burned out, and landed in food media, a job filled with mostly women and performed largely during daylight hours. It’s an interesting cross-section of people: journalists and brilliant writers who happen to have a passion for food and cooking, and a lot of ex-restaurant cooks who left the late nights, long shifts, and thankless hazing behind. When I started in restaurants I knew I wouldn’t last. Not because I couldn’t hack it—although, I am a terrible line cook, too prone to chit-chat—but because I wanted a family one day. From everything I could gather, restaurants weren’t super hospitable to pregnant women or working mothers. Even my female bosses had sharp edges that didn’t jive with the supportive work environment and healthy work-life balance I envisioned for my future, family or no family.

Over the past 10 years in food media (a term I didn’t even realize was a thing until I was asked to teach about it) I have worked mostly with women. Even in more masculine workplaces my direct supervisors and most of my kitchen peers have been women, and that is generally the case in food editorial. And while female solidarity might seem a given in our current climate, it is not.

We are pitted against one another, by our peers, and even by our superiors.

We belittle each other, call each other names. I’ve been not-so-secretly favored, given control while my equally talented and qualified colleagues watched me literally put hands all over their food.

One co-worker put her fingers and thumbs together so a gaping hole appeared. “You know what that is?” she asked “That’s a pigeon hole and that’s where you’re headed.”

I was warned about female colleagues talents or tempers, told to be wary of both. “She’s queen bee. Be careful.”

I was 1. Called a show pony within ear shot. 2. Accused of not being able to cope because I had cried a couple times at work. 3. Told, “This is the position you’re going to have here.” All fair, really. I was 1. Having a particularly good hair day. 2. Having trouble managing the shit storm of ego, disorganization, and insecurity at that workplace. 3. It was the job I would have there. Not because I left (which I did of my own accord), but because I didn’t know how to advocate for myself and stand up to a boss who consistently made me question my professional abilities.

It’s wrong to assume that just because someone is a woman that they will understand your experience even within the same industry. There is certainly no guarantee that they will be sensitive or gentle in any way. There are certain broad strokes we all grasp, common experiences that have been, ahem, grasped. Despite those similarities, regardless of the fact that we’re outnumbered, we haven’t banded together the way we should.

We work in a dying industry. I don’t think I’m supposed to say that. Rather, we work in an industry going through a radical transformation. Those of us who have spent a decade or more becoming fluent in instructional recipe writing are being replaced by videos with no instructions at all. There are fewer and fewer positions like mine to go around: a lot of thirsty kittens and only so much milk.

So we’ve become hypercompetitive. With our peers, our superiors, and even those who report to us. We’re scared of one another, intimidated by talent or youth, forced to hold our cards close to our chests rather than share our knowledge, experience, and expertise with one another. We isolate ourselves instead of championing each other’s ideas. We drive down separate lanes, when we should all be together in the HOV. We’ve become so competitive that it’s stopped being fun.

And isn’t that the point? We certainly didn’t get into this line of work to make the big bucks and we’re not saving the world so for goodness sake it should be fun.

It starts at the top. Trickle-down vibes you could call it. I’ve had good managers and bad ones. Bosses who were brilliant and bosses who were batshit. Micromanagers and absent ones. I’ve learned a lot from all of them, but more often than not I’ve left knowing how I didn’t want to manage.

As soon as you accept a management position of any kind you have to accept that you’re in a teaching position. That’s how working works: you start a job, learn as much as you can, and then move on to learn even more. And as managers we have to be OK with that. As soon as I accepted a management position I became a teacher. I will learn from those who report to me how to be a better boss and how to be a better employee—enthusiastic, committed, kind. I will teach my team everything that I know and do my best to lead by example.

Some days I do better, keep my cool, stay patient, organized, supportive. And some days I know I can do better. We can all do better.

We can champion great ideas, take turns, make space. We can tell each other when we can do better, set goals, and design action plans to achieve them. It’s my job as a manager to help set those goals, make them realistic, and make my expectations known. Recognize strengths and do what you can to support them. Recognize (and/or admit) weakness but don’t put it on public display when it’s not your own.

Ask questions. Ask for help. Be yourself and let them be themselves.

Support them as peers, champion them as colleagues, and advocate for them as mentors.

It’s not in a manager’s job descriptions to make their direct reports feel good. But it certainly doesn’t hurt. I’ve spent the last day and a half looking for a quote from, I think, David Sedaris. In one particular story, a young David asks his mom, “What’s a bitch?” His mother replies, “A bitch is someone who won’t let you be yourself.”

I ask this of myself and all of the women in positions of leadership: Be an honest co-worker, be a cooperative colleague, be a conscious advocate. Be a boss. But don’t be a bitch. 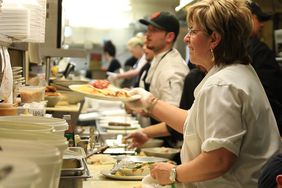 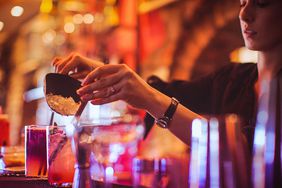 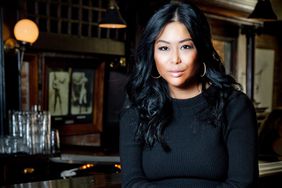