Chefs Around the Country Are Mobilizing to Fight Anti-Asian Violence

Chef Tim Ma was maybe three or four on the night somebody threw a brick through the window of the bedroom he and his sister shared in their rural Arkansas home. They were too stunned to do anything except lie as still as possible, and they were too young to realize that they should wake up their parents, who didn't find out what had happened until the next morning.

This was one of several racist incidents that Ma says his Chinese American family experienced after his parents made the front page of the local newspaper for becoming naturalized citizens in a town where there weren't many Asians.

Like so many Asian Americans, Ma has had a complicated relationship with his heritage throughout his life. But now, after a year in which anti-Asian hate crimes have surged around the country, Ma knows it's time to be proudly Asian American and to do something for the AAPI community.

Ma, a Washington, D.C. chef whose portfolio includes the American Son restaurant and the Lucky Danger takeout concept, is the co-founder of Chefs Stopping AAPI Hate. This coalition is putting together a takeout dinner series in Washington, D.C. that starts on Thursday night, featuring weekly meals created by more than 40 chefs, and runs through AAPI Heritage Month in May. After chefs are reimbursed $10 per portion for their food, proceeds will be donated to nonprofits including Stop AAPI Hate and Rise Justice Labs.

Upon releasing tickets for the first three dinners, which feed two people for $150, Chefs Stopping AAPI Hate has already racked up nearly $20,000 in sales. In addition, the Washington, D.C. Mayor's office has pledged $10,000 toward the cause.

"We have to be vocal to be visible and to be viewed as American, or even just viewed as a human being sometimes," said Tien, the 2018 Food & Wine Best New Chef who now runs Moon Rabbit. "If we want to be able to have our grandparents and our kids go on with their lives without fear of being attacked, there's no more being invisible." The Vietnamese American chef remembers a childhood where he stopped playing in his Riverside, California, front yard after neighbors yelled racial slurs and asked if he and his sister ate dogs.

Tien and Ma are part of a movement of Asian American chefs who are mobilizing around the country. They've spoken to chefs in New York, Philadelphia, Boston, Pittsburgh, New Orleans, Los Angeles, Austin, and other cities about organizing Chefs Stopping AAPI Hate events, which they plan to announce in the coming weeks.

In the wake of the Atlanta shooting rampage that killed six women of Asian descent, restaurants like Austin's Seoulju and L.A.'s Hanchic are already donating some of their revenue to the #StopAsianHate movement. The AAPI Love Taste Bud T-shirt, which lists more than 100 AAPI-owned restaurants in America, is also raising money for the cause. This Sunday in Los Angeles, tea shop Steep LA will host a charity event with items from local Asian restaurants and pop-ups including RiceBox, Hayato, Ototo, and Kinkan, among many others. Every dollar from this event will be donated. Chefs Eunjo Park and Max Ng of the Momofuku restaurant group will have a virtual March 31 cooking class to bring in donations.

Pop Off LA is a series of chef collaborations around Los Angeles that will raise money for the AAPI community on May 16-23. This is a spinoff of the LA Food Gang virtual fundraiser that raised close to $60,000 on Clubhouse earlier this month. (As an Asian American writer who's spent years telling the stories of AAPI-owned restaurants, I'm also compelled to be part of this movement, and I helped form Pop Off LA.)

The Pop Off LA lineup will be announced in a couple weeks, featuring collaborations like Yu Bo with Tacos 1986 and RiceBox with Bridgetown Roti.

"I have never been more proud to be an Asian American chef, with our ally chefs standing beside us," said Shirley Chung, one of Pop Off LA's other co-founders. "We will not stay silent anymore. We are done with the 'model minority' stereotype."

Instead of Asian Americans retreating in the face of racism, the #StopAsianHate movement has been built around the power of unity. Chung's restaurant, Ms. Chi, had an incident last weekend where somebody walked in, stole a bag of takeout, and then yelled racial slurs at the chef's husband, Jimmy. Chung knows it's more important than ever to speak up against hate.

Chef Leo Lee of RiceBox is also done with internalizing the racism he's encountered. He recalls the guests that have come into his restaurant just to cough in the direction of him and his wife, Lydia. Long before the pandemic, RiceBox was the subject of a Yelp review that insinuated the restaurant was cooking cats.

"Lydia and I were bothered by the Yelp review for a couple of days," he said. "We kept asking ourselves if we upset a guest. We truly thought it was our fault. At the end, we knew it was simply because we were Chinese."

In Washington, D.C., both Tien and Ma remember how their parents wanted their children to be assimilated into American culture. Both chefs grew up eating a lot of American food, like hot dogs and burgers. Ma points out that he and his sister never learned to speak Chinese, and also that he doesn't even know how to cook traditional Chinese food. He has a restaurant named American Son because he remembers his parents introducing him to people as "their American son, Timmy." He understands that a lot of his childhood was about trying to erase everything about his heritage "except for his looks."

But one difference between Asian Americans like Ma and their immigrant parents, he says, is that this younger generation wants to assert itself in a way that the previous generation has avoided.

"We're born here," Ma said. "There's this vocalization of standing up for who we are and how we are here in America."

Ma remembers talking to his family on January 6, the day the U.S. Capitol was stormed. "My parents told me to run if there was trouble," he said. "Whereas my sister was, 'No, stand and fight. This is your moment to fight.' I think that spells out the generational difference." 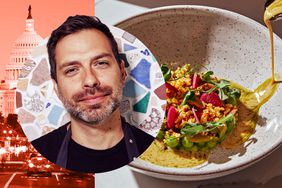 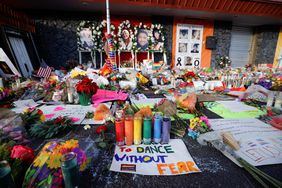 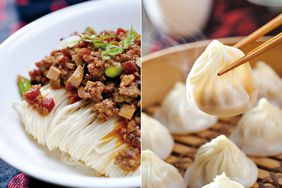 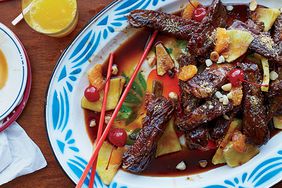