How This Restaurant Power Couple Brings Indonesia to the States

In Jimbaran, a fishing village in Bali, each beachside restaurant has its own little fish market. Outside of the restaurants, workers chop coconuts, using the milk for drinking and the husk for grilling. Inside, there are aquariums full of fresh seafood. You walk in and pick what you want, and the cooks grill it all. They bring your freshly cooked clams or grouper to a table on the beach. Your feet are in the sand, you’re overlooking the Indian Ocean, and the whole experience can be summed up in one word: magical. At least, this is how Cédric Vongerichten sees it.

Cédric, who is the son of Jean-Georges Vongerichten, has spent a lot of time in Indonesia. That’s where his wife, Ochi, is from. And it also serves as the inspiration for Cédric’s first independent restaurant, Wayan, which he opened in New York City in February. Yet Cédric acknowledges that there are limitations to running an Indonesian restaurant in Soho.

“We can’t bring the sand and sun,” he said, “but we try to do everything else as similar as possible.”

Some items at Wayan, like the satays, stay true to what you’d find walking the streets of Jakarta. But other dishes take more liberties, like Cédric’s gado-gado. This Indonesian staple is essentially a salad of steamed vegetables and hard boiled eggs topped with peanut sauce.

“I wanted to have that salad here, but I tweaked it,” Cédric said. “I did a version that I’d rather have, without disrespecting it.”

Avocados make up the bulk of Cédric’s take on gado-gado, which also includes radishes, sunflower seeds, and other ingredients that vary seasonally. He uses quail eggs for the egg component, and the peanut sauce is more like a peanut relish.

“I feel like the fact that I kept the three most important things—vegetables, peanuts, and eggs—means that I can get away with it,” Cédric said.

And then there are items that completely veer away from tradition but stay grounded in traditional ingredients, like the lobster noodles, which have become one of Wayan’s top-selling dishes. Using Indonesian noodles and spices, Cédric acknowledges that this dish is his own creation, rather than an adaptation of an existing dish.

In fact, Cédric and Ochi have a playful relationship with "authenticity." For instance, Ochi said that in Indonesia, people eat spring rolls and corn fritters with raw Thai chilies. At Wayan, they chose not to serve those dishes in the traditional way because, as Ochi said, “People will cry! My lips are always on fire, but it’s so good.”

Instead, they made a different addition to their spring rolls. “Over there, they don’t put mushroom because mushrooms are expensive,” Ochi said. But Wayan’s spring rolls have shittake mushrooms in addition to cabbage and carrots because, according to Ochi, “It tastes better.”

Years of eating Indonesian food and experimenting with Indonesian flavors have left Cédric with the belief that the foundation of Indonesian cooking is simplicity: fresh ingredients cooked well, flavored with a really good sauce. That’s exactly what he and Ochi are striving for at Wayan, 10,000 miles away from Indonesia. 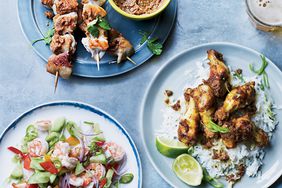 How a Chef Digs Up Undiscovered Flavors 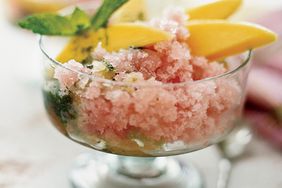 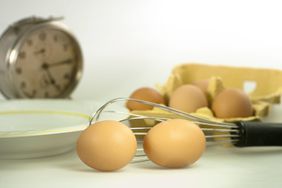 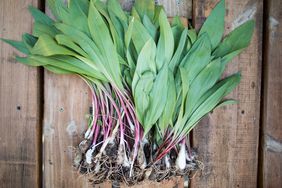