This joyful pastry chef’s bold and vibrant desserts are matched by her energy, humor, and enthusiasm to improve kitchen culture and help make the hospitality industry a more fair and equitable place.

The piña colada doughnut from La Bodega is a feat of pastry engineering. It's approximately as large at the head of an infant, but the brioche remains improbably light for something that has been deep-fried in a vat of hot oil. Its architect, pastry chef Paola Velez, wanted to create a dessert that made her feel like she was "at the Dole factory in Hawaii," so the doughnut is blanketed in an intensely pineapple glaze that's a pinch salty and slightly acidic thanks to the addition of lime juice and citric acid. The doughnut itself is sweet, but not overly so, with a gentle vanilla-bean cascade that lingers after each bite. To bring it all together, Velez stuffs each one with a pillow's worth of lush coconut-and-rum-infused pastry cream.

Velez's pastry creations—which include thick sticky buns rippled with pureed sweet plantain, hefty cookies she calls "thick'ems" packed with matcha powder and white chocolate chunks, and strawberry knafeh, bright pink with fruit and piled high with phyllo shards—are unapologetic in their size and flavor. They refuse to be background notes or secondary to a meal. They are not subtle. They are not fragile. They are celebratory expressions of technique and culture. They are like Velez.

"I just want people to get the most value and joy out of the desserts they possibly can," she says. The brilliance and boldness of her vision in the kitchen is matched by her commitment to using her success to help others. Over the past two years, while concurrently earning several accolades for her soulful and colorful pastries, Velez has emerged as one of the most vocal and trusted chefs in the culinary industry, speaking out against toxic kitchen culture, racism, wage disparity, and the lack of equity in the culinary world—especially for marginalized groups. Velez speaks about these subjects candidly in interviews and on her social media platforms. She manages to do it all through a lens of positivity, constantly shouting out peers in the industry, working in moments of playful humor to offer levity (just check out her TikTok account), and focusing on moments of joy.

Velez grew up in the Bronx, where her mother worked as an accountant and a host for her cousin's Manhattan-based Tex-Mex restaurant, Mary-Ann's. "She would work at night, and I would come and sit in the back booth," says Velez. "I chose that seat because it looked directly into the kitchen." She was hooked on the idea of being a chef at a young age and eventually attended Le Cordon Bleu in Orlando. Velez wanted to be a savory chef but was told that because she had such "tiny hands," she should consider becoming a pastry cook.

After culinary school, Velez moved back to New York, where she struggled to find work that was steady and that she loved. "I was in an apartment that didn't have even floors," she recalls. "There was no sink, no kitchen, barely a bathroom." That started to change after she convinced legendary chocolatier Jacques Torres to hire her, working her way up to a pastry sous position within four months. But no sooner had she found her footing than her husband's job moved them to Washington, D.C., where she had to start over from scratch. "I interviewed for like 15 jobs," Velez recalls. But she would hear the same responses over and over about how she was "not the right fit." During her interview at Iron Gate, out of frustration, she asked the owner to look at her Instagram, where she had been building a portfolio of desserts, before making a decision, saying, "Before you judge me based on what I look like, what I sound like, let me show you what I can do." She got the job.

At Iron Gate, for the first time, Velez was given the chance to run a pastry kitchen. She made just under 200 different desserts, from baklava to several types of cake, rotating them out weekly. She left when Kwame Onuwachi (2019 F&W Best New Chef) invited her to run the pastry program at Kith & Kin, where she showcased the flavors of her Dominican heritage through desserts like tamarind pecan pie topped with roasted banana gelato. Then the pandemic hit, and Velez found herself furloughed.

She turned to activism. Velez launched a doughnut pop-up under the name of Doña Dona, to help raise funds for undocumented restaurant workers. Shortly after the murder of George Floyd, she cofounded Bakers Against Racism and put together a global bake sale that went viral, which has since drawn 24,000 participants from over 15 countries and supported hundreds of local charities. Velez then worked as the pastry chef at Compass Rose and Maydan, two of D.C.'s most celebrated restaurants, while also running La Bodega, a (now on hiatus) desserts pop-up that she started with the goal of paying her two pastry cooks, Nikkie Rodriguez and DeAndra Bailey, and keeping them employed.

It was during the pandemic that Velez truly found her voice. "I just started sharing everything I was frustrated with because I was like, 'I think this is it,'" says Velez. At a certain point, enough was enough, she thought. "The foundation of our industry is broken. The pandemic shattered it. And I was like, 'They can't keep treating people like this.'"

Velez is determined to leave the industry better than she found it. "I hope that other people feel this kindred spirit," she says. "That they can be vocal, they can speak up and be exactly who they are and not have to cower to the expectations of what someone else thinks." She wants more people to feel like they don't have to "pay their dues," that they feel they can break the cycle. "I hope that others are inspired to do what I'm doing and do it unapologetically, so I'm not the only one," says Velez. "I don't want to become a monolith." 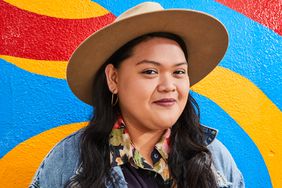 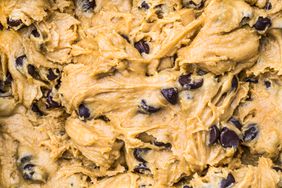 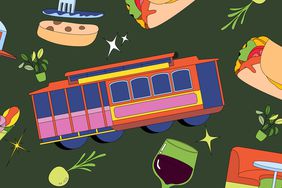