You need to dig deep in your memory bank to remember how to eat it. To a time before tasting menus and mother-of-pearl spoons and Zalto glassware. To the Outback off the highway or inside the good mall near your hometown, where there were free refills of the soda pop and the onions were deep-fried and always blooming. You know what I’m talking about, and you miss it. So when the “enoki bloom” arrives on your table at Jungle BaoBao in San Juan—looking like a hunk of coral with its tiny caps seized in batter, depth charged with mushroom powder, paprika, togarashi, and saffron aioli—you know just what to do.

This is just one jewel in the cocked crown of Jungle BaoBao, the kitchen inside San Juan bar JungleBird, from which food emerges with levity and thunderous flavor. At its helm is Paxx Caraballo Moll, a Puerto Rican chef who—on an island nearly entirely dependent on imported food—has been at the heart of a local movement for years. Moll was still in art school when they got their start in the kitchen at chef Roberto Treviño’s Dragonfly. “That first night I was wearing skateboarding shoes, so I was slipping all over the floor, but it was the most fun I’d ever had,” Moll recalls. “I was doing a million things; I felt important, like I was part of something. I fell in love instantly.”

Moll went on to work with Puerto Rican pioneers like Alfredo Ayala and Jose Enrique (a 2013 Best New Chef) and strengthened their relationships with the island’s local farmers at the late, beloved El Departamento de la Comida before launching their own food kiosk called Baoricua. But the devastation of Hurricane Maria cut the project short. “It was tough to get materials to work with. We would get up at 5 a.m. and try to find vendors in the street. We’d trade with other chef friends to get the ingredients we needed,” Moll remembers. “When the sun would go down, my partner, Audrey, and I would work by the lights of our iPhones because we had no electricity. In the end, it wasn’t viable to stay there.”

It’s all a point of pride for a beleaguered island that needs tourism dollars to help bring it back to life. Book a flight now: There’s an enoki bloom on the other side. 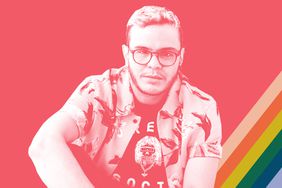 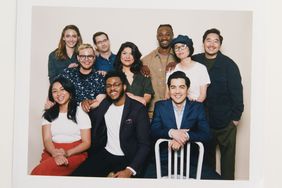