"I always call it the pork fat of pastry," says pastry chef Tiffany MacIsaac of Buttercream Bakeshop. "When a chef doesn't think a dish is good, he'll put a little pork fat on it. When I don't think a dessert is good, I'll add some passion fruit somewhere in the background. I'll often make a caramel with passion fruit instead of water or cream. It still looks like normal caramel, people don't always know what's in it, but it gives it a nice tartness. I'll add a little to a dish like a savory chef might add a gastrique."

"It's sodium, a little sweet and a lot of umami," says chef Andy Ricker of the mini Pok Pok empire. "You can try it in salad dressings or toss steamed veggies with it. Think of it as a liquid form of anchovy: It's not great if you have a big fistful, but if you put a little in then—boom!— the flavor of everything else pops. If you make a Caesar salad and you don't like anchovies, you could throw in some fish sauce."

Chefs Jonathon Stranger and Russ Johnson of Oklahoma City's Ludivine swear by this giant type of garlic. "It has this amazing smoky, sweet, earthy, super-umami flavor to it," Johnson says. "You can use it so many ways: Slice it, puree it, put it into sauces." "You can put it in anything, and it's just so much better," Stranger says. "It almost like you've added garlic smoked in porcini powder. It's so potent." "It's almost like vegetarian bacon," Johnson says.

"Oranges can enhance so many dishes, whether the rind or the flesh or the juice," says chef Jasper White of Boston's Summer Shack. "People don't even know what's going on sometimes when I sneak it in. Years ago I worked in the Caribbean, on St. Vincent and the Grenadines, where the only native citrus was the sour orange. Lemons and limes weren't even available. Once I got used to that, I always liked adding it. Even if I'm doing a simple vinaigrette for fish, I'll usually sneak in a little squeeze of orange."

"I first discovered it when I staged four or five years ago at Quince, Saison and Manresa," says St. Louis chef Kevin Nashan of Sidney Street Cafe. "Each place had these same bottles with Japanese writing, so finally I asked what it was. It's life-changing. It's a completely different flavor than anything you've ever had in your life. It comes in this big magnum bottle. It's aged in barrels in Japan, so it's quite expensive—I paid $102 for it. It's so yummy. It's a good Band-Aid for my food. Take our monkfish dish—we cure monkfish in shiro dashi for a couple of hours, and then smoke it for just 20 minutes because the shiro dashi is also a little smoky. It gives this beautiful, delicious aged flavor that you would never get any other way. It's almost Parmesan-y."

"It has lower acidity than a lot of other vinegars do," says Atlanta chef and Top Chef alum Kevin Gillespie. "When it's mixed with other ingredients it has a more neutral acidity, a more neutral tone than balsamic or even lemon juice. We even use it in desserts. Like an apple tart: Once it comes out of the oven, we'll brush the baked apples with a little bit of apple cider vinegar to restore some of that fresh acidity of a raw apple."

"I put it on most of my French food," says chef Aaron Barnett of Portland's St. Jack. "It seems nuts, except I know for a fact that at Daniel they put Tabasco in almost every dish. But I like the depth of Sriracha."

"We love lardo," says Michael Hudman of Memphis's Andrew Michael Italian Kitchen. "We'll use it by itself, or we'll render it down and use it in a vinaigrette, we'll crisp it up for a garnish, render it down and whip it. For example, we did lardo deviled eggs with whipped, rendered lardo instead of mayo. You can literally whip it like whipped cream. It's a neat way to elevate a Southern staple picnic food. With pickled mustard seed and pickled okra on top, they're the best deviled eggs in the world. We also keep a bottle of melted lardo and chicken fat and squirt it to finish off our hot dogs or clams. That's liquid gold. We'll do a lardo schmaltz blast to golden up our house-made sausages. Anywhere we can cram in some extra fat!"

"I have a bay laurel tree growing in my yard," says legendary chef Emeril Lagasse. "I use the leaves in soups and stews—I just like the flavor that they bring out. It's a flavor that most people don't recognize. A lot of that is because most use dried bay leaves. But there's nothing like a fresh one. It smells almost like holly."

"A little heat doesn't have to make things spicy, but it can make flavors pop," says Vail, Colorado, chef Kelly Liken. "I often don't mention when I use chiles on the menu, because I'm afraid people will think, 'Oh, I don't eat spicy food.' But we recently did a Kona Kompachi crudo with a jalepeño and blood orange jam, blood oranges and blood orange juice. The jalapeño brought so much of the natural sweetness out in the kampachi." 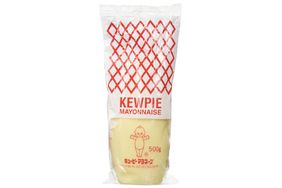 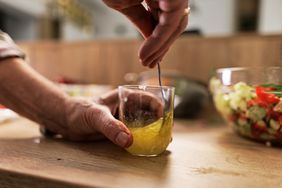